How to Make An Old Fashioned Drink 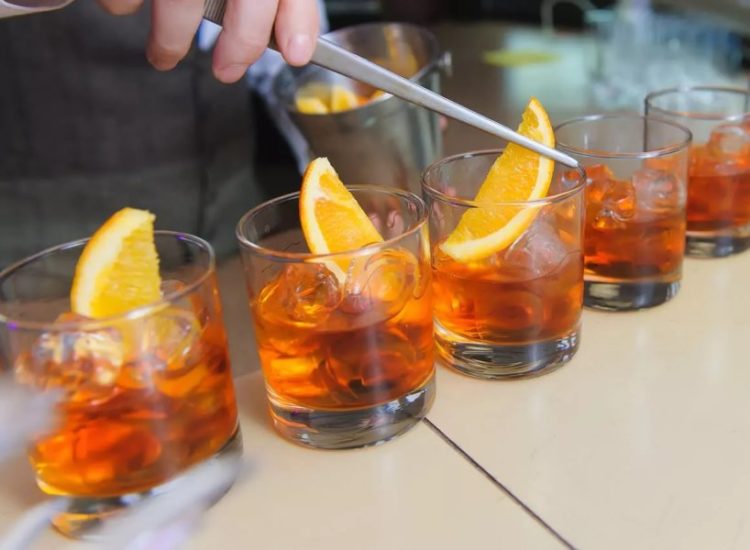 Nothing can go wrong with old things. Do you want to set the mood? Play the songs of Beatles or Led Zeppelin. Do you want to try something indulgent? Find your solace in apple pie. Do you want to have something to drink? It is time for you to make that old fashioned drink. While we are sure you have tried it at least once in your lifetime in a bar. However, if you have not tasted it even once, you need to make it now.

What is an Old Fashioned Drink?

Before we move forward to sharing the old fashioned drink recipe, let’s first unearth the delicious chronological study of the drink itself. For those who have never tried it once, the old fashioned drink is a form of cocktail. It contains muddling sugar with bitter and water. Moreover, it contains whiskey or brandy as its base. Although brandy is used in the drink less commonly. The drink is then garnished with an orange slice or lemon zest along with a cocktail cherry. Furthermore, the drink is served in an old-fashioned glass to elicit a sense of traditionalism.

The Balance and Columbian Repository in Hudson said of cocktails in 1806. They claimed that it is a mix of spirits, bitter, sugar, and water. It is the essential base of the old-fashioned drink. However, as time went by, the recipe became complex. Moreover, many new variations of cocktails also appeared throughout the era.

While most of the mixture of the drink used rum, gin, or brandy as the base, the inclusion of sugar and nutmeg as a garnish remained the same. With increasing complexity, many wanted something akin to the 1850s drink. Hence, the original cocktail remained in fashion even after many adaptations. Thus, it came to know as “old-fashioned”.

How To Make An Old Fashioned Drink?

Here we will share with you three Old fashioned drink recipes with three different bases. Moreover, one can serve all the drinks before dinner.

You need to first dissolve a small lump of sugar with water in a rock glass. Then you need to add two dashes of Angostura bitters. After that, you have to add a small piece of ice, a lemon peel, or an orange peel. Furthermore, now add one bigger whiskey. You have to mix the drink with a bar-spoon and serve with a spoon.

Take a small bar glass first. Then you have to add at least 3 or 4 dashes of gum syrup into it. After that, you have to add one glass of gin. To it, pour one or two dashes of Curacao. Then, the final touch to the drink is the lemon peel and ice cubes. You have to assure that you add one-third of fine ice to the drink and shake well before serving.

First, you have to crush a small link of sugar in the whiskey or rock glass using a little water. Assure that the sugar is dissolved. Now put a lump of ice into it. Then, to it, you have to add two dashes of Angostura bitters, one big piece of a lemon peel without the white bitter part of it. Moreover, to it, now you have to add one jigger of Holland gin. Now, mix thoroughly with the small-bar spoon before serving.

One can easily add the Irish, bourbon, or rye whiskey as per their demand. Moreover, in some regions, brandy is one of the best substitutes for whiskey. Although the use of spirits in some bars is common, you can even add gin to it.

Furthermore, the concept of adding gin became famous in the 1940s. Since then, old-fashioned has been made with such modifications. Nonetheless, you can even replace the common garnishes of the old-fashioned.

So, rather than just sticking to lemon peel, you can use orange peel or, cherry or any seasonal fruits as well. Moreover, you can easily replace the sugar with blood orange soda or any other soda as well.

Although many have found their muse in the modern version of the old fashioned drink, one can never go wrong with tracing their steps to the route.