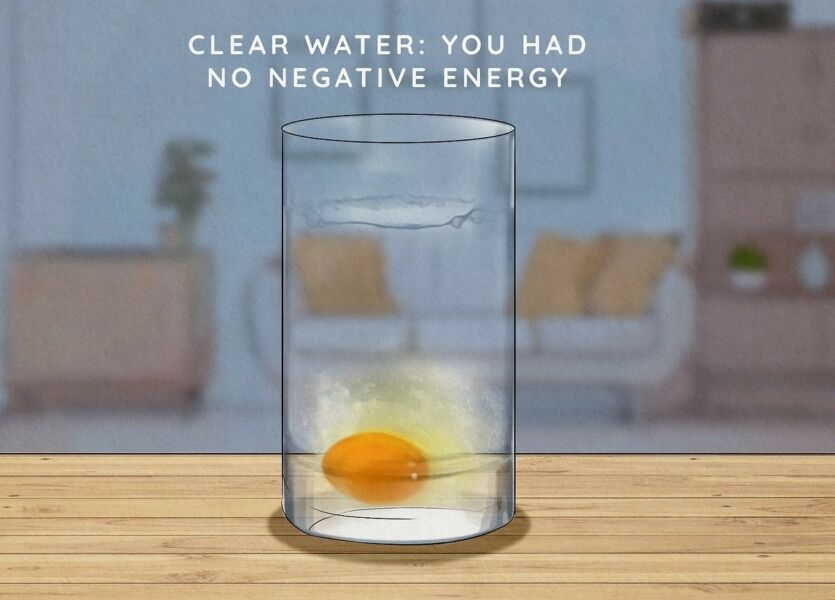 You can sense when your energy is awry; you can feel down or have some poor luck. Further, you can feel more like yourself again by getting rid of that bad energy with egg cleansing. We’ll explain how to conduct an egg cleansing in this article, along with how to interpret one. By reading on, learn how to utilize an egg cleanse on a loved one or yourself.

What is an Egg Cleanse?

An egg cleanse is a method for removing unfavorable spiritual energy.

Egg cleanses are now used by people to free themselves or their loved ones of any negative or toxic energy that may be dragging them down. Further, egg cleansing originates in many ancient societies worldwide, including Mesoamerica, Scotland, and Greece.

How to do an Egg Cleanse?

1. Cleanse the egg in salt water and lemon juice

Any bad energy that the egg may have accumulated is removed by cleaning it. Using your preferred prayer, gently wash the egg in the water. Further, squeeze some lemon juice into a glass of water after adding a teaspoon salt. The egg should be washed in clear water and gently dried with a towel.

Although cleaning the egg is optional, many spiritual authorities advise it.

2. Fill a glass up with room-temperature water

Grab a crystal-clear glass, and fill it with tap water about one-fourth of the way. Furthermore, several minutes should pass for the water to reach room temperature before you begin the egg cleanse.

3. Set an intention with the egg before the cleanse

Pick up the egg and gently warm it between your hands. Blow or speak your wish onto the egg, mentioning any toxic or unfavorable energy that you want to cleanse yourself of. Moreover, what you might say is:

4. Run the egg over your head, ears, and face

Holding the egg in one hand, begin by laying down or sitting comfortably. Move the egg about your face and ears after rubbing it down the back of your head. Rub the egg along your eyelashes while your eyes are closed, and then rub it over your lips.

5. Move the egg down your body, running it along yourself

Imagine the egg sucking out your negative energy as you go from head to toe. Further, to expel any negative energy, rotate the egg slowly in a clockwise direction. While doing this, you can focus solely on the present moment or utter a prayer of your choice.

6. Crack the egg into the glass of water

After finishing the egg cleansing, carefully crack the egg into the water you had previously, aiming to preserve the intact yolk. So that you may examine the water and analyze your findings, let the egg sit for 5 to 10 minutes.

How to Read an Egg Cleanse?

1. Look through the glass, not down into it

Place the glass so you can see directly into it on a table or counter after letting the egg settle in it. Further, look at the egg whites, the yolk, and the water to see what they look like. Following that, you can evaluate what they’re telling you using the rules listed below.

2. Smelly water or blood means there may be evil spirits around you

Bad-smelling blood or water is an excellent sign that you have been the target of magic. Additionally, it can imply that you’re suffering from an undiagnosed condition or illness.

3. Bubbles mean that negative energy is absorbed into the egg

Your cleansing routine is successful if there are bubbles in the water or egg whites. Additionally, it can be a sign of gas or indigestion, which are frequently brought on by stress.

4. Cobwebs in the whites mean you may have had an evil eye placed upon you

The water or egg yolk may also contain little brown specks. This is yet another indication that you must do a second cleaning ritual to cleanse yourself of the evil eye thoroughly.

5. Needles or spikes mean there are people around you with bad intent

They may be “energy vampires,” sucking away your good vibes and leaving you with just negative ones. Or maybe they want you to fail or fail to accomplish your objectives.

6. Seeing a face in the yolk means that you have an enemy.

They can be envious of you or have negative feelings towards you. Try to figure out who the egg represents because that will help determine who is upsetting you.

7. Clear water means you have no negative energy.

There is no negative energy to draw from your body if the water and egg appear perfectly normal. Further, there may be another reason for your feelings, but you don’t need to undergo another egg cleanse.

Follow the above tips and tricks to perform and read egg cleanse!