Tips To Learn How To Play Go Fish 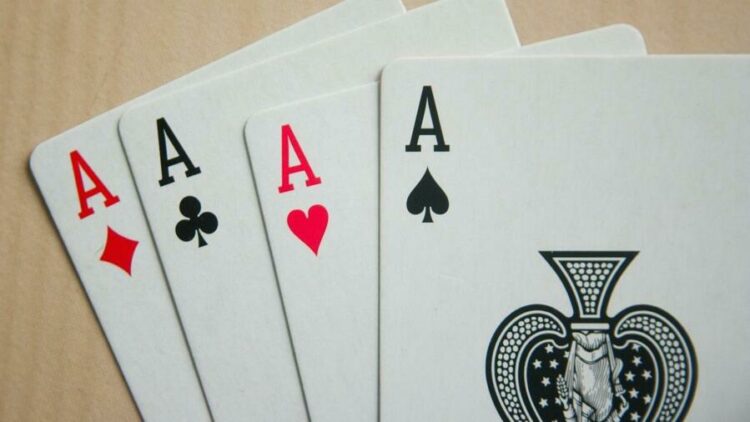 Any deck of cards may use to play the popular kids’ card game Go Fish. Even though special Go Fish card decks are available, they have fewer cards and numbers than a regular deck. How to play Go Fish?

The Go Fish rules will be explained using a typical 52-card deck for the sake of this blog.

The well-known card game Go Fish is known worldwide for its straightforward rules and captivating action. Collecting as many sets of four as you can is the game’s goal. Children and adults of various ages may play the card game GoFish.

The goal is to construct the most pairings of cards for one player in this Go Fish card game. A group of amusing computer-controlled opponents is available for you to compete against. In the global Go Fish scoreboard, you may compare your point totals with other card players worldwide. Let’s discuss how to play Go Fish.

How to Play Go Fish

Players can use the “go fish” command to pick up the top card from the ocean when they do not have the card they have been requested for. The game then shifts to the left while the following player searches for cards.

When a player has four of a kind, they construct a book. The player who created it arranges the four cards face up in a pile in front of them. To prove to the other players that they created a book.

When all 13 books are created, the game is over. The winner is whoever has the most books. During the game, if a player runs out of cards, they may choose one from the ocean when it is their turn. They have withdrawn from the game, and the quantity of books they have is set when there are no more cards in the ocean.

Step-by-step instructions on How to play Go Fish?

Several players must be designated as dealers before the game starts and know how to play Go Fish. Each player is dealt one card from a shuffled deck of cards to determine who will be the dealer. The player holding the lowest card is the dealer since 2s are the lowest and Aces are the highest.

The dealer deals the cards as the players form a circle. The shuffled deck sliced by the person immediately to the dealer’s right, and the cards were then distributed face down, clockwise.

Each player gets seven cards if the number of players is fewer than 4. Each player gets five cards if more than four players are participating. To create the “ocean,” the remaining deck is positioned face down in the center of the circle.

The first player to the dealer’s left may request a card of a certain rank from any other player at the table. Players may take note of cards that the other players ask for, but they may only ask for cards they possess.

A player could turn to a neighbour and inquire about the presence of a three if their five-card hand includes a 3, a 5, a 7, a jack, and a king. The card in question must be given to the player asking if the person requesting has it.

The person who requested the card must draw a card from the deck if they don’t already have one. If they do, they shout “Go Fish,” and the turn passes to the following player.

Each time a person gets two identical cards, they form a pair and are laid out face up on the board so the other players may view them. A player must gather all four cards with the same rank in some Fish varieties, increasing the game’s difficulty.

This rule only functions successfully in games with two to four players. The player must usually lay the cards down on the table immediately if they draw a card that completes a pair or a quartet. Players cannot keep pairs in their hands when using the pair-rule and know how to play Go Fish.

The start of play to ask another player for a card of an equivalent rank. Once all the cards have been dealt into pairs or quartets, the game is over, and there are no more cards in the deck.

A card may choose from the deck to enable a player with no cards. When all the cards have been played, the player with the most pairs or quartets is declared the game’s winner.

With any card game, even Go Fish, having a strategy is usually a smart idea. You can attempt to recall the cards the other players are requesting. Whether or not they put their books down after receiving a card they requested.

You will now be aware that Player one has at least two threes. Ask Player One for their threes if you have a three on your next turn. If you require a three, Player One asks Player Four for one, while Player Four responds with a three. Whenever they hand you your threes, and you have a book, exclaim “hallelujah” and set your book down.

A different strategy for winning may be to acquire Go Fish as frequently as possible in the early going so that you can accumulate more cards. If you can find matches for all of them, this provides you the opportunity to get the most books.

Avoid letting them see you sweat is the third tactic. Give everyone a stern, blank look and your poker face while making no eye contact.

Hope you will know How to play Go Fish? Children like playing the card game Go Fish. It is a straightforward card game that usually has between two and ten participants. Typically, four to six people are deemed appropriate for gameplay.

Go Fish is a game where players try to predict whichever cards are in their opponents’ hands. Then make pairs by matching the right guesses with the cards in their own hands. Pairs are then taken out of the players’ hands. The player with the most pairings at the end of the game is declared the winner.