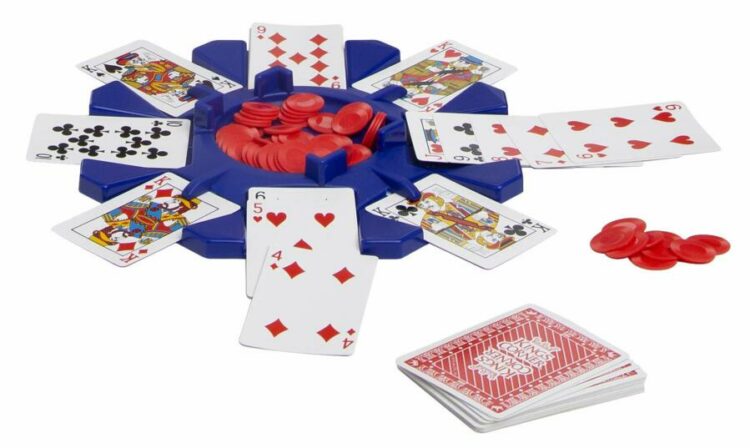 One of the most popular pastimes in the world is playing cards. Whether in a casual game of poker among friends or a full-on pitch at some seaside casino and one of the most famous card games is Kings in the Corner.

Card games are more than just a fun activity. Cards are typically associated with critical thinking, logical analysis, and some degree of mathematical aptitude.

Undoubtedly one of the most basic card games ever created is Solitaire. The Kings Corner, also known as Kings in the Corner, is a particularly well-liked spinoff of the card game solitaire.

However, there are a few minor differences between the rules of this game and those of Solitaire. They are not particularly complex. We have included a thorough guide to help you understand how the Kings card game operates.

What is Kings in the Corner?

A traditional card game that combines skill and chance called Kings in the corner. It is quick, fun, and really simple to master. If you’ve ever played Solitaire or another card game, you already know all the essential information.

How To Play Kings in the Corner

One chip is added to the chip pot by each Player. Going first is the person seated to the left of the dealer. A player must first ensure he has no Kings on hand.

If so, he must immediately put all his King cards into the King stalls on the stand. If he still needs to accomplish this, he must put three chips into a chipped pot as a fine.

Ensure that the sequence’s first and last cards are always displayed. Additionally, insert your cards under the holder when using card slots with holders. You can shift entire stacks of cards from card slots onto each other or the King stall piles in addition to playing cards from your hand.

The bottom card must, of course, match the new sequence in terms of both color and numerical values. You can use any card from your hand to fill any empty slots left after moving stacks.

Draw one card from the main draw pile to finish your turn. If you draw a King, you must immediately put it in a King stall. There are no more cards drawn for you.

Continue with the subsequent round after noting the result. Redistribute the chips as you did at the start of the game before each new round.

The Player who was the dealer before takes on that position now. Play as many rounds as necessary to reach a player’s 100-point total. He ends up winning the Kings in the Corners game in its entirety.

While playing, there are a few methods to change the game to keep it interesting and the participants continuously on their toes. Any card game that has variants has them because, over time, several players may come up with a set plan. It recovers from losses.

After a while, the game may also get somewhat monotonous and one-dimensional. As a result, these modifications provide a friendly approach to continually discovering new ways to enjoy the game. It allows different players to win each round. Examples of kings in the corner variants include:

In this variation of Kings in the corner, a player with a King on his card must play the King to one of the open corners on his first round of play.

The Player that pulls a King from the foundation pile in their game must also serve the King. In this version, each round often treated as a complete game, with the winner getting rid of their remaining hands first.

The only time a player pulls a card from the stack differs between this game and the main game. Instead of picking at the beginning of the round, a player immediately begins playing to the board. They take a card from the pool to complete their round whenever they have no more cards to play.

Cards cannot be put on cards of the same color according to the rules of Kings in the Corner. The use of alternating colors required. This isn’t your typical game of Solitaire.

In King’s Corner, a playable tableau comprises cards in alternating hues of black and red. If the first card is black, the second card is red. The third card is black. The fourth card is red, etc.

A turn must include taking all legal plays. Properly inspect the board and discard every card during your turn. If all four Kings have played, there can only be a maximum of 8 playfields. Therefore it is unlikely that a missed chance will still be available when it is your turn again.

A pile will also be empty after a tableau is finished. The finished tableau will be placed away from the play area, off to the side.

Like before, any card in the Player’s hand during their turn may replace the space left in the play area after completing a tableau. The full tableau may be taken and moved as part of the Player’s turn if it is in succession with another tableau.

Don’t make your plays in a hurry. Determine the best play for you by looking at the board. Although there could be a clear opening, a closer examination of the play area might reveal a move. It can discard additional cards.

Keep your King cards in reserve until there are no more legal plays on the board. An aim to use Kings when you have other cards in your hand to finish a sequence quickly.

Do not keep your regular sequential cards. When there is an opening on the board, numerical cards should play immediately. Save your face cards for when a King is exposed.

Check out this interactive online solitaire card game with several participants. Fast rounds and tidy Kings in the Corner structure make it ideal for relaxing weekends.