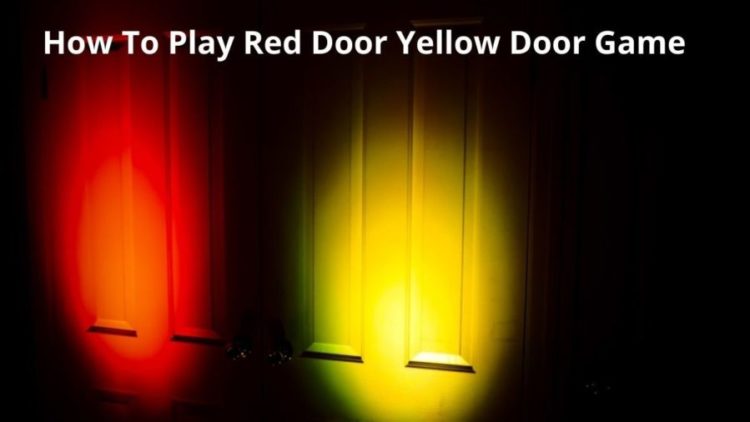 Red Door Yellow Door is a well-known psychological game that you can play with your friends and family. It is one of the popular campfire games. But you must not play the game for a lot of time because it can harm your mental faculties. So remember this point before playing the game. With this game, one person will open the mind of the other person to control them. That is why it is kind of a spooky game. Red door yellow door is also called Doors of Minds by many people. Here you can find out all the details about how to play the game.

What is a Red Door Yellow Door?

Red door yellow door is a sleepover game that became popular among thrill-seekers because of the risks involved in it. The players go into a trance where they follow the person who acts as their guide. The guide will ask them questions which the player in a trance will answer. Also, many people play the game during sleepovers, campfires and reunions. It shows the players how much they can access the depths of their minds and relate the incidences they see. Because of these matters, many people play the red door yellow door game.

There are many stories surrounding the game and also many scary theories. That is why there is a lot of hype about the game on social media. Hence the players have to play at their risk.

For this game, at least two players are required. One is the leader because they know the rules of the game and another player is the one who experiences the spooky side of the doors in his mind. But many people can join the game if they wish. Some of the items you need while playing the game is candles, a matchbox, a quiet place, an eye mask, a timer, cushions, and a voice recorder.

You have to start with a ritual when playing the game and be ready to dive in. Now you can find a place to concentrate on the task at the head. The leader has to sit-cross legged on the floor with the other player. Then they have to close their eyes with a mask. Then the player has to raise their hand in the air and relaxes while keeping their eyes closed. They have to keep their eyes closed for the game.

Then the timer will go off and the player will come back to reality. Then the leader has to ask the player to come back to the real world from their dreamy state. All of the doors have to be closed. This is the way to play red door yellow door. After everyone is aware the video recorder must stop.

What do the players explore in the game?

In the red door yellow door game, the players fully explore what their mind offers. That is why attention is important in the game. The person can sense everything around them without opening their eyes for several minutes. They will describe their surroundings, share the details about their clothes and similar to this many kinds of explorations can be done. If the players show some reluctance to do some stuff then the leader has to respect it. They must not force them to do the things which they are not ready to do.

What to keep in mind when playing the red door yellow door?

If you want to play the red door yellow door game you have to think many times before it. This game is not only risky but also mentally taxing. So beware of the danger.