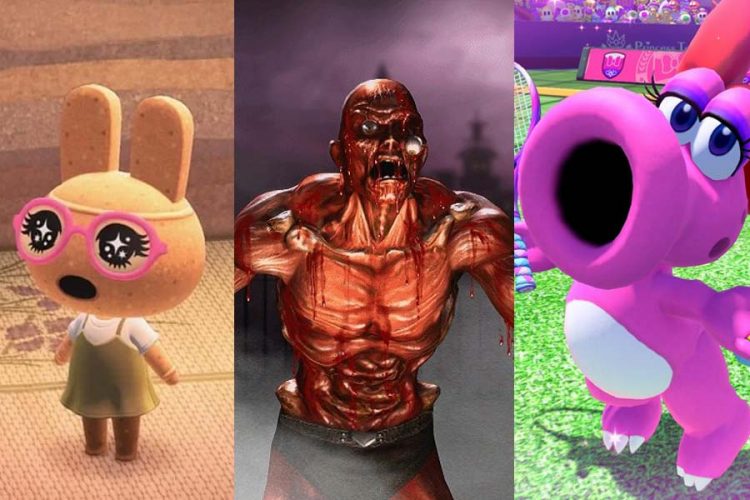 Video games help us to escape from reality. They transport us to a world where we can experience lots of adventures. That is why many people love to play video games. But while playing the games have you come across some weird video game characters. They may necessarily not be the main characters in the video game as there are lots of unimportant characters who may seem different and weird to you. These characters may say or do some things that will spook you. Here we have gathered some of the weirdest video game characters. Therefore, have fun while reading about them.

In the game, he sneezes on his opponents and says “Objection!” to defeat them. These were his only fighting techniques. That is why he is one of the weirdest video game characters. His presence in a different game confused lots of gamer.

2. Birdo, The Mushroom Kingdom in Mario

The Mushroom Kingdom in Mario has lots of strange animals and creatures. One of the weirdest characters in the game is Birdo. It is a bird that cannot fly and looks like a dinosaur too. Also, it has a funnel for a mouth. The bird has appeared in many Mario games. It is one of the friendly competitors in it. But whenever we look at the bird it looks different. Sometimes its presence is unwanted but the creators have added the bird in many Mario games such as Super Mario Kart and Mario Party for no reason. Have a look at this bird when you are playing the Mario game.

Whenever Meat appears on the screen many feel spooked out. He is one of the gruesome creatures in the Mortal Kombat franchise. Some of the moves in the game are violent. For instance, the act of peeling the skin and ripping the spines are part of the game. But Meat is a product of an inhuman genetic experiment that went wrong. He has a really scary appearance as he does not have skin. Then he uses his dripping blood to slide on the ground. Lastly to make it even weirder he takes out his head and launches it on his opponents.

Animal Crossing is a famous game. There is no slaughter and blood in this game but there is a presence of a weird and creepy character. She is coco and she is one of the inhabitants in the game. But there are no expressions in the face of Coco. So it is unsettling whenever she appears on the game. Her head is that of coconut and her character design is good. Yet her facial appearance never changes in the game. That is why she is one of the weirdest video game characters.

According to the description of the game, Soulcalibur Voldo is a Sicilian contortionist. But he is the weirdest character in the game. He wears an outfit that is very far from that of a contortionist. Two sharp objects are present in his chest so it is disturbing to play the game when he appears. He also never speaks like a normal game character. He always hisses and moans that becomes annoying.

He is one of the characters in Deadly Premonition. But he is the weird one in the game because of his transition. At the beginning of the game, he is a normal man. But he is revealed to be a demon at the end. Also, he tries to kill the main character York as he finds out his identity.

I am Bread is an action-adventure game about a bread loaf that goes on missions. The player has to control the bread and keep him safe and sound. The whole game is weird as you have to control a piece of bread. Further, as you play the game you will question why the creators ever tried to make a game about bread.

These are the seven weirdest video game characters. They still exist in video games as the developers have not eliminated them.

Also read: 8 Interesting Facts About Hello Kitty You Did Not Know