How was Blippi Created? From where did the Show Originate? 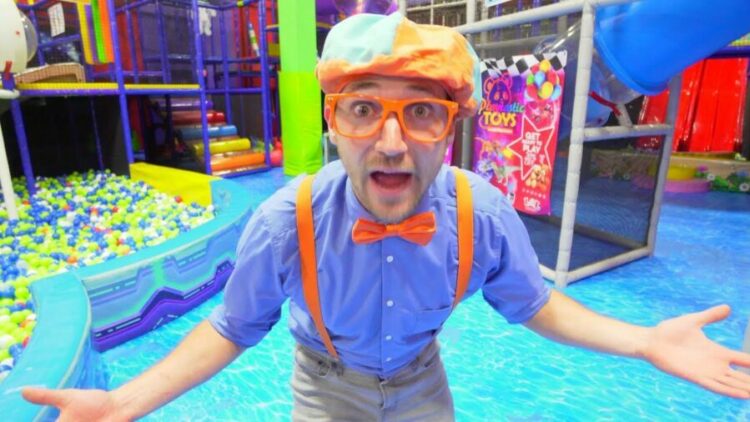 Blippi is the United States-made original YouTube show made especially for kids 2-6 years old. The first episode on this channel was initially released on 18 February 2014 on YouTube with the main purpose of educating children through entertainment and fun.

Blippi, the show’s main character, was originally portrayed by the show’s creator, i.e., Stevin W. John. He is shown as an adult with a curious childlike personality filled with energy reatable to his audience.

The character can be seen wearing a blue shirt with an orange bow tie, thick-framed bright orange spectacles and a blue and orange beanie hat. In a very short period, the show gained so much popularity that it was dubbed in Spanish, French, Portuguese, German, Italic, Arabic, Swedish, Polish and Hebrew.

Moonbug Entertainment takes over this show with 15.90 million subscribers and 12.76 billion views.

How does Blippi Work?

Blippi targets the objects and then explains each one of them in an elaborate but interactive and fun manner so that it is easily understandable by the kids. He introduces different places like playgrounds, farmhouses, museums etc., to the kids and helps them learn new games along with various cultural and extra-curricular activities like singing and dancing.

Blippi Replaced by Another Actor?

This show has a huge fan base where every fan is obsessed with the main character Blippi. Originally, this character was played by the creator of the show, Stevin W. John, who was appreciated by the fans and had built a strong bond with them.

In 2021, in the middle of the show, fans noticed that out of nowhere, the face of Blippi had changed. After researching, they got to know that the character had been replaced. Although it is difficult to recognize, as true fans, they all found it out in no time.

Actually, on 8 May 2021, a video featuring Blippi was posted on the internet. Fans took no time recognizing that the person portraying Blippi was not Stevin W. John. It is now played by an actor named Clayton Grimm, who initially used to perform as Blippi in live shows.

Hardly had the new episode released on YouTube when the makers announced changes on the official Facebook channel. The post said, “Due to popular demand, we are bringing more Blippi from The Live Show to you all! So don’t miss the launch of ‘Learn with Blippi’ tomorrow on Blippi’s YouTube channel. Who’s ready!?”

They also detailed Clayton as an actor. He is quite conversant with this role and the audience as he has performed in the live shows and has been loved by the audience, given the nickname “Blippi from the live shows”.

Reaction of Fans after Seeing the New avatar

This news left the audience in shock. But, of course, how can that person’s sudden replacement be accepted so quickly when they are used to seeing someone for a long time?

The kids and their parents expressed their disappointment in losing the continuity site.

Why was Stevin Replaced from the Role of Blippi?

While the show was going on so smoothly, Stevin was engaged in his personal life so much that it was very difficult for him to continue with the show. In addition, he was expecting a kid with his fiancee during that time.

He also posted this happy news on Instagram in October 2021, along with a picture of him and his would-be wife with ultrasound pictures. But unfortunately, he was filled with responsibilities, so he had to step out of the show.

Also read: Another Feather On the Cap! CarryMinati is the First to Get 30 Million Subscribers in Asia