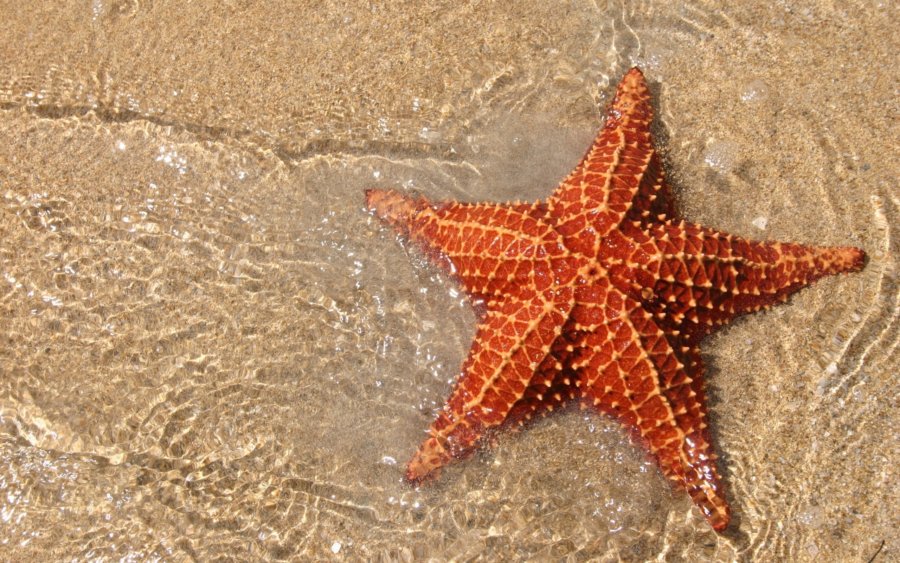 Who doesn’t love aquatic creatures, right? From the dangerous sharks to gentle jellyfish, there are thousands of species inhabiting the deep aquatic waters. Therefore, it sure gets interesting to know more about them. So, one such species is the starfish, which is very famous among people.

In addition, if we go a bit deeper, let’s say, nine thousand meters deep, then most of the starfishes in that zone will have spiny skin and five arms. In fact, some of them can even grow up to 50 arms. You will also find pincer-like organs in those arms.

So, let’s name a few starfishes. For example, have you ever heard of a chocolate starfish? Well, it’s not the studio album of the famous American band Limp Bizkit. Actually, this chocolate starfish is quite popular among the people, however, not as a creature, but as slang that denotes the spread buttocks. In reality, there’s no such thing as chocolate starfish.

What do Starfish Eat?

Firstly, it’s important to know that these beautiful creatures aren’t that choosy when it comes to food for survival. However, it’s true that these animals are mostly carnivorous in nature, therefore, these organisms eat slow-moving creatures, such as Gastropods, planktons, organic detritus, small fishes, as well as bivalves. In addition, there are some species of starfish that feed on anemones. They also eat sea cucumbers, chitons, hydroids, sea urchins, and small fish eggs.

Can You Eat Starfish?

Now, this is quite a shocking fact. Yes, they are edible and in Chinese markets, you will often see them on the plates. However, it’s worth mentioning that not all can eat this with a straight face, because the taste may not seem appealing to them.

So how’s the taste? Well, according to those, who have tried eating a starfish said that they have a taste similar to the Sea urchins, though, a bit more bitter, and perhaps a bit creamier as well. In addition, some people have also suggested that they taste like the brain area of the crabs.

Do Starfish have Brain?

According to the science books, starfish belongs to the phylum Echinodermata. Therefore, they don’t have any centralized brain. So, how do they perform their works, and most importantly, how do they survive? Well, they have a very complex nervous system on their entire body that allows them to perform sensory functions, like touch, light, feel the temperature, etc.

As it doesn’t have any brain, it cannot function the normal actions. Therefore, it follows the stimulus through those complex nervous pores on their body. For example, a starfish can’t hunt for its food, however, if one of its victims gets in touch, it will proceed to eat the food. This is exactly what helps a starfish to survive.

Do Starfish have Eyes?

So, if they don’t have any central brain, then you might be thinking that they don’t even have eyes right? Well, that’s where you are wrong. It’s surprising that these little creatures have eyes. In addition to their unusual anatomy, they have their eyes on the end of their arms. While it’s true that they don’t possess beautiful and distinct eyes like ours, they are able to perform functions, such as detecting the different shades of lights.

How do Starfish Reproduce?

A starfish can reproduce both sexually and asexually. So, how does this work? Let us tell you. In the former method, the process of fertilization occurs in the water where both male and female starfishes release their sperm and egg.

Thereafter, the fertilized embryos become zooplankton, which, eventually undergo metamorphosis and become adults. In another case, some species of starfish breed eggs by sitting over them.

There’s another asexual method as well, where the creature detaches a part of their arm or central disk. Thereafter it develops into another starfish. In fact, according to research, in past, people killed many starfishes by chipping them. However, they were able to regenerate.