Is Stella Leaving Chicago Fire? The Real Truth Behind Her Absence 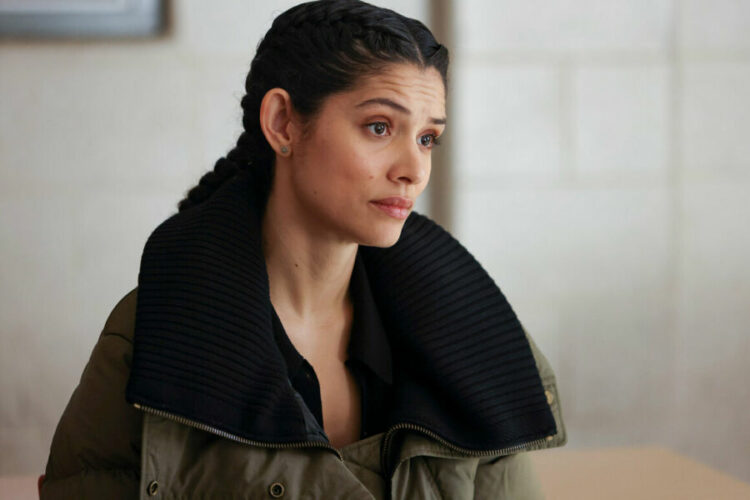 If you are a fan of drama series, you must have watched the popular American drama series “Chicago Fire?” So you might be wondering, “is Stella leaving Chicago Fire.” Well, it is indeed an issue that has made the fans anxious about whether Stella Kidd had a future on this show. As you know, the character of Stella Kidd debuted on the mega-popular NBC show way back in 2016. It was on its fourth season when Stella came in. Since then, she has become one of the most significant characters in the show. Especially her relationship with Kelly Severide has gotten extra juicy lately.

So would you like to know more about Stella Kidd’s absence from the show? Stay tuned to us until the end, as we will share some interesting details regarding her character in the show. Let us take a quick glance.

Since many of you are wondering why Stella Kidd, aka Miranda Rae Mayo, is absent from the series The Chicago Fire, let us share the details with you. As you know, it is in the tenth season that we can feel the absence of Stella Kidd. Let us find out what the showrunner has to say to this. Showrunner Derek Hass said in an interview that he was luckily able to get Mayo back on set in time to film for the season’s 9th episode that aired in early December. In fact, she made a fleeting cameo. Moreover, when the show returned from its winter break this month, she reprised her role.

However, during this time, Kidd missed out on what could have been a major career move. A Chicago Center noted that this also put Kidd’s relationship with Severide under a lot of stress during the time when she was away.

Moreover, there have been whispers amongst fans who thought he may have cheated on Kidd with Wendy Seager (Andy Allo). But you need not worry, as the publication pointed out that there is no sign that anything like that went down. So you can say that the lovers seem to be in a pretty good spot. But to know more details, you need to watch the show. Now let us find out why Kidd missed appearing in Season 10.

If you are an ardent fan of Chicago Fire, you must have been highly concerned due to a significant character like Stella Kidd’s absence during several episodes in the 10th season. However, it seems there was clearly a logical reason for it.

As per the sources, she was apparently traveling to help get her “Girls on Fire” program set up. Moreover, Kidd told the publication that the character was feeling some pressure. So this was her way of coping. According to an insider,  “She just kind of leaned into what felt like home, doing Girls on Fire and being surrounded by women and really excelling with that project that she started that was like her baby.”

What Does Miranda Rae Mayo Say Regarding Her Character Stella Kidd’s Absence in The Tenth Season of The Chicago Fire?

Now that you know why you could not get enough of Stella Kidd’s character in the tenth season of The Chicago Fire let us find out what the actress who plays the character says. In an interview, Mayo said that the character was suddenly doubting herself.

She explained, “I think that she’s a scrapper, she’s used to working, she’s used to being in pursuit of something. And she realized that if she were to take this on now, what all that means, especially at 51. It’s not just her becoming lieutenant anymore, having the title of lieutenant. Being the lieutenant of a company essentially means that if something happens, it’s on you.” Well, that explains a lot of things. But what about Kidd’s relationship with Kelly Severide?

Regarding Kidd’s relationship with Kelly Severide, Mayo had an explanation. Do you want to know about that as well? Let us find out!

Did You Know Mayo Called Kelly Severide The Love of Stella Kidd’s Life?

Fans of Chicago Fire would indeed want to know more about what was going on in Stella Kidd’s mind. So Miranda Rae Mayo shared some good news with her fans. She assured her fans that Kidd does love Kelly Severide. Moreover, she also called him the love of her life.

Mayo believes that Stella is committed. Kidd is head over heels in love with Severide. Even if she has a moment where she goes within and withdraws, she continues to choose him. This is what Mayo thinks a good marriage or relationship needs. Moreover, while speaking of marriage, Mayo speculated that the couple would prefer an intimate wedding ceremony to any elaborate arrangements.

In fact, Mayo herself was pretty curious to know what the audience was thinking about Stella Kidd and Kelly Severide’s relationship. Therefore, she came out to clear the doubts regarding her absence. So to know more, we will have to continue watching the series.

What’s Next For Stella Kidd on Chicago Fire?

So now that Stellaride has officially sealed the deal with wedding bells is Stella back at Firehouse 51 for good? The last half of Season 10 suggests that Stella won’t be leaving any time soon.

Moreover, to make viewers feel even better, Chicago Fire showrunner Derek Haas told TV Line about Stella, “Yes, she’s back for good.” There is your answer, folks!  Fans have to wait for Chicago Fire Season 11 to return this fall on NBC. However, you can watch older episodes anytime on Peacock.

So as we conclude, we can say Chicago Fire is currently one of the most popular shows in the United States. The chemistry between Stella Kidd and Kelly Severide is what makes it more exciting to watch. At the same time, the other characters are also performing amazingly and taking the show to new heights.

However, if you are looking for the answer to the question is Stella leaving Chicago Fire, you can read through the article to learn some of the interesting details about the show. Also, you will find valid reasons behind the absence of the character of Stella Kidd.

Also read: Learn About Miranda Cosgrove’s Journey Till Now in The Industry