Is Zeke Yeager Actually Good from Attack on Titan? 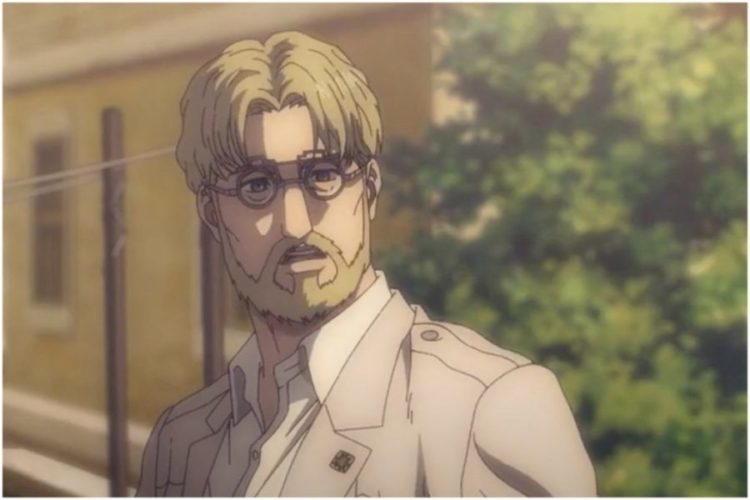 All anime lovers out there might have indeed watched the famous anime series, Attack on Titan, right? Well, its gripping story and stunning animation are what made it one of the most-watched anime, all over the world. In fact, characters like Eren Yeager, Levi Ackerman, and others are adored by the fans. So in this regard, you must have indeed watched the famous Beast Titan? Well, irrespective of the fact that Zeke Yeager is an antagonist, he is one of the most interesting characters of the show.

Moreover, it is pretty difficult to say whether he is a good character or an evil one. Well, if you have watched the anime, you will know that he is Eren’s half-brother. However, since Zeke’s arrival into the series, he has used the petrifying attitude of the Beast Titan to violently throw projectiles at rivals. But in the last season, we see him joining hands with Eren, so we are yet to see what are his true objectives behind his rampage. Let us check out some of the exciting facts about Zeke Yeager.

Who is Zeke Yeager?

Since you are reading this blog, you must already have watched this popular anime, right? Well, then let us share with you some of the unknown aspects of Zeke Yeager. Well, he was the former Captain of Marley’s Warrior Unit. In fact, the higher ops also assigned him to take the Founding Titan from the Eldians of Paradis Island.

Moreover, he is also the inheritor of the Beast Titan, and Reiner Braun considers him as the “strongest warrior”, which is an absolute contrast to Levi’s “humanity’s strongest soldier”. In fact, he also manipulated and deceived both sides of the war between Eldia and Marley. This was to achieve his own interests, thereby causing the extinction of his own people that he wrongly viewed as “salvation.”

Zeke is the son of Grisha Yeager and Dina Fritz. Therefore, he had royal blood in him from his mother’s side. He is also the half-brother of Eren Yeager. In his human form, Zeke had a tall, broad, well-toned body with gray eyes, shaggy platinum blond hair, and a matching mustache. However, his Titan form looks pretty unusual. He has an ape-like appearance, but his posture is closer to that of humans. Therefore, he is very unique and intelligent among the Titans.

Well, if you have watched all the episodes of Attack on Titan’s last few seasons, you will indeed have this question in your mind. Frankly speaking, you cannot call any character evil in Attack on Titan. Every one of them has their own reasons behind their actions, so does Zeke Yeager. So in this article, we will contrast Zeke Yeager’s actions and leave it up to the reader to decide whether he is actually evil or not.

What are Zeke Yeager’s Most Villainous Acts in Attack on Titan?

You must have seen how Attack on Titan started Zeke on his path to wrongdoing almost immediately. In fact, it all began when he betrayed his parent’s trust by selling them out to the Marleys. It is Zeke’s actions that put an end to the Eldian revolution.

However, you cannot condemn him completely for this, he had his own reasons, but it was indeed not his best moment. Eventually, he created hundreds of pure Titans who would later on become an important part of Attack on Titan.

Well, that was just the beginning, as days passed Zeke Yeager became meaner in his actions. In fact, he was entirely responsible for causing the tortuous death of Erwin Smith, the Commander of Survey Corps, and various other scouts. At the same time, he also turned Captain Levi’s own men into Titans who made repeated attempts to kill him. So indeed, these actions have made the fans hate the Beast Titan, extensively. Now let us share with you some of his redeeming factors.

Have a Look at Zeke Yeager’s Redeeming Factors

Even though Zeke Yeager is responsible for causing the death of several scouts and other major characters of the anime, there are a few redeeming factors about him. So to know those, we have to travel back to his childhood days. You must have seen that at a young age, Zeke was trained with the Marleyan warriors. It is through this training that the prospective selection of the next Beast Titan was done by the higher authorities.

Therefore, everyone used to look forward to this selection. Zeke’s dream was also to secure the Beast Titan, which was one of the most powerful ones among the Titans. Zeke never lost sight of his father, Grisha Yeager’s dream to free his oppressed Eldian people. This is what does not make him a completely evil character.

So when his half-brother Eren took an intentional dive to execute that goal and attacked Marley along with other Survey Corps soldiers, Zeke instead of jeopardizing the mission took a deliberate fall. In fact, he also allowed Levi to defeat him. If you have watched the fourth season of Attack on Titan, Zeke’s true plans come to the light.

Even though Zeke’s actions are far from moral, he is trying to free the Eldians without bloodshed. He also helped Captain Levi and his team against the Marleyan invasion.

So as we conclude, we can say that Attack on Titan is one of the most nail-biting anime shows that will keep you hooked till the end. Characters like Zeke Yeager are, therefore, highly fascinating. This article will give you an overall idea about whether you can call him a good or an evil character.