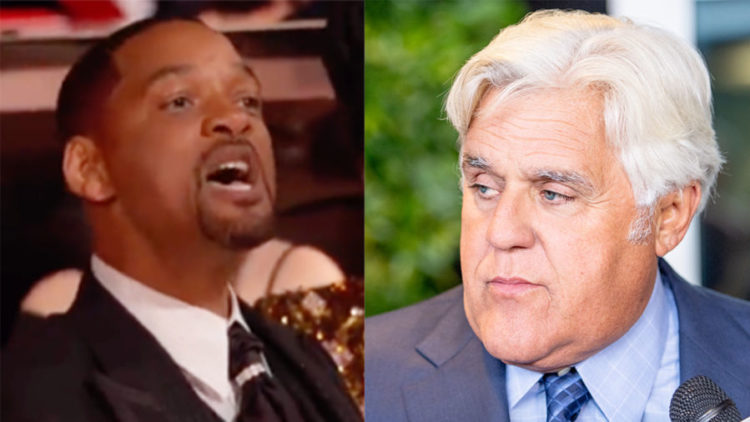 This year’s Academy Awards has been a heady mix of success and mind-boggling dramas. How so? Well, the success part Is obvious as 23 to 24 Oscars are given out each year. This year was no different. But the drama! What could be more offensive than a famous public figure attacking another at the event, physically?

That’s exactly what happened. The world was shocked to witness actor Will Smith slap the presenter, Chris Rock on the evening of the event. As many have condemned the act, Jay Leno, however, has a crucial insight to offer apart from ‘the slap’. Let’s have a peek.

A quick overlook at the 94th Academy Awards

The night of March 27, honored the films released between January 1 and December 31, 2021. Wanda Sykes, Regina Hall, and Amy Schumer did a phenomenal job hosting. Let’s have a look at some of the famous wins of the year.

Will Smith bagged the award for the best actor in a leading role in ” King Richard” and Jessica Chastain for the best actress lead in ” The Eyes of Tammy Faye.” Not to forget CODA for the best picture. Dune won for best production design, film editing, visual effects, and cinematography. Hans Zimmer, admired by many, took home the award for the original score in Dune. Encanto undoubtedly was chosen as the Best Animated Feature Film. Billie Eilish and Finneas O’ Connell’s original song” No time to die” that won our hearts got its due recognition.

Will Smith’s attack on Chris Rock

Let’s briefly recapitulate the shocking incident of the evening. Best documentary feature film’s presenter Chris Rock took a moment to poke fun at Jada Pinkett Smith, Will Smith’s wife on her Alopecia. Rock oddly found her shaved head resembling a character in GI Jane and was vocal about it. Jada was quite annoyed at this unwanted attention. To this, Will Smith stormed onto the stage and slapped Rock on the face, leaving the mass stunned.

His actions, however, bore him some dire consequences. Firstly, many studios stopped their upcoming or continuing projects with Smith. Secondly, he had to remove himself from the Academy of Motion Picture Arts and Sciences. Lastly, the academy banished him for a period of 10 years. Not to forget the social humiliation he received post the attack.

Who is Jay Leno?

James Douglas Muir Leno, born on April 28, 1950, is a writer, comedian, and most importantly a famous American television host. He was the star host of NBC’s The Tonight Show with Jay Leno which aired from 1992 to 2009. The show restarted again in 2010 and continued till 2014. Leno earned a place in The Television Hall of Fame. He is now a regular writer in Popular Mechanics and lends his hand occasionally at The Sunday Times.

Leno’s take on the incident

Leno had previously invited Smith on his talk show several times. Therefore we can assume that he is familiar with Smith as a person. According to Leno, ” it wasn’t the slap that bothered me, because that’s a reaction. It was in the chair, yelling the obscenities, where you go’ Whoa’. And then to do it again. I mean, you had a minute to clear your head there.”

He also confirms, ” I know him. He’s always been a decent guy, model citizen, and good role model. There’s some emotional thing there, and I hope he gets it straightened out.” Leno goes on further to discuss with The Palm Beach Daily News that it was the “smirking” post the slap from Smith that had him really disturbed.

He expresses his disbelief over the fact that immediately after the incident, AMPAS, instead of taking quick action had made a statement to, ” follow an official process that will take a few weeks.”

“It has to be the most recorded assault in history. I saw the back of his shoe. I saw Chris’ ear. There were so many cameras on this incident. What are you investigating? I know sometimes things are just what they appear to be” he had added.

Others who voiced their opinion

Billy Crystal who hosted the Oscars nine times also condemned the act calling it, a ” most disturbing incident for sure.”  Stars like Cardi B, Denzel Washington, Howard Stern, Jim Carrey, Kathy, Griffin, Trevor Noah, and many others have also voiced their strong objection to the horrifying incident that took place on that evening.

Despite his criticism, Leno believes that Smith is a good man at heart and would definitely sort out the underlying problems that are bothering him.

Will Smith took to Instagram and owed an apology to Chris Rock stating how his actions were “unacceptable and inexcusable”. ” I would like to publicly apologize to you, Chris”, wrote the Oscar-winning actor.