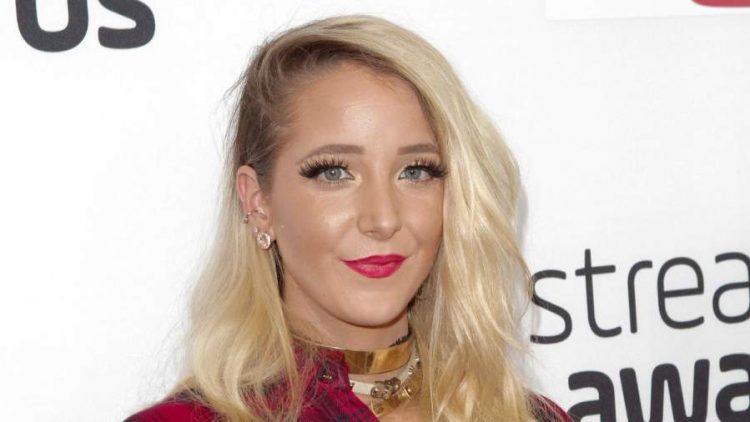 Jenna Nicole Mourey well known as Jenna Marbles is a popular American YouTuber, vlogger, Actress and Comedian. Her channel has received 3.3 billion video views and 20 million subscribers on YouTube. Then on November 2020, her channel became the most subscribed one on YouTube. She is the first social media star to get a wax figure exhibited in the Madame Tussauds museum in New York City. Jenna Marbles age is thirty-four.

Know all the details about Jenna Marbles here.

The birth date of Marbles is September 15, 1986, and her birthplace is Rochester, New York. On 2004 she graduated from Brighton High School. Her father worked as a chemist who had many patents. She has one elder brother. Then she moved to Boston where she got a Bachelor of Science in psychology. In Boston University she qualified in sport psychology and counselling.

In the year 2010 Marbles started to live in a three-bedroom apartment. The location of the place is in Cambridge, Massachusetts. She paid $800 rent and worked in many jobs such as bartending, blogging, saloons etc. In the same year, she started to work for Barstool Sports where she wrote contents for the site StoolLaLa but in 2011 she left the job.

Marbles started to upload videos on Youtube every Wednesday and Thursday. She released one video in 2010 and its title is “How To Trick People Into Thinking You’re Good Looking”.  After this Jenna Marbles YouTube channel became famous. Her another video titled “How To Avoid Talking To People You Don’t Want To Talk To” came in the New York Times.

Then she came to use the pseudonym Jenna Marbles when her mother complained of not getting the job because of using the legal name “Mourey”. Moreover, Marbles came as Eve in Epic Rap Battles of History. Then she acted as a banana in The Annoying Orange episode. After that, she played as Miley Cyrus in “Wrecking Ball”. She also appeared in movie Smosh: The Movie.

On 2015 Madame Tussauds New York created a wax figure of Marbles and displayed it. She is the first Youtuber to get a wax figure. On 2020 she uploaded a Youtube video where she apologised to the audience because of the offensive comments. Then she also announced that she is going to take a hiatus from Youtube.

Jenna Marbles Boyfriend is Julien Solomita with whom she is in a relationship since 2013. He is also a content creator on YouTube. The couple has podcasts and channels together. But they have opted to take a break from all that. One time Jenna Marbles and Nicki Minaj became a controversy on YouTube. She used blackface to mimic Nicki Minaj. She apologised to her fans for all the racist videos.

The net worth of Jenna Marbles

Jenna Marbles net worth is $8M (£6.5M). Her YouTube career made her rich. She also garnered a lot of money through the advertisements and plugging products. Moreover, a lot of her slogans have become famous. She released a brand of dog toys based on her dogs called Kermie Worm & Mr Marbles. On 2016 she became the executive producer of the film called Maximum Ride.

Jenna Marbles is a great YouTuber. Her fans miss her during the hiatus. Hope she comes back to upload her videos.