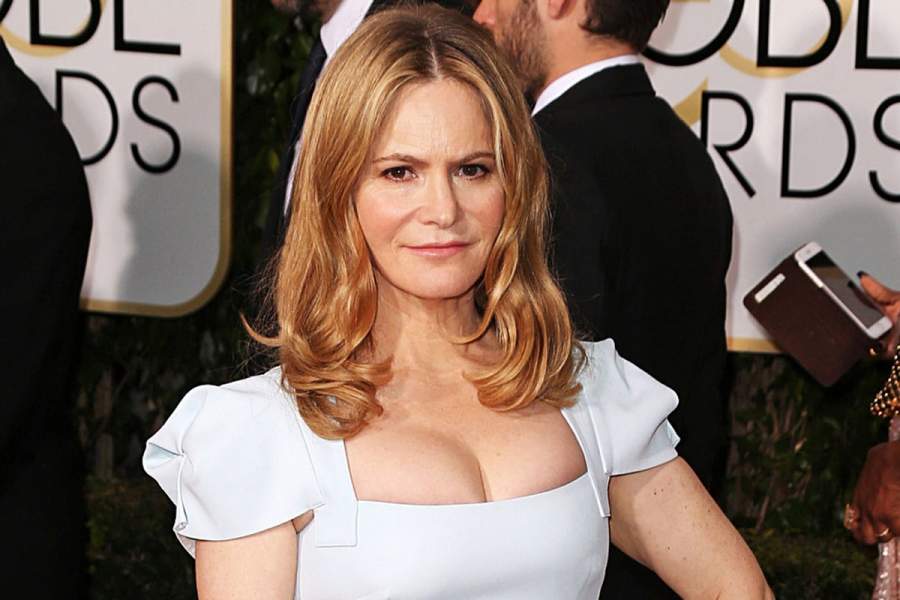 Jennifer Jason Leigh is a popular American actress and producer. She is widely known for character-intensive roles on television. Her career is impressive with more than 50 exceptional Hollywood films. Some of the well-known films of Jennifer Jason are ‘Last Exit to Brooklyn’, ‘Miami Blues’ and ‘The Hateful Eight’. All these films have earned academy and golden globe nominations. She is known as a determined and hardworking actress. Jennifer Jason Leigh trains herself to get into the character she is playing.

Also, she is much appreciated for her preparation for each film roles. More than mainstream acting, she prefers new versatile roles. Experimenting with these new roles is a part of Jennifer Jason’s career. She is often compared with exceptional actors such as Johnny Depp. Also, she can transform into any character similar to Johnny Depp.

Jennifer Jason Leigh was born on 2nd February 1962. She belongs from Los Angeles California. Both her parents Vic morrow and Barbara are actors by profession. Further, Barbara tuner is also known as a screenplay writer. Both Vic and Barbara got divorces when Jennifer was 2 year of age. Moreover, Jennifer did her schooling in palisades charter school located in Los angles California. However, she is dropped high school to pursue her acting career.

Further, her passion for movies stirred her to learn acting from Coach Lee Starnberg. Jennifer Jason is known to have two siblings with whom she spent her childhood. Her two siblings are Carrie Ann Morrow and half-sister Mina Badie. The sisters of Jennifer have appeared with her in several films. Especially Mina Badie is known for her appearance in Jennifer’s the ‘The Anniversary Party’ film. Before, appearing in commercial films she played guest roles in television.

Jennifer Jason Leigh started her acting career at the age of nine. She appeared for a minor role in a 1973 movie known as ‘Death of a Stranger’. Her acting coach Lee Strasberg conducted plenty of workshops in New York City. Jennifer Jason attended these events as she grew up. After few small TV appearances, Jennifer received leading roles in top films.

However, Jennifer Jason received her first breakthrough in 1990. Her big breakthrough film is ‘Last Exit to Brooklyn’ for her roles as Susie the prostitute. Also, Miami Blues’ is another crucial film in her career that portrays the life of a prostitute. Moreover, Mrs Parker and the Vicious Circle’ releases in 1994 is yet another popular work of Jennifer Jason.

Further, Single White Female’ and ‘Short Cuts’ are two award-winning movies in his career. Further, The Anniversary Party, ‘The Machinist and ‘The Hateful Eight’ are successful films of Jennifer Jason.

Jennifer Leigh married the popular filmmaker Noah Baumbach in the year 2021. The couple has a son named Rohmer Emmanuel who was born on 17th March 2010. However, the couple got divorced in the year 2013.

Jennifer is an inspiring actor with a long and productive career in Hollywood. The actor, producer and screenwriter have earned a fortune through her hard work. The net worth of Jennifer Jason Leigh is estimated as $5 million.