Jesse James Keitel Biography: Is she related to Harvey Keitel? 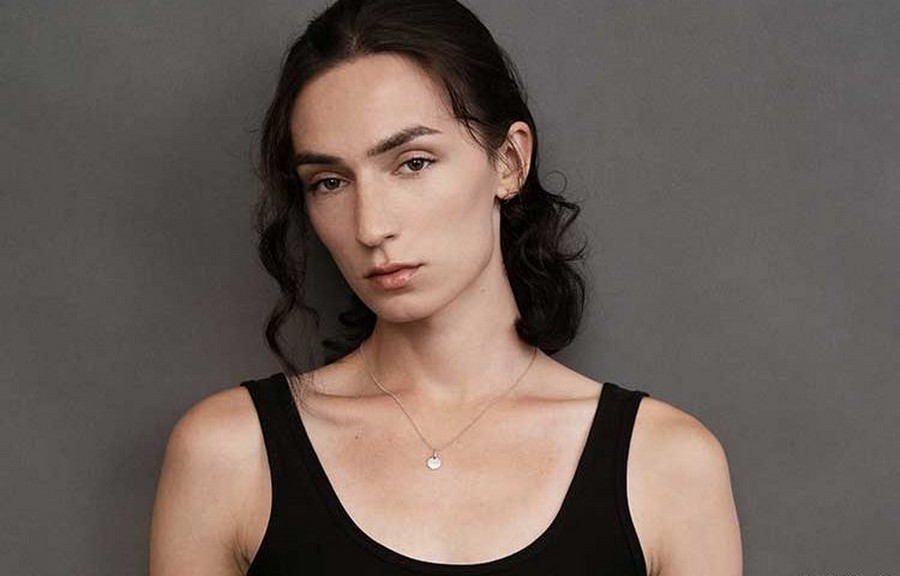 Jesse James Keitel is a well-known actress, scriptwriter, and artist. She became popular for her fine performance in the crime drama thriller series Big Sky. She has played several roles in movies and series. That is why she is garnering a lot of attention day by day. As of now, Jesse Keitel is twenty-eight years old. Keitel also has acted in the short film Miller & Son. Her performance on Big Sky is lauded by many people. She acted as a transfeminine former s*x worker who starts to work for the Dewell & Hoyt detective agency. It made her the first non-binary actor to play a non-binary character in the series. Here you can find out interesting information about Jesse James Keitel.

Where is Jesse James Keitel from?

Jesse Keitel is from Long Island. She graduated from Pace University with a BFA in Acting in 2015. She is from a French family. For her portrayal of queer characters in Netflix’s Alex Strangelove, she was honored by the Out Magazine’s OUT100 in 2018. This series was produced by Ben Stiller. Also, she acted as a non-binary character in the series Younger. These are some of the achievements by Jesse Keitel during the early days of her career.

In 2019 Jesse Keitel starred in the world premiere of Martin Moran’s play Theo at Two River Theater. She is also going to play as a lead in the upcoming MadRiver Pictures sci-fi series titled Forever Alone.

Keitel also appeared in Linda Yellen’s 2019 Showtime film titled Fluidity. She performs as a drag with the pseudonym Peroxide in the Haus of Femanon. While playing as a Peroxide Femanon she appeared in Logo TV’s Fill in The Blank docuseries.

What character does she play in Big Sky?

Big Sky is a drama thriller created by David E. Kelley. It is based on The Highway series of books written by C. J. Box. The series has got renewed for season 2 that premiered on September 30, 2021.

Keitel played the role of a s*x worker and an aspiring artist. She is a non-binary named Jerrie. She is one of the characters central to the mystery of the show. She is the first one to be assaulted by the bad guy. Kylie Banbury who played the lead in the show named Cassie Dewell shared that Keitel is an incredible actress. In the show, the mystery starts because of Keitel’s character. After that, she starts to help the detectives to catch the bad guy.

Keitel is non-binary so she uses she/her and they/them pronouns. She played as a non-binary in the Big Sky series. It became the first time for a non-binary actor to play a non-binary character. She is a series regular in the Primetime television series. Non-binary gender or genderqueer is an umbrella term to identify people who are neither male nor female. They form identities that are outside the gender binary.

The birth gender of Jessie James Keitel is unknown. She has not revealed it. But there are rumors that she was born as a boy. As she is a non-binary person now, she does not want to be labeled as a woman or man.

What is the net worth of Jesse James Keitel?

According to several sources, the net worth of Jesse James Keitel is $1 million. She is earning money through modeling and acting. There are many pictures of hers available on social media. It reveals that she is a great poser. In the future, she may become more popular in the acting industry.

Is she related to Harvey Keitel?

As Jesse James Keitel has the same last name as Harvey Keitel there is speculation if they are related.  Harvey Keitel is an American actor well known for his portrayal of morally ambiguous and “tough guy” characters. He became a prominent actor in Hollywood through films like Mean Streets, Taxi Driver, Thelma & Louise, Bugsy, and more. In the era of New Hollywood, he associated with the great director Martin Scorsese on many films. He is now eighty-two years old.

Harvey Keitel received several accolades such as Academy and Golden Globe nominations for Bugsy. That is why he is considered one of the finest actors. From 1995 to 2017 he was the co-president of Actors Studio along with Al Pacino and Ellen Burstyn.

Harvey Keitel was in a long-time relationship with the actress Lorraine Bracco. They had a daughter from the union named Stella. But their relationship ended abruptly and they fought for the custody battle of the daughter. In 2001 Harvey married Canadian actress Daphna Kastner. With her, he had a son. Further, he also had another son from his relationship with Lisa Karmazin.

It seems Jesse James Keitel is also related to him. Many records show that they are distant cousins. But the actors have not commented about the relationship openly.

Does Jesse James Keitel like to tweak the script?

On the hit ABC show, Keitel plays complex characters. But when she feels something is not right she uses her genius to work with the scriptwriters. She makes the writing more appropriate. It proves that she is well-versed in the acting career.

Is she on social media?

Jesse lives in New York City. So she is always in a buzz. She is popular on Instagram too as she has many followers. She lives a lavish life in New York. But more than that, she has not revealed any information about her personal life. Her Instagram account is verified and she shares updates about her life on it.

Does she have a boyfriend?

Jesse James Keitel is a great actress. Her fame and talents are now noticed by many people. She has lots of movie opportunities up her sleeve.