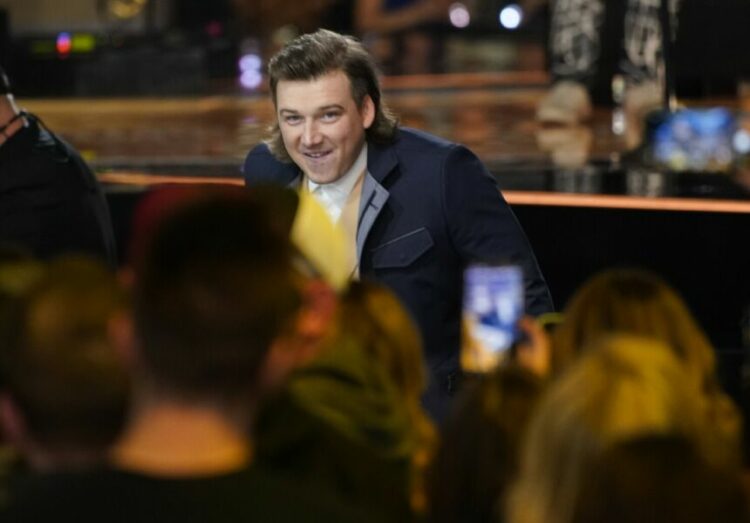 We are going to discuss this topic in this blog. Stay with us throughout the end if you are interested to know, as well.

Morgan Cole Wallen’ birthday is on May 13, the year is 1993. Firstly, he is an American country music singer and songwriter. Secondly, we all know that he competed in season six of The Voice. In Fact, earlier he was a participant in Usher’s team, but later on, he joined Adam Levine’s team.

Thirdly, after Morgan Wallen was eliminated in between the season, he signed to Panacea Records. Lastly, he released his debut EP, Stand Alone, in 2015.

The authorities arrested Wallen for his immoral conduct after Kid Rock’s steakhouse in Nashville threw him out forcefully in May 2020. In addition, he was suspended from the Saturday Night Live performance that was scheduled that October. This was due to the video evidence that surfaced and showed Wallen was not following NBC’s COVID-19 protocols.

In February 2021, somebody posted a video where it showed Morgan Wallen using racial slang. Due to this incident, he was suspended from his record label. Furthermore, we see that several major radio networks in the United States removed his music from their channels due to this. Despite the controversy, Wallen’s music got a rise in commercial success after the incident.

Coming back to the original topic

Jimmie Allen was one of the artists among others who joined Morgan Wallen on stage at Nashville’s Bridgestone Arena. Besides, it was the first night of Wallen’s three-night stand at Music City’s largest indoor venue.

We know that Allen gave this surprise to Morgan Wallen approximately 13 months after we had seen Wallen intoxicated and using racial slang in the video.

It’s the first time the men have shared the stage for performance since the February 2021 controversy — but it wasn’t shocking. Moreover, Allen said earlier that he wanted to help Wallen understand the gravity of his word choice.

Morgan Wallen had to completely remove himself from the public view after the controversy. Firstly, his record label suspended his contract. Secondly, the radio display had to remove Wallen’s songs. Thirdly, his agency dropped him and disqualified him from the 2021 Academy of Country Music Awards and the 2021 Country Music Association Awards. However, later he apologized to everyone for what he said. “I used an unacceptable and inappropriate racial slur that I wish I could take back. There are no excuses to use this type of language, ever. I want to sincerely apologize for using the word. I promise to do better.”

In July, he told Good Morning America’s Michael Strahan that he checked into a rehabilitation centre after the incident and has since eased back into his public life.

Allen had been by his side constantly

However, once you do something grave in front of the public, they are not forgiving you easily. Netizens constantly criticized him. Allen however never criticized Wallen. The singer told Bobby Bones on the radio personality’s podcast that he had visited Wallen many times during the height of the public backlash.

“If we want to make the world a better place, we have to do the work, and the work is putting ourselves in uncomfortable situations”. Allen had told this. “When Morgan said what he said, I had two choices: I could yell at him and bash at him on social media, or I could take some time and really process the whole thing, and look at who Morgan is.  Look at Morgan’s state of mind when he said that, look at Morgan’s history.”

We hear that Allen said that he wanted to help Wallen understand that what he said earlier was offensive. Although for him maybe it wasn’t that offensive, he knew what the people were thinking. Besides, they came to Allen to discuss and share their opinion on the matter. He also said that it was wrong to use language against any race. It indicates what is “subconsciously embedded” in people’s minds.

“True, you know, you shouldn’t say it,” Allen said. “But at the same time, just because I don’t agree with what he said doesn’t mean I should banish him.”

The night of the performance

On the night of the performance, the duo did not have much to talk about on the stage. They moved about the Arena spotlight singing Wallen’s 2017 song “The Way I Talk.” In addition,  Brooks & Dunn, Ronnie Dunn, HARDY, Larry Fleet and ERNEST also joined WALLEN at different times during the show.

Allen publicly surprised Morgan Wallen a week after he co-hosted the 57th Academy of Country Music Awards. In fact, there the academy played the song by Wallen, Dangerous: The Double Album was played. Furthermore, we know by now that the album won the prestigious album of the year. The Sneedville, Tennessee, native appeared stunned and emotional by the acknowledgement.

“When I started this album, I was a kid. By the time I put it out, I was a father,” Wallen’ told this.  Furthermore, he is the father of a very young boy, Indigo Wilder. The mother of the boy is his ex-girlfriend KT Smith. “That’s become more important to me than anything else. To my son, this album and this award will signify that his daddy was a fighter, and he chased his dreams and worked hard to make them a reality.”

It’s a sentiment to which Allen can relate. Allen has three child6. However, when Wallen’s language landed him in trouble, Allen said he wanted to help for the sake of their children.

“There are so many things other than just the N-word, and I feel like everyone was just focused on that. This is a guy, a fellow country artist, that we’ve seen struggling for years. And no one cared until he said the N-word. He’s been a person the whole time, with a problem.”

Morgan Wallen is way past the incident that causes widespread damage to his career. We hope he keeps away from such blunders in the future.

Also read: Tammy Bradshaw & Terry Bradshaw: Head Over Heels In Love With Each Other