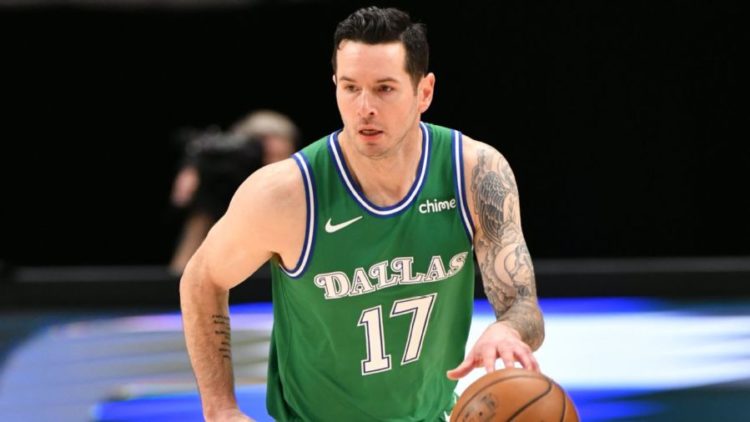 JJ Redick makes the headlines frequently. He is used to that. Infact, in any form of sports, there are always some characters who like being in the headlines. The former NBA sharpshooter recently made headlines with his passionate word words on ESPN’s First Take. Again he did the same while answering a debate about Stephen Curry vs Luka Dončić.

The NBA Western Conference Finals between Dallas Mavericks and Golden State Warriors has become a hot topic. This is because the Finals will also witness the Stephen Curry vs. Luka Dončić contest.  In fact, if the series comes to a single-shot decider, then it is likely that one of these two stars will take the winning shot. This is going to be a high voltage clash. Naturally, debates have started regarding the Curry vs Dončić duel.

In such a debate on the ESPN First Take, JJ Redick stated that he would choose Dončić over Curry to take the winning shot. He even provided a passionate defense to his answer. However, shortly after answering the debate, Redick backed off his response. He also called the question of debate ridiculous. All these have sparked off yet another topic for discussion. Read the article to know what exactly did JJ Redick say.

The Western Conference Finals between Dallas Mavericks and Golden State Warriors have become a hot topic of discussion. The Finals are also seen as a duel between Stephen Curry and Luca Dončić. JJ Redick, while answering the Curry vs Dončić question on ESPN First Take, debated with the host Stephen A. Smith and the current NBA player Patrick Beverley. Both Smith and Beverley chose Curry as a better choice. Both of them had no doubt regarding Curry’s abilities. Redick, on the other hand came out strongly in support of his former teammate, Luka Dončić.

JJ Redick argued that Luka was the clear choice between the two. According to him, Curry takes time in hitting the target. But, for him, Luka scores at ease. All he needs is the ball to score. Follow the link given below to hear what Reddick had to say during the debate:

We may disagree with Redick’s choice of Luka over Curry. But he made a strong point about Luka’s ability to create a shot for himself. On the other hand, Curry has to run offscreen to create an opening for him. His debate against Smith and Beverley is honest. In fact, for many, he won the debate.

However, soon after the debate, JJ Redick went on to Twitter and undermined himself by backing off his statement.

Redick Calls off His Statement

JJ Redick’s quick shift from an NBA player to an analyst is generally credited to his being smart, thoughtful and opinionated. In his podcast, The Old Man and the Three, all these characteristics are clearly visible. Even in TV shows and debates, he sticks to his characteristics. But, after the show, when he backed off his comments on Twitter, that seemed very uncharacteristic of him.

After the show, a random, unverified Twitter user posted a clipping of the Curry vs Dončić debate and tagged Reddick, calling him a clown.

Replying to this tweet Redick criticized the question of the debate and the First Take show itself. He said that the questions in TV debates are ridiculous and one is forced to make a choice. Follow the link to see the tweet:

This is really shocking to see Redick backing off his comment and blaming the TV show for that.

JJ Redick made the headlines with his choice of Dončić over Curry and then backing off his response. However, the debate seems quite right to us. Among all other players, these two are the ones who can make a difference.

There is no doubt that Stephen Curry is one of the greatest shooters in NBA history. In fact, he has the ability to hit a dragger from any point on the ground. He also has five winning shots within less than 5 seconds left. Yet, he is not particularly well in the dying seconds of the game. Here Dončić comes strong. In just four NBA seasons, he consistently hits winners in the dying seconds of the game. Therefore, both the players have something or the other to advocate for themselves.