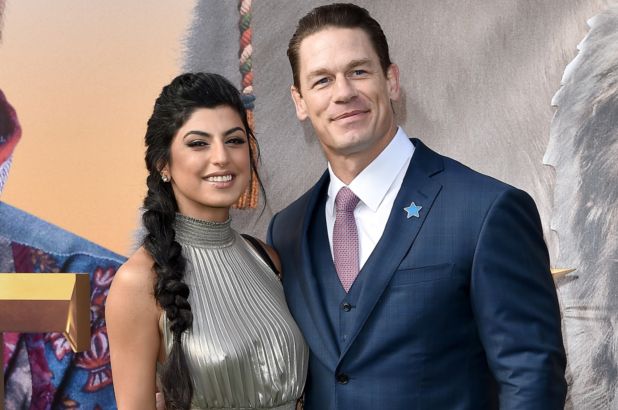 John Felix Anthony Cena Jr. is a popular professional wrestler and presenter. He is at the moment hosting Are You Smarter Than a Fifth Grader? in the Nickelodeon Channel. He also has starred in many films. He is one of the greatest wrestlers of all time. The wrestler has tied a knot with his girlfriend Shay Shariatzadeh recently. The fans of the WWE star are very happy for him. The ceremony happened on October 12 at Tampa, Florida and it was a very private ceremony. Know all the details about this information here.

The birth date of John Cena is April 23, 1977, and his birthplace is West Newbury, Massachusetts. He is the son of Carol and John Felix Anthony Cena Sr. He has one elder brother and three younger brothers. He went to Central Catholic High School. He graduated with a degree in exercise physiology.

He started to train as a professional wrestler for Ultimate Pro Wrestling. He appeared as a robotic character named The Prototype. Then he became a legend in the wrestling ring after many years of entertaining the audience. After that, he made several film and television appearances. He also showed his talents in the music industry. The player became famous because of a popular meme having his photo in social media.

At first, Cena announced his engagement with Elizabeth Huberdeau. Then he got married to her on July 11, 2009. But Cena filed for divorce. Then he married Nikki Bella a fellow wrestler however they also got divorced. He shared that he does not want to have children because of his career. He did not like to be an absentee parent. Then Shay Shariatzadeh became his girlfriend.

Shay Shariatzadeh is the very beautiful girlfriend of John Cena. She is an engineer working in Canada as a product manager. She also has worked at Motorola Solutions and researched on video intercom systems. She finished her education at the University of British Columbia and received a bachelor’s degree in electrical and electronics engineering.

John Cena kept his life with his girlfriend private but they both debuted at October 2019 red carpet. He met her while filming Playing with Fire in Canada. Then they started to date from that year and now they have become husband and wife. However, the rumours of their engagement spread all over the social media when Shariatzadeh got spotted wearing a ring.

They both looked fantastic in their dress. He shared that she was a beautiful date. Then they both decided to marry. Their reception was a simple ceremony that happened at Tampa Bay. According to the sources, the guests of the marriage were their family, friends and WWE talents. Many fans conveyed their wishes to Cena and his bride after hearing the information. They are happy for the man who is kind-hearted and generous.

John Cena marrying his long-time girlfriend is happy news. We cannot wait to know the future projects of the WWE star and host.

Also read: 5 Parts of Your Personal Life You Need To Keep For Yourself