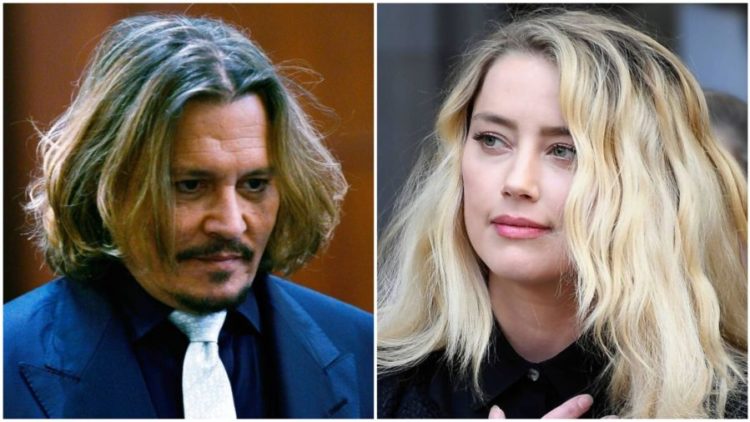 The ongoing Johnny Depp vs his ex-wife Amber Heard case has certainly become a topic of discussion. So, all of us know about the famous actor Johnny, the Captain Jack Sparrow of the Pirates of the Caribbean movie series, right? Well, things are not going great for the actor at the moment as he and his wife are ongoing a trial right now. Of course, this case is not something new, but things have taken a quick turn as of late. So, what’s the deal with Johnny Depp and Amber Heard’s case in the first place? The case has seen some outrageous days, and it has become a global thing now. Everyone’s talking about the Johnny-Amber case.

Follow this article if you want to know some riveting facts about the whole case. Here we will share everything that you need to know about Johnny Depp and his wife’s trial. For instance, we will share how it all started and also about the drastic turn of the events as well.

First, there was a lawsuit and then a counter lawsuit. Accusations after accusations and it’s something that has become a staple hallmark of this legal battle between Depp and his ex-wife Amber Heard. Currently, things have become murkier than before with brand new twists and turn every day. Naturally, this lawsuit case is taking a drastic turn now and we don’t know what the future holds.

A lot of people may think that this legal battle between Johnny Depp and Amber Heard resembles a courtroom drama. However, it’s a harsh reality where the private lives of a celebrity couple have been exposed to the entire world.

So, if you are new to this whole affair, then let’s find out how it all began in the first place. In other words, we shall take a look at the source point of this legal battle.

The Sour Moment Between The Duo in 2016

As we may know, Amber Heard is the ex-wife of the famous actor, Johnny Depp. Johnny’s a very famous US actor who has played the role of Captain Jack Sparrow in the movie The Pirates of the Caribbean. In addition, he has also played in a number of movies where he showcased his artistic talent.

Now, the duo didn’t have a great time together. So, in order to move on, they decided to go their separate ways in 2016. However, the divorce didn’t end everything between them, as Amber Heard also filed for a domestic violence restraining order. She accused Depp of violent and volatile behavior under the influence of drugs and alcohol. It was the beginning of a storm, as we can understand.

Thereafter, Johnny denied all the charges and he also filed a counter lawsuit against his wife. Furthermore, he also sued a British tabloid for a headline, that read ‘wife beater’, in 2018. Incidentally, it was an article written by Amber Heard, though she didn’t specify the name of Depp, subtly referred to her as a potential victim. In fact, she even subtly termed Johnny as an abuser.

Of course, Johnny had to face some repercussions due to this incident. For instance, he was ousted from the sixth installment of the Pirates of the Caribbean franchise. It was after that that Johnny decided to take a legal route with the situation.

Johnny Filed A Defamation Case Against His Wife

Now, in the year 2019, actor Johnny Depp filed a defamation suit, seeking around 50 million dollars from his ex-wife. What’s more, Amber, as a counter-attack filed for a 100 million dollar countersuit against Johnny. She claimed that the actor had defamed her.

On this note, Depp suffered a setback in the year 2020 as he lost the battle against the British tabloid. Needless to say, it affected his performance and his career considerably. He was about to play the role of Grindelwald in the Fantastic Beast series. But, Warner Bros requested him to resign from that position.

Despite that, he didn’t lose hope as a year later in 2021, he contested that ruling with ‘overwhelming evidence’. However, the court didn’t hear that so he pinned all his hopes on the defamation case of 2019.

A Drastic Change in The Case

Lawyers of Johnny and Amber are battling it out in court since 11th April 2022. However, it seems that tables have turned now, especially on 3rd May. So, the Judge made a major decision in the case that can possibly change the entire course of the case.

Since the inception of the case, each day has been a whirlwind, a rollercoaster experience. It’s a hit and clash moment with Lawyers of both parties going against each other to win the case. However, Judge Penny Azcarate’s decision has become a major point in this case now.

Also Read: Who was Johnny Michael Allen? Why did Cyntoia Brown Long Shot Him?