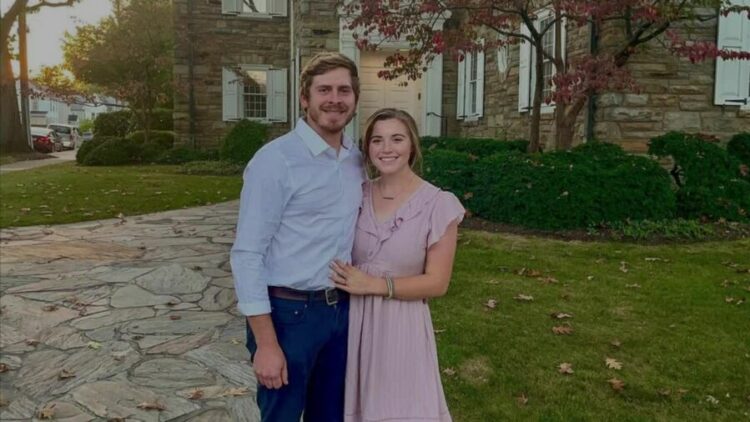 Joy-Anna Duggar is a well-known television personality from America. We mainly know her for her work in Jill & Jessica: Counting On and 19 Kids and Counting. She is married to Austin Forsyth. The couple tied knots on the 26th of May 2017. They already have two children named Evelyn Mae and Gideon Martyn. However, Joy-Anna is pregnant again and the couple is expecting their third child. They posted a Youtube video and a social media post to share this news.

A joint announcement from Duggar and Forsyth dropped on Instagram to let the world know of the good news. The post showed a picture of the couple holding a photo of the Ultrasound. The post caption informed us that the third child of the couple is about to arrive soon enough. In addition, there was another photo which showed the couple in a happy mood with their two children.

They also uploaded a video on Youtube. The video showed Duggar before going for the pregnancy test. In it, she stated that they have been trying for a third issue. So, she is really excited. However, she also stated that if the reports emerge negative, then too they wouldn’t break down. The excitement was visible on her face and finally, things turned out to be positive for them. Before looking at the test results, Anna stated that they are ready to welcome their third child. She also admitted that they love their family and would love to extend it. As per reports, the third child of Duggar and Forsyth is due to arrive in May 2023.

Reaction To The News

In addition, one fan stated that this is the “ sweetest pregnancy reveal”. Several fans started to flood the comment section of the post with good wishes and congratulations. It is indeed a lovely moment for the couple and deserves to be celebrated.

We already know that Duggar and Forsyth got married in 2017. Within five months of their marriage, they came up with their first pregnancy announcement. Gideon, the first child was born in 2018. However, she miscarried in 2019, when she was in her 20th  week. Their second child, Evelyn, was born in 2020. Therefore, now they are ready to welcome their third child. Congratulations and good wishes to the couple.