Kenny Moore II and The Indianapolis Colts: An Issue That Needs To Be Solved 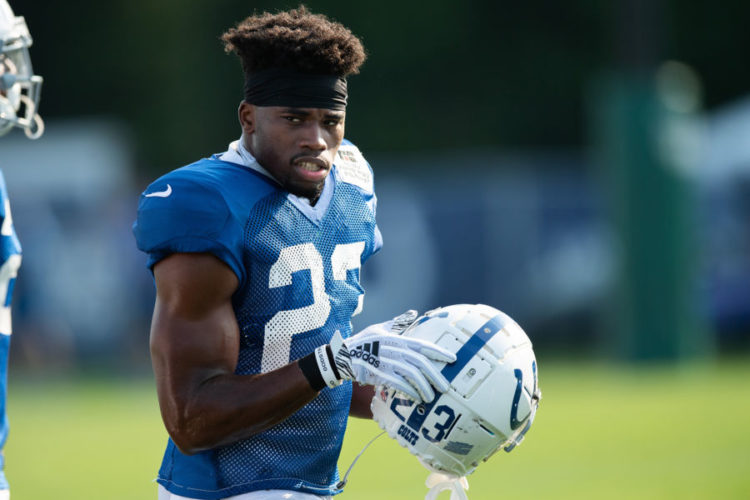 Kenny Moore II is becoming a cause of worry for the Indianapolis Colts. The Colts have successfully added a host of new talents to their team this offseason. Therefore the fans are excited as they sense that the Colts will do better in the AFC playoff race in 2022. However, to do that, their top players also need to pull up their socks. The Colts have the services of some top players like left guard Quenton Nelson, linebacker Darius Leonard and running back Jonathan Taylor. Therefore, going into the 2022 season, the Colts have a pretty deep roster.

The Colts already have Gus Bradley as the new defensive coordinator. Apart from this, they have a host of newly added players, including Stephon Gilmore. Thus the team must solve the Moore issue at the earliest. Read the article to know more.

Moore’s Performance for The Colts?

Kenny Moore II joined Indianapolis back in 2017. Since then he has impressed in his game. In fact, he has been a game-changer for the Colts. In 2020 Kenny Moore II was named the AFC Defensive Player of the Week for his performance in Week 14. Moore started 17 games for the Colts in the 2021 season. He made 101 tackles in total. Thereby he became one of only two NFL defensive backs to register 100 tackles in 2021. Thus it is no wonder that he was the team’s nomination for the Walter Payton Man Of The Year Award.

Therefore, if the Colts want to make a mark in the AFC playoff race this year, they will need Kenny Moore II. It is true that they have a host of other options. They also have Stephon Gilmore, who had been the 2019 NFL Defensive Player of the Year. But Moore’s addition to this team would earn them admiration for some of their rivals.

It seems that Kenny Moore wants a new contract from the Colts. Stephen Holder of The Athletic suggested that Moore sat out of the practice sessions in order to show his desire for a new and better contract. When the Colts coach Frank Reich was asked about the matter, he said that they all love Moore. He also stated that at this level of career everything is voluntary. Therefore, the players have to make their own decisions. Frank added that they will keep working hard to get the players ready for the season. He admitted that Moore didn’t practice with the team. But at the same time, he added that he is ‘thankful’ to Moore for his presence.

Kenny Moore has two more years left of his contract with the Colts. However, as Stephen Holder reported, the Indianapolis Colts might not want to restructure Moore’s contract. The team seems to believe that Moore’s existing deal is fair enough. But Moore himself seems to think the otherwise.

The deal that Kenny Moore signed with the Colts in 2019, has two more years left to it. At that time, he was just a fresher. By 2019 he had only played for two seasons. Moreover, he played as a starter only in the 2018 season. Therefore the Colts agreed to a four-year contract that would fetch him $33 million.

But since then he has developed a lot. At present, he is one of the top corners in the league. Last season he has also earned his first Pro Bowl selection last season. At present twenty-six counter-backs, including a few rookies earn more on average than Moore. However, unlike other counter-backs, Moore has been used by the Colts in a plethora of ways within their defensive scheme. Thus he is more than just a slot corner.

Therefore, he deserves a better-structured contract. But he should also understand that he will not be able to earn $20 million a year like some other stars. Therefore he is in a unique situation. But if the Colts want to make a mark this season, they must try to keep Kenny Moore on the team.