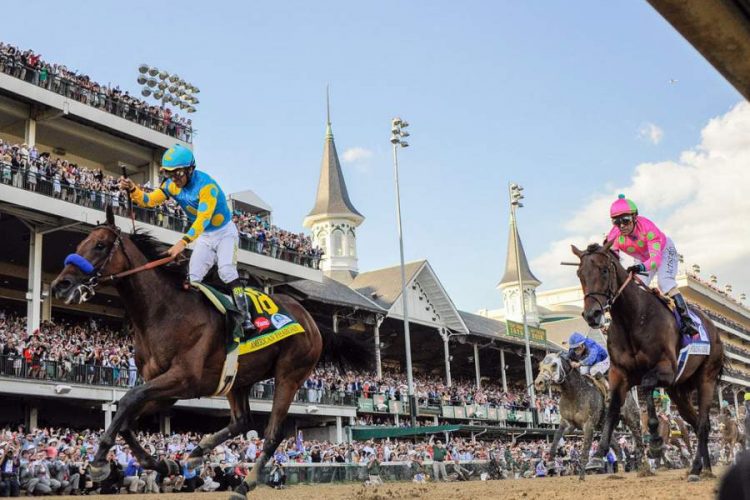 Have you heard about the sport called Kentucky Derby? It is a prestigious horse race held yearly in Louisville, Kentucky, United States. Also, it happens almost on the first Saturday as a tradition. It gets celebrated as a two-week-long festival called Kentucky Derby Festival. The horse race happens with three-year-old Thoroughbreds for a particular distance. Furthermore, this event is named “The Run for the Roses” as the blanket of roses gets draped over the horse and its rider who win.

The people of the United States call it “The Most Exciting Two Minutes in Sports” as it happens for an approximate duration. This is one of the longest-running races in history as it got inaugurated in 1875. A horse has to win the three races to become the winner of the Triple Crown. Moreover, the attendance at this race is more than other races in North America.

Know about the history of the Kentucky Derby

Col. Meriwether Lewis Clark Jr is the founder of the Louisville Jockey Club who built the Churchill Downs. He is the grandson of William Clark. Also, he started a tour that landed him first in England. He visited Epsom and Surrey. Also, this is the place where The Derby is running since 1780.  After that Clark went to Paris, France where he met people who started the French Jockey Club in 1863. It became one of the greatest races in France.

After returning to the United States, Clark formed the Louisville Jockey Club that will raise money for constructing racing facilities. This track came to be known as Churchill Downs named after John and Henry Churchill. They are the ones who provided the land for the racetrack. At first, the Kentucky Derby race was run at 1+1⁄2 miles and then the length got changed to the current 1+1⁄4 miles. In 1875 the race had the crowd of 10,000 people and fifteen three years old horses part of it. Furthermore, the first horse that won the race was Aristides ridden by jockey Oliver Lewis.

This first race happened without any problems however after that the track faced financial difficulties. But in 1894 the new Louisville Jockey Club started with improved facilities. Then in 1902 Col., Matt Winn of Louisville got the facility. Under his hand, the race prospered and became the preeminent Kentucky Derby race. The owners of Thoroughbred horses sent their horses to the races. The two other races of the Kentucky Derby are Preakness Stakes and Belmont Stakes. Also, these three races offered large purses. In 1919 the first horse that won all three races are Sir Barton. Then the term Triple Crown came to be in use after ten years.

The race received public attention and many people became enamoured of the idea of superhorse winning the races. That is why the race started to happen on the first Saturday of May. This changed helped the Triple Crown races to have a specific schedule. From 1931 the Kentucky Derby races happen in order. First is the Triple Crown races followed by Preakness Stakes and Belmont Stakes.

The first live radio and television broadcast of the Kentucky Derby

The first live radio broadcast of the Kentucky Derby aired in the WHAS and WGN in Chicago on May 16, 1925. Then on May 7, 1949, the Kentucky Derby received the first television coverage. The producers were WAVE-TV which is an NBC affiliate in Louisville. Also, many people saw the race through the national broadcast. Because of the popularity in radio and television, the purse exceeded US$100,000.

In 1968 Dancer’s Image became the horse that won the race. But it also faced disqualification. This is because of the urine test done on the horse that revealed traces of phenylbutazone. It is an anti-inflammatory painkiller drug that helped the horse to win the race. Moreover, the owners of the horse fought in court but they lost. Then the prize went to the horse named Forward Pass.

After this incident, the regulations of the horse race changed. The horses were able to run on phenylbutazone in the race. Then in 1970, Diane Crump was the first female jockey to win the race with her horse.

The traditions of the Kentucky Derby

The race itself is a tradition but there are other matters that also became a tradition. In the Derby atmosphere, the mint julep which is an iced drink made with bourbon, mint, and sugar syrup is famous. This drink can also be found in many BourbonBars in Louisville. Also, it is one of the trademark beverages of the race. This historic beverage served with an ice-frosted silver julep cup. The other popular Kentucky dishes served during the races is called Burgoo made with the thick stew of beef, pork, chicken and vegetables.

This is the history of the Kentucky Derby. It is an important festival to the people of the United States. Also, it is part of their tradition.

Also read: 7 Hottest Referees in The World You Did Not Know About