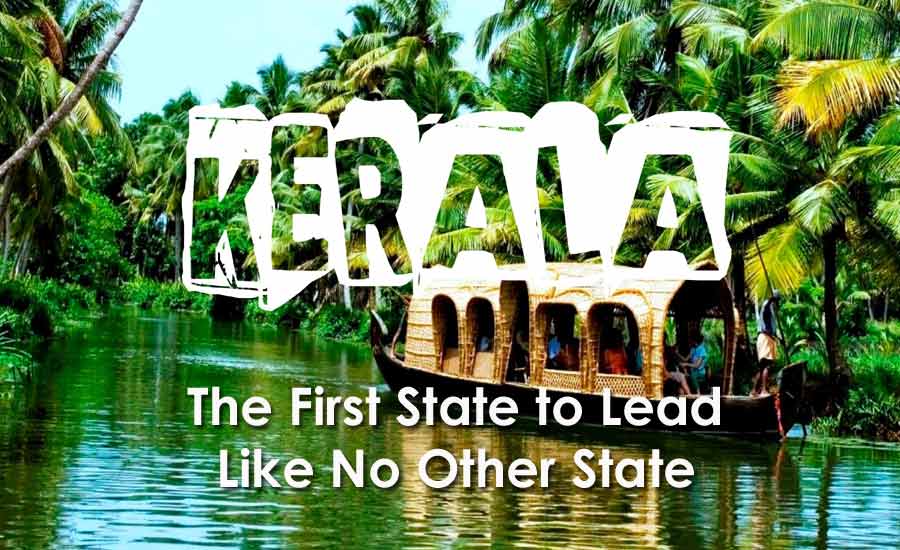 God’s own country, Kerala which is popular for its beautiful scene, lakes and coconut trees. Not only it has beautiful scenery to offer, but Kerala is also that state which leads in many things, unlike other ones. Kerala is one perfect example that stands out for anything and everything if we talk about education, technology, gender equality, sex-ratio, etc.

Let’s have a look at why Kerala is always on the number one and in which things? Have a look

1. Kerala is the first Indian state to achieve 100% primary education

Also read: 9 Reasons I Love My India More Than Any Other Country

2. Kerala is the first state to introduce a policy for transgender

3. Kerala is the first to open transgender school and cafe

4. Kerala is the first one to launch a sex offender registry

The first of its kind initiative has been launched Kerala to address the increasing immunity of sex offenders. The reason to set up this registry is to provide full security to all the women in the state.

5. Kerala is the first digital state in India

Kerala has been declared as the first digital state in India. Within a few years, the state has achieved 100 percent mobile connectivity and 75 percent Internet literacy. Besides this, the state also has the highest record of digital banking, bank accounts linked to Aadhaar card and e-governance along with the excellent broadband connectivity.

Also read: 8 Bridal Wedding Attire From Different Countries Which Can Flip Your Perception

6. Kerala is the first state to have a complete yoga village

Kerala has a village known as the village of Kunnamthanam which is now a complete yoga village. The main aim is to make yoga an integral part of the lives of the people.

7. Kerala is the first state where women outnumber men

Kerala is the first state where the number of women outnumbers men in the state. For every 100 men, there are 109 women in Kerala which you will not find in any other state.

Also read: 5 Most Beautiful and Richest Temples of India That You Need To Visit Once In A Lifetime

8. Kerala is the first state to have the dowry-free zone

The small village in Kerala, Nilambur is the only village in the whole country that welcomes you with a signboard that says: Dowry Free Zone. Several movements were held to make the village dowry-free in a year. Many projects and sensitization programs were also carried out to wean the people away from the practice of dowry.