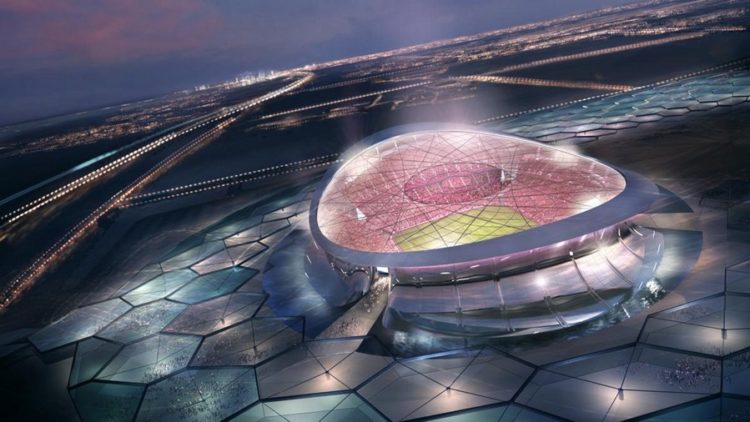 There is exactly one year for the FIFA World Cup 2022 to begin. The host nation Qatar has finished the construction of the eight tournament venues. Stadium 974 is the new arena. It will be officially announced soon. The ground is going to host its first match on November 30. At this time the UAE will take on the rivals Syria during the opening day of the FIFA Arab Cup. This brand-new stadium is the seventh venue which will get completed by Supreme Committee for Delivery & Legacy (SC).

What is the history of Khalifa International Stadium?

The Khalifa International Stadium is the principal football stadium in Qatar since 1976. This stadium was constructed to serve as the flagship venue for the 1976 Gulf Cup. Initially it was able to accommodate 20,000 spectators. Then the stadium received an upgrade several times. During the 2006 Asian Games, the capacity increased to 40,000 seats. F

In 2010 it received the honor to host the 2022 World Cup. An extensive upgrade was done on the stadium to keep it in excellent condition. The work to prepare the stadium for the 2022 World Cup began in 2014. They refurbished the stands, designed additional seating, arranged hospital facilities and constructed innovative roof membranes, and more. The iconic arch of the stadium had a new one and also a got a second one.

The work of upgrading the stadium got over in 2017. It made it the first 2022 World Cup stadium to get over. In 2019 Khalifa International Stadium was chosen for the 2019 IAAF World Championships in Athletics.

Why the new venue is called stadium 974?

Stadium 974 was at the beginning known as Ras Abu Aboud. It is primarily constructed with shipping containers and modular steel elements. The inspiration of the design is from Doha’s identity and history. It is a well-known port city in the Middle East. The venue is situated close to the Doha Port and is near the West Bay skyline. Also, the stadium can accommodate 40,000 and will be able to host seven matches from round 16 at the FIFA World Cup 2022.

Why Khalifa international stadium is the best option?

Qatar is the first country in the Middle East to host FIFA World Cup. After unveiling stadium 974, SC’s Secretary-General H.E. Hassan Al Thawadi said that he is proud to announce the completion of Stadium 974. It is another milestone that is reached. He said that they are considering this innovative venue as a game-changer. It will pave a way for future mega-events.

It will become an example of a powerful legacy that the World Cup will leave. Here are some of the facts about the stadium that makes it the best option to host FIFA 2022.

It is the most commutable stadium in Qatar. This is because of its location. The people traveling from Bahrain will be able to reach the stadium quickly. There are metro options available too. Traveling to this stadium is environment friendly too. There will be fewer cars on the road because the travelers can take a bus. So, Doha metro will play a huge role in making the commute to the stadium a hit.

3. Design of the stadium

One of the laudable facts about the stadium is its design. It is striking to see. The area has two dual arches that form a wide canopy. Also, the cooling systems in the stadium work effectively because of the design of the canopies. It has LED pitch lighting and digital floodlights. The design and the structure of the stadium are a marvel of construction. That is why it has grabbed the attention of many countries. Now, this model will get replicated in other stadiums as well.

When the FIFA World Cup will take place?

How to reach Khalifa International Stadium?

The Khalifa International Stadium is situated in the West of Doha. It is 10 Kilometers from Central Doha. Also, it is 18 kilometers from The Pearl Development. The travelers can reach the venue through the metro. The newly opened gold line is the Station Sports City that runs through Central Doha. The address is Al Waab St, Doha.

There are also other places to enjoy near the Stadium. Qatar’s other Olympic sports facilities are also available. For instance, there is an aquatics center and indoor hall located near the stadium. The travelers can also find the large Villaggio Mall and the Nearest Hotel called The Torch Doha Hotel.

In the popular Villaggio Mall, travelers can find places to eat and play. There are international chain restaurants inside it such as Pizza Express, Shake Shack, TFI Fridays, and more.

If the travelers want to stay close to the stadium there are two excellent hotels available known as Torch Doha and the Movenpick Al Aziziyah. There are cheaper hotel options also available.

Khalifa International Stadium is one of the examples of incredible construction. The efforts of renovating it have resulted in huge rewards for Qatar.

You may also read: UEFA Land 3 Year Partnership with Bwin