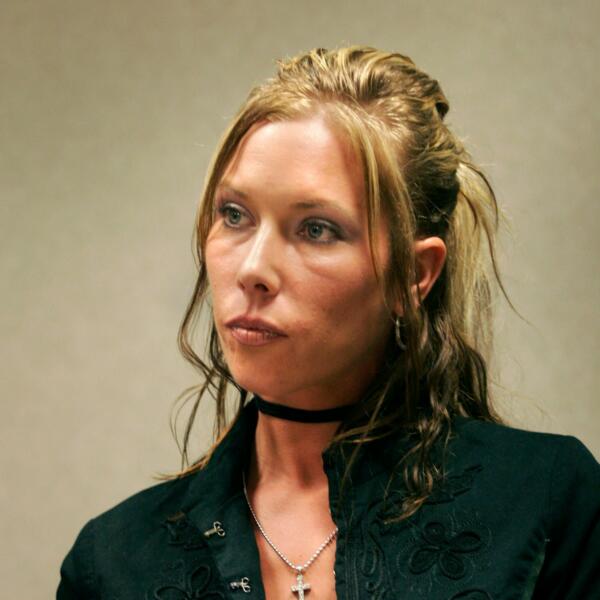 Kim Scott Mathers, also known as Kimberly Ann Scott, rose to fame after dating Eminem in the ’90s. We have seen various instances where numerous people came into the limelight due to their relationships with famous people. Eminem is a name which any music lover would recognise in an instant. In fact, he is regarded by critics as one of the greatest rappers to have ever walked on this earth. Moreover, he enjoys a huge fan base and is hugely popular among his fans.

Kim Scott Mathers dated the legendary rapper for almost a decade. In fact, they shared such an intense bond that their close friends regarded them as a pair designed in heaven. However, like any other relationship, there were heated moments between the two. Unfortunately, the couple ultimately decided to walk their own ways. If you wish to know more about the ex-wife of Eminem, then this article is the perfect stop for you. Keep reading this article to know more about Kim Scott Mathers.

We already know that Kim Scott Mathers or Kimberly Ann Scott rose to fame due to her previous relationship with Eminem. In fact, in the ‘90s various media sources and newspapers documented the intimacy between the two of them.

Born on January 9, 1975, Kim had a problematic childhood. Though she was born in Michigan, in 1988, she ran away from her house with her sister. He took shelter out of Detroit. Thus, her childhood went through a really rough patch.

Kim Scott Mathers knew Eminem from her childhood days. In fact, both of them knew each other since they were children. To be precise, when they were teenagers, they met for the first time in 1987. After that, in the entire ‘90s, various stories about the two started to circulate. In fact, they dated for about a decade. In addition, they also had a child named Hailie Mathers.

The relationship between the two became a serious one after the birth of Hailie in 1995. Finally, they decided to tie knots in 1999. But, after a few happy years, their relationship entered a rough patch. Their marriage ended in 2001, but they decided not to part ways. Rather they again married in 2006, only to get divorced in the same year.

The Suicidal Tendency Of Kim

Various reports suggest that Kim Scott Mathers is a suicidal person. In fact, reports about her suicidal attempts began to circulate and that brought people to her place in Michigan. However, she became restrained and defensive. After that took her to a medical centre for psychological evaluation and medical care. However, later she admitted that Eminem helped her to leave out her suicidal thoughts.

Though the relationship between Kim Scott Mathers and Eminem was not a long-lasting one, it was a passionate one. In fact, it is one of the most discussed relationships in the entertainment industry.