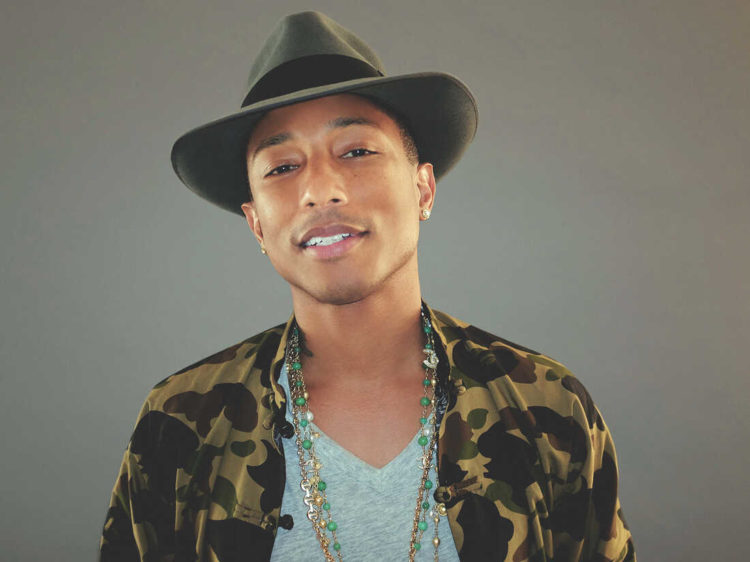 Are you a crazy fan of the legendary American singer-songwriter Madonna? Well, then you must have indeed heard about the super-producer Pharrell Williams. She had once collaborated on the album “Hard Candy.” However, according to the pop megastar, it was just a rough team-up. But what is surprising is that Williams once left her in tears after an argument. Can you believe it? In fact, this shocked Williams that Madonna chose to expose the incident.

Moreover, the pop megastar also revealed that it was initially pretty difficult to work with the Neptunes partner. In fact, at one point, he had gotten on the singer’s nerves to such an extent that she could not hold back her tears.

So would you like to know more about Pharrell Williams? Stay with us until the end, as we will share with you some of the significant aspects of the celebrity rapper. Let us have a look!

A Short Bio About Pharrell Williams

Since you are reading this article, it is evident that you are ardent fans of the American rapper Pharrell Williams and the pop megastar Madonna. Well, you are at the right place as we will share with you some of the interesting aspects of the celebrity rapper’s life.

Pharrell Lanscilo Williams is not just a rapper, but he is also highly popular as a record producer, singer, songwriter, and entrepreneur. On April 5, 1973, the young celebrity was born in Virginia Beach, Virginia, United States. Therefore, he is presently 49 years old.

In fact, alongside his close colleague Chad Hugo, Williams formed the hip hop and R&B production duo The Neptunes. It was in the early 1990s. Moreover, in 1999, he also became the lead vocalist of the band N.E.R.D., which he formed with Hugo and drummer Shay Haley. People often refer to Williams as one of the most influential and successful music producers of the 21st century. Needless to say, he had a significant impact on the sound of modern popular music.

In 2006, Williams released his debut solo album, “In My Mind” (2006). Moreover, he also featured in the song “Blurred Lines” with Robin Thicke and T.I. His song “Happy” was the lead single for the soundtrack of the film “Despicable Me 2.” At the same time, we also saw him in Daft Punk’s single “Get Lucky.” He also won Record of the Year and Best Pop Duo/Group Performance at the 56th Grammy Awards for this. His second album, “Girl,” was also pretty famous.

Did You Know Pharrell Williams Once Made Popstar Madonna Cry During Their Collaboration?

If you are a fan of Williams, you will know that the young musician has also won numerous awards and accolades. He has won 13 Grammy Awards, including three for Producer of the Year, in the Non-Classical category. He is also a two-time Academy Award nominee. So it is pretty natural that a celebrity like him might collaborate with a megastar like Madonna.

However, Madonna once admitted that it was not easy for her to work with the American rapper. In fact, there was a time when he irritated her so much that she was in tears. She said, “He made me cry. I’ve never told that to anybody.” In fact, in another interview, the “Die Another Day” singer went into a bit more detail about her scuffle with Williams.

According to the pop star, she was in a sensitive mood. Since she was singing, she did not understand the rhythm he wanted her to sing. So he gave her a hard time, and she was taken aback by his way of talking. Therefore, she stopped him and said they needed to talk and sort this out.

When the news became public, Pharrell Williams could not believe it initially. He had never expected this to come out. However, in an interview, later on, he corroborated Madonna’s claims. “I totally made her cry like a baby. I had to get her a towel,” he said. “We were alone recording the album, and she kept talking a lot of rubbish, so I shouted a lot of rubbish, and she started crying her eyes out.”

The singer also admitted that he had said some nasty words to bring out the best in Madonna for that particular song. So her sudden disclosure of the incident naturally stunned him. He could not believe she had told someone about it. The whole situation was very intense. Needless to say, it was totally weird to make Madonna cry, but what was even strange to Pharrell was that she told everyone that he made her cry without explaining the context.

Madonna Reveals That She Worked With Pharrell To Get Inspiration

If you have listened to Madonna’s songs, you will know that in 2008, she tried out a different style with the album “Hard Candy.” This album was a bit different from the earlier songs of her career.

So here, she had collaborated with several heavy hitters in the industry. Apart from Williams, she also collaborated with Justin Timberlake and Timbaland. In an interview, she discussed why she chose these artists to help with her album.

Madonna confessed that she did not have much idea about what kind of music she wanted to make. She just knew that she wanted to collaborate with Pharrell and Justin, and she needed this inspiration. Therefore, Madonna went after the singers whose records she liked and selected them later. However, she had admitted that it took her some time to become comfortable with her new crew, but there was satisfaction regarding the record.

She did not hit it off with them right away; gradually, things got better. As we all know, writing is not easy as it sounds. I need you to be vulnerable. Therefore, it is indeed difficult when you are with strangers. So Madonna, too, had difficult times before everyone got comfortable. However, very soon, she grew very fond of Justin and Pharrell. So you can well understand that all of them had a great relationship with each other.

So as we conclude, we can say that both Pharrell Williams and Madonna are some of the most popular names in the music industry. Therefore, quite naturally, when there is juicy news like this, people will become curious about it. However, we should all know the entire news before making any comments. If you are eager to know the real matter, you can read it here.