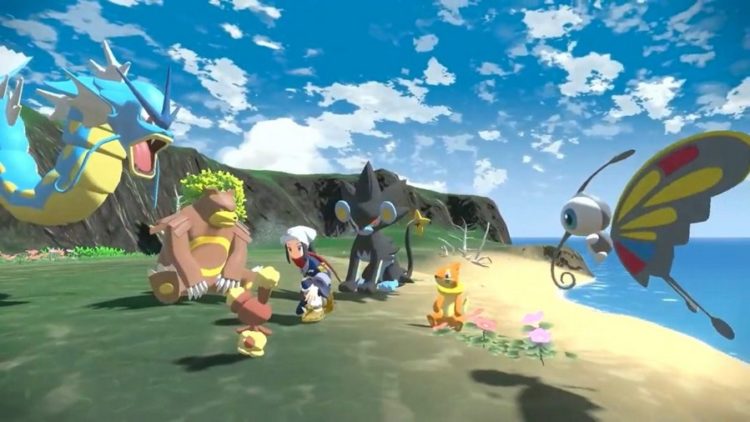 Pokemon is one of those games with which nostalgic memories of most of our childhood days are associated. Therefore, it has remained the favorite of most gamers for many years now. Especially when it concerns the Pokemon Legends Arceus, the craze and hype of the fans will be huge. In fact, this game has made the headlines for its impressive graphics and interesting characters.

There are many Legendary ‘mon hidden throughout the Hisui region as per the sources. This is where you will find Heatran in Pokemon Legends Arceus. In fact, you can also catch the Lava Dome Pokemon. So would you like to know about this in detail? Stay with us until the end to know some of the exciting facts of the game.

Some Significant Aspects that You should know about this Game

Since you are reading this blog, you will know that Pokemon Legends Arceus is set in Sinnoh’s ancient past. However, Game Freak has used the Diamond and Pearl origin story to bring back the fan-favorite Gen IV characters. In fact, you will be amazed to know that the region’s Legendaries will also be back this time.

Furthermore, the news which has made the fans even more eager to play this game is the return of Guardian of Stark Mountain, Heatran. Sounds exciting, right? However, you can catch this rare Pokemon only by a special method. Would you like to know about it? Well, you are at the right place as we will share with you some of the essential aspects of how you can catch this Pokemon. You can also check out the video of how to catch Heatran here

What is the Location of Heatran in Pokemon Legends Arceus?

Many of our readers are probably wondering where they will be able to find this rare Pokemon in this game. Let us share with you the details. If you are active on social media platforms, you will know that Heatran is not available until the post-game. Therefore, the trainers have to wait for a while till they can get hold of Heatran.

Just one month till the launch of Pokémon Legends: Arceus. 🏔️#PokemonLegendsArceus pic.twitter.com/eKhTusqHZa

If the players want it to spawn, they must obtain Mission 22: The Plate of Firespit Island from Volo and Cogito. Yes, it is only then they will get Heatran. In fact, the devs give out the special quest soon after the players defeat the main story campaign after speaking to the two NPCs. So here are some of the steps that will help you find Heatran after obtaining the task:

How can You catch Heatran in this Game?

This is one of the questions that is probably lingering in the players’ minds. Let us help you find the answer. You must know that Heatran is somewhat similar to the Nobles. However, here you have to first complete a particular task before you can actually battle it. As the name suggests, the Lava Dome Pokemon has a fire shield protecting it from damage.

So the players who have already collected the Mud Ball item throughout the map should now equip it before entering Heatran’s lair. Therefore, if you don’t have the object, you can also pick them up on the floor during the skirmish. Here are some of the steps you can follow to catch Heatran:

So that is how you can conquer the Legendary’s special battle; you can now add Heatran to your Pokedex and team. Needless to say, it will be a wonderful experience for the players.

As we conclude, we can say that Pokemon Legends Arceus is one of the top-rated games in the gaming industry. Therefore, when Game Freak comes up with such exciting updates, fans are indeed going to love it.