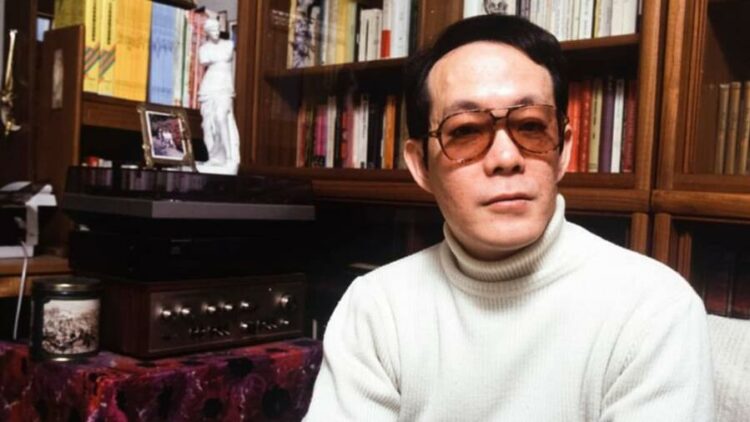 Kobe cannibal case is one of the most disgusting incidents you will ever hear about. Kobe cannibal refers to Issei Sagawa, who ate his friend Renee Hartevelt. It was Sagawa’s 32 years dream to eat human flesh. Even after committing this grisly crime, the man roams freely in Japan.

Issei Sagawa did inhumane things in the name of cannibalism. He fulfilled his vile desire by killing his friend, dismembering her body, and finally eating her flesh.

The sad part of this story is that this man did not have even the slightest remorse for his crimes. Let us learn more about the Kobe cannibal case and the criminal escapes his punishment.

The psychotic Sagawa and his grisly crimes

Sagawa is from Kobe Japan. Due to this, he is known as the Kobe cannibal. Also, Sagawa spent most of his time studying in Paris. He was imprisoned for his horrendous crime of eating his friend in Paris.

After his arrest, he went straight to the mental facility. However, after extradition to Japan, he found a loophole to get out of the mental institution.

No strong evidence or case exists to hold up Sagawa in Japan Prison. It is shocking to know that this criminal is roaming freely on the streets of Tokyo now.

Another part of this story is that this cannibal is now living a popular life in his country. As Kobe’s cannibal case is strange, it appears on Manga and other Japanese magazines.

Several stories portray how he ate his friend. All this time, Sagawa did not repent for his crime. He thinks eating people is ordinary and also speaks about his plans to eat another person before his death. Now let us see how Sagawa developed cannibalism from a young age.

Born in 1949, Issei Sagawa from Kobe, Japan, admits to having a fascination with human flesh at a young age. He describes how fondly he wants to eat his uncle and brother by putting them in a stew pot. From his words, people can see how mentally affected this person is.

Also, he did not control these urges, but he fed them continuously. At school, many thought of Sagawa as an ordinary kid, but they did not know that inside he was planning to eat his classmates.

Due to his psychotic issues, Sagawa’s sexual desire turned into cannibalism. He satisfies his sexual desires by eating people who he admires.

He accuses that showing women such as Grace Kelly is the reason for his cannibalistic intentions. Also, he admits that no one can understand his fantasies, as many do not share his urges.

At the age of 15, Sagawa sought Psychiatric help. He did not continue taking mental therapy. If Sagawa had received proper psychiatric help, he would not have become a monster.

In Paris, Sagawa went to Sorbonne University. In the city, he had new tendencies. He took prostitutes from the street and murdered them. He is also a serial killer who enjoys killing his victims.

At that time, he did not eat his victims but wanted to wait for a proper time to execute his plan. Let us see disturbing details about Kobe’s cannibal case where Sagawa eats his friend.

The heinous Kobe cannibal case and its gruesome details

Renee Hartevelt is a student who was studying with Sagawa. He and Renee became good friends after meeting for dinner. Sagawa did all this to gain her trust, but Renee did not know about his evil intention. One day he attempts to kill her. He fires Renee from the back, and she immediately dies on the floor.

At first, Sagawa thought to call an ambulance to save her. However, he was more interested in his 32 years of desire to eat people. After the murder, he sexually assaults her corpse, later cutting her to pieces. Sagawa committed this grave crime and also revealed ghastly details about it.

The details about his cannibalism are too disturbing to hear. However, this hideous criminal later confesses that he did not want to kill her but eat her alive. After this, Sagawa thought to dispose of her remains on a Paris river. However, people saw blood on the container and reported it to French police.

Sagawa and his straight confessions of his horrendous crime

Cops caught Sagawa in his act. During the investigation, he gave a direct confession. When asked why he killed her, he casually said he wanted to eat her. The French prison could only charge him for two years.

Also, in the trial, the judge declared him mentally insane. Due to this, Sagawa did not get any prison time but went to a mental facility. After the deportation to Japan, he was ordered to stay in a mental facility for the rest of his life.

However, Kobe cannibal did not agree to stay. The French government closed his case. Due to this, he did not get any punishment in Japan.

Since 1986 Sagawa has roamed the street of Tokyo. With no evidence or documents, the Japanese court had no choice but to leave him to walk freely. Even after this trial, Sagawa did not repent.

He also writes a review for Japanese restaurants and spas. Even after doing heinous crimes, he shows no remorse but seeks publicity. He is now 72 years old and has had two heart attacks.

Apart from his horrid crimes, he still enjoys some popularity. However, in a recent interview, when asked whether he would eat his brother? Sagawa smiles and remains silent.