Kyrie Irving Versus The Celtics Fans: An Ongoing Feud 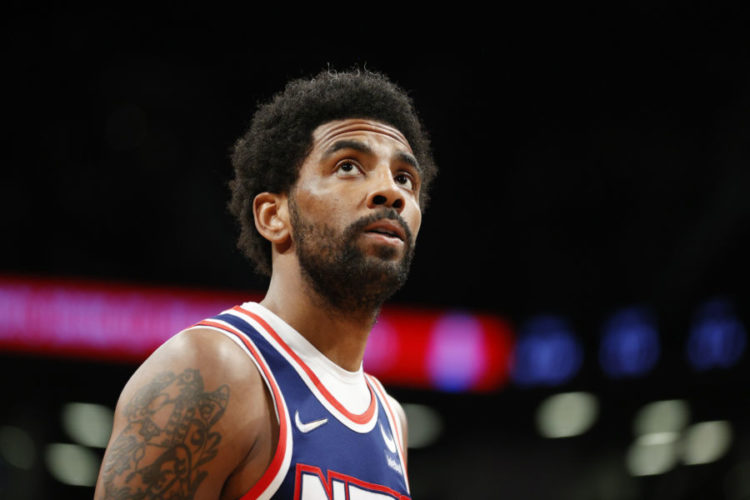 Kyrie Irving Versus The Celtics Fans: An Ongoing Feud

Fans play a very significant role in the world of sports. With their loud cheers, they create an electrifying atmosphere within the stadiums, motivating their teams. But at times, the fans also play a negative role, especially for the opposition. Their persistent booing and provocative comments often lead to a heated exchange of words between them and the players. In fact, at times, these feuds can get even worse. Recently, the NBA world has witnessed a feud between Kyrie Irving and the fans of the Boston Celtics. In fact, Irving was fined for flipping off at the Celtics fans during the Brooklyn Nets’ first-round playoff series at TD Garden.

The Celtics fans kept booing and mocking Irving, a former Celtics player, throughout the series. Kyrie Irving fell out of favor with the Boston fans following his two unsuccessful seasons with the Celtics. Since then, things have become strained between the Boston Fans and Irving. Read the article to know more about the rivalry between Irving and the Celtics fans.

Kyrie Irving and The Celtics Fans

The Celtics fans are known for their loyalty and passion. At the same time, they are unforgiving. During his days at Boston Celtics, Rving has witnessed their good side. He entered the Celtics as a veteran leader to young players like Tatum and Brown. But due to his injuries, wrong attitude, and poor performance, he failed to live up to the team’s expectations and the fans. During his arrival in Boston, he even promised the Celtics fans that he would re-sign for the team at the end of two years. But when Irving left the club as a free agent, the fans were more than happy.

Kyrie Irving had to sit out of the team during most of his first postseason with the Celtics due to his knee injury. Even without him, the Celtics were able to take the LaBron James led Cleveland Cavaliers to seven games in the Eastern Conference Finals.

In his second postseason with the Celtics, Irving struggles even more. The Celtics advanced to the semifinals of the Eastern Conference and even won the opener against the Milwaukee Bucks. But after that, they lost the next four games. Irving had a poor shooting record. His reaction to this defeat and his poor form turned off many fans.

On Monday, while playing “Grand Theft Auto” on a Twitch Stream, Irving was trolled by several Celtics fans. The comments section of the stream was flooding with trolls. Irving, instead of ignoring them, mocked the commenters.

Click on the link given below to know what exactly Irving said during the stream :

Moreover, last season after the Nets defeated the Celtics in Game 4 of the playoffs, Irving stomped on the Celtics logo:

Thus, as long as Irving keeps attacking the Celtics fans, this feud will not end. Celtics are his past, and that is exactly what Irving should understand.

Who is Having The Last Laugh?

Last season the Nets defeated the Celtics and eliminated them. So, it was a nice season for Irving. In fact, the Nets were the No.2 seed in the East, with the likes of Irving, Durant, and James Harden on their team. On the other hand, the Celtics had to struggle.

However, things have changed a lot in this season. The Celtics gathered momentum in the second half of the season as they snatched the No.2 position. On the other hand, the Nets are the seventh seed. Moreover, Kyrie Irving had to sit out of the home games for most of the season as he was unvaccinated for COVID-19. Again Harden was traded for Ben Simmons, who never fitted into the team.

Thus Boston seems to have the last laugh, as they swept the Nets with a four-game defeat.