La Llorona: Is That a True Story About This Weeping Woman of the Southwest 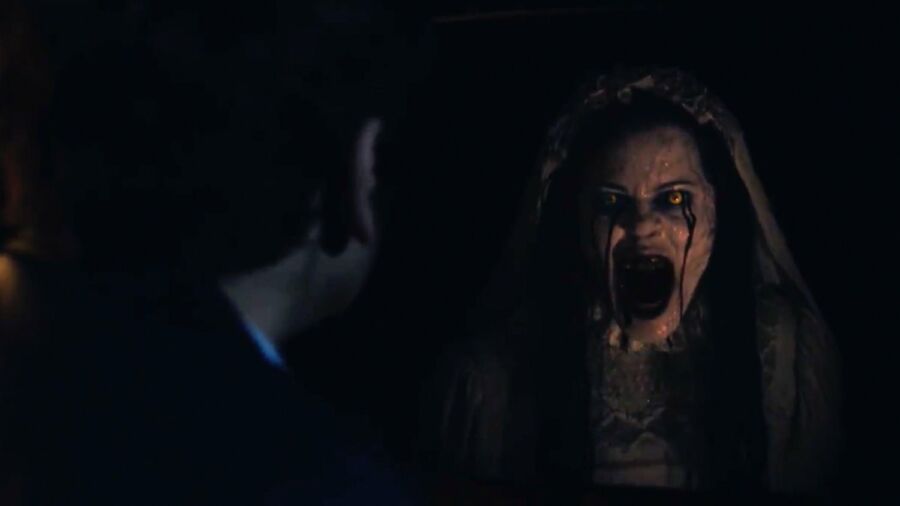 Most Mexican children are not ready to hear this scary story and the scary weeping woman’s name as well. This legendary ghost figure had a terrific story of getting her spirit trapped on earth after her death. Because of this, she used to roam near watery areas like a river, the ocean, etc., after dark.

La Llorona’s Curse – Is That a True Story?

La Llorona’s story has different versions, and one of the popular versions starts with the character Maria. Maria was a beautiful woman, and she married a rich man. The couple had two children, and they stayed happily for many years. After some time, her husband began to ignore Maria but took care of his children.

According to some traditions, Maria was a vengeful spirit and ceased to enter heaven. She used to cry and shout mostly ‘Mis Hijos’ with such a curse. It means, ‘Oh, my children! Most people even spotted her even after their death.

On the same day of her death, villagers heard a loud crying sound of a woman, which was almost similar to the voice of Maria. They even saw a strange figure in white clothes, and she even walked near the riverbank.

Thus, people believed this myth that Maria had no entrance to Heaven’s gates until she found out about her children. Later, Maria got the new name ‘La Llorona’, which means the Weeping Woman. She always likes to roam near the water bodies like oceans, rivers, etc.

People feared the ghost of La Llorona in various traditions. People believe the ghost in different acts. For some, this ghost was even drowning other children. At the same time, some believe that the ghost’s weeping noise is like a death warning.

But some consider it a disciplinary figure, as it appears only to the children who are not following their parents. Even the ghost frightens those husbands whose characters are not good.

Even the movie got released based on this story. The director made ‘The Conjuring’ and created the horror film ‘The Curse of La Llorona.’ It is scary to watch this movie, as it is much creepier.

Where Does This Weeping Woman Story Begin?

The Legend of La Llorona is quite popular all around the southwestern parts of Mexico and the United States. The story has different versions, but the main point is the appearance of a scary white figure crying for her children near the water. The story’s origin is still a mystery, and it is difficult to trace the time. And it might be more than four centuries ago.

According to tradition, people believe they are ten different omens, and Maria is similar to one of the omens, ‘Aztecs.’ It means the fearsome goddess, and even a similar goddess named ‘Snake Woman’ is common in their myths. Such a snake woman is an evil omen who wears a white dress and constantly cries at night.

Another goddess is ‘The Jade-skirted one,’ She frightened people near the water bodies and even drowned them. Thus, to honor this goddess, the Aztecs sacrificed their children’s lives.

Another interesting fact that coincides with this ghost story is the Spanish arrival in the 16th century. Based on this version, La Llorona was La Malinche here. She was the guide, interpreter, and mistress of the Mexico conqueror, Hernan Cortes. But this man left La Malinche after she gave birth to children. He even married a Spanish woman; thus, La Malinche killed Cortes and stayed in vengeance.

There is no historical proof for the existence of La Malinche and her cruel act of killing Cortes or her children. But still, the Europeans are trying to prove the existence of the legend of La Llorona.

One day in the later 1930s, a young boy named Patricio Lujan in New Mexico saw a strange woman near his property. Even his family members watched this shocking sight of a woman dressed in white and crossing the road.

The family members noticed something scary and weird about that woman, like not having legs to walk. They even saw the sudden disappearance of that scary woman and felt something wrong with her. Finally, they came to know that the disturbed appearance of the woman was none other than La Llorona.

This is all about the scary facts of the weeping woman, La Llorona. There is no proof of the real existence of this ghost. But still, the people of Mexico and the Southwest locals believe this ghost story to be true. They are even frightened to go alone near the water bodies at night.

Also read: What is A Skinwalker: A Compelling Story About A Mythical Creature