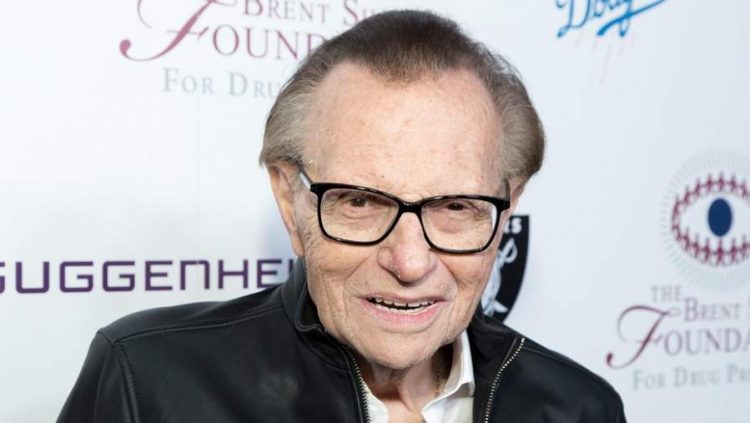 Who would not know of the legendary talk show host Larry King? For his excellent work, he has received two Peabodys, an Emmy and ten Cable ACE Awards. Moreover, he has served as the host for more than 50,000 shows in his lifetime. The legend’s death on 23 January 2021 saddened his family and his fans. At the time of his death, he was eighty-seven years old. With a record of great shows and interviewing well-known personalities, he will be forever remembered by his fans. Know all the details about the great talk show host Larry King here.

The birthplace of Larry King is Brooklyn, New York City and his place of birth is November 19, 1933. The names of his parents are Jennie and Aaron Zeiger. His family members were orthodox Jews and Larry King highly respected his Jewish heritage and Israel. Then, his parent’s immigrated to the US. Furthermore, he went to Lafayette High School located at Brooklyn but he lost interest in studies after the death of his father due to heart attack.

On January 30, 1978, King started to serve as the host of broadcast show that came to get called as The Larry King Show. He interviewed a guest for ninety minutes on the show. Through his show, King gained a large audience. He hosted the show till he stepped down in 1994.

On 1985 the Larry King Live aired on CNN. In this show, King interviewed many famous personalities. Some of his guests included UFO conspiracy theorists, politicians, figures from the entertainment industry and more. He interviewed the billionaire Ross Perot on 1992 who announced his bid for the presidency on the show. King was famous for his open-ended and non-confrontational questions that pleased the guests.

According to the information by CNN, King did 30,000 interviews. Some of the other famous people he interviewed are Hillary Clinton, Vladimir Putin, George W. Bush and First Lady Laura Bush. Because of his great career at CNN, the reported net worth of Larry King was $144 million.

Larry King got married eight times in his lifetime. Here is the information of Larry King wives and kids. At the age of nineteen, he married Freda Miller. Then he was briefly married to Annette Kaye and with her he had Larry Jr. On 1961 he married his third wife Alene Akins. At this time he adopted a son Andy. On 1963 he wedded his fourth wife Mary Francis “Mickey” Stuphin but he divorced her and remarried her again. With her, he had his second child Chair.

Then on 1976, he married his sixth wife Sharon Lepore. After that, he proposed to businesswoman Julie Alexander and she became his sixth wife. King later got engaged to actress Deanna Lund in 1995. On 1997 he married his seventh wife Shawn Southwick a singer and actress. He has two children with her named Chance and Cannon. Larry King spouse Southwick and their children waited for King to get well when he was in the hospital.

On 1987 Larry King suffered his first heart attack. A quintuple-bypass surgery done on King and it was successful. After that the doctors also found a tumour growing in his lungs. They removed it with surgery. Moreover, he also suffered a stroke in 2019 that left him in coma for weeks. On January 2, 2021 Larry King got hospitalised because of testing positive for Covid 19. Then he passed away on January 23 after battling with the virus.

Larry King was a great host. For many years he served as the favourite host of the audience on CNN.