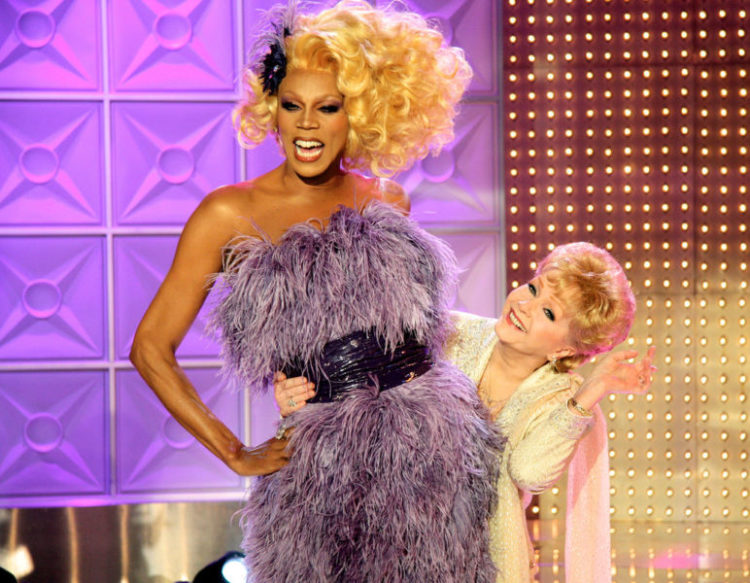 If you have seen the transformation of the lives of drag queens into full-blown superstars, then the man behind it would inevitably be RuPaul Charles. Their lives would still be the same if RuPaul Charles did not give them the exposure. In fact, they would never be this successful. Many of you are already familiar with his name, right? However, all those who are hearing about him for the first time, he is the New York City-based drag performer.

This celebrity rose to prominence with the 1992 release of the instant hit song “Supermodel You Better Work).” In fact, this made RuPaul a global sensation. At the same time, with the release of this album, he signed a deal with MAC Cosmetics and published an autobiography in 1995.

Moreover, RuPaul was a bonafide culture-maker by the mid-90s. Therefore, he started expanding his business ventures throughout the following decades. So would you like to know more about the fascinating aspects of his life? Stay with us until the end, as we will share with you some of the major details about the glamorous life of RuPaul Charles. Let us have a look!

Who is RuPaul Charles?

Even though this celebrity needs no separate introduction, we will share some significant details about his life. RuPaul Andre Charles, also known as RuPaul Charles, is a famous American drag queen. Apart from being a drag queen, he is also a television judge, musician, and model. Therefore, we commonly see him hosting shows and appearing as a judge in reality shows.

On November 17th, 1960, the celebrity was born in San Diego, California, the United States. Therefore, presently he is 61 years old. Even though RuPaul spent his childhood days in San Diego, California, he later studied performing arts in Atlanta, Georgia. In fact, after that, he also settled in New York City. Here, he became a popular fixture on the LGBT nightclub scene.

However, he gained international recognition after the release of his debut studio single, “Supermodel (You Better Work).” In fact, this helped him become a superstar overnight. As we mentioned earlier, he became the spokesperson for MAC Cosmetics in 1994. Through this, he helped raise money for the Mac AIDS Fund. Moreover, he was the first drag queen to become a part of a major cosmetic campaign.

Furthermore, his success at the international level helped him get his own talk show on VH1, “The RuPaul Show.” He was the host for the show for over 100 episodes. In fact, he was also the co-host of the morning radio show on WKTU with Michelle Visage. He also made appearances in films like Crooklyn, The Brady Bunch Movie, Thanks for Everything, and many others.

Yes, RuPaul Charles’ creation of the “Drag Race” in 2009 as a send-up of “America’s Next Top Model” made the celebrity an overnight superstar. So when an interviewer asked him about the meaning of drag, RuPaul said, “For people to do drag and make it their profession in a male-dominated culture, they have to go through so much emotional tug-of-war, because society says, ‘You’re not supposed to do that.’ So, the strength and humanity it takes to maintain yourself and your dreams create many different layers of consciousness. That’s where humanity comes from.”

So by reading RuPaul’s comments, you can probably figure out that they are pretty open-minded. However, the star soon ran roadblocks. But his behavior had made the trans community, and his fans quite upset.

Also read: Everything About Georges Lebar and Rupaul’s Relationship

Often, when we make a gender-specific comment, we have to be very cautious about what we are speaking. As we mentioned earlier, even though RuPaul Charles himself was a significant part of the Drag Race, the community did not take his comments in a good sense. Therefore, the matter turned very sensitive. Let us now move into the details.

So it was RuPaul Charles’ 1995 autobiography that revealed a lot about his life. Here, the star wrote that people could address him as either he or she. This did not affect him in any way. At the same time, his fans can also call him Regis or Kathie Lee. What he tried to explain through these words is that as long as people are calling him, they can refer to him in any way they feel comfortable.

In fact, his flexible attitude toward gender is also evident in the star’s Twitter bio, which says, “You’re born naked, and the rest is drag.” Moreover, to further confirm RuPaul’s fluid use of pronouns, a fan expressed his angst with the news outlets calling RuPaul with male pronouns. It was then that we could see his liberal side. He tweeted, saying that he doesn’t mind the pronouns if the intention is pure.

What Does The Star Reply When An Interviewer Asks Him If He Is In Favor Of Trans Women Competing On “Drag Race”?

If you have read RuPaul Charles’s interview with The Guardian, you will know what exactly we are talking about here. So when an interviewer asked if he was in favor of trans women competing on “Drag Race,” he said to a source that it was unlikely for the show to cast a trans woman who had undergone a physical transition. This is where the fans felt that he disrespected the identity of trans women.

Moreover, the host also shared that Drag loses its sense of danger and irony because, at its core, it is a social statement. Therefore, when men are doing it, it is punk rock because it is a real rejection of masculinity.

The star feared that this cultural subversion would be lost as per the sources. He felt this because the dichotomy between the hyper-feminine presentation and a traditionally masculine actor was absent. So in a way, it reinforced the gender binary, and therefore, the makers stopped the show.

Even though RuPaul Charles made these comments, the star could see that it is possible to reject traditional ideas of gender from any position. Therefore, he was sorry for his statements and clarified that he would be working toward the well-being of the “Drag Race.” This would help the drag queens gain their identities.

The entire trans community is very dear to him, so he would never purposely say anything to hurt their sentiments. Therefore, we hope that RuPaul Charles can make his dream come true someday and help several drag queens find their identities.