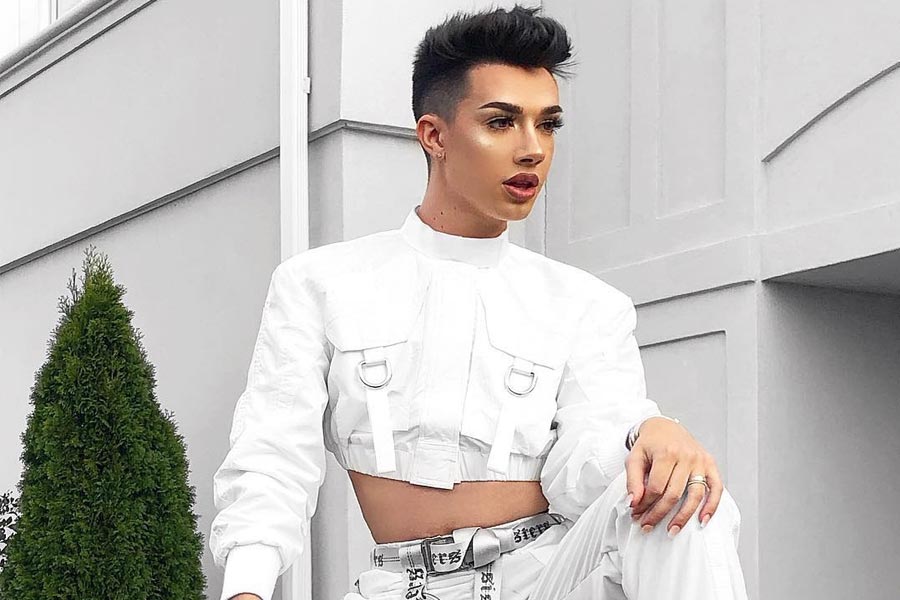 Who is James Charles? Unlike other celebrities, James Charles Dickinson is an American Internet personality, beauty YouTuber, and make-up artist as well. He became the first male ambassador for CoverGirl in the year 2016. James blows candles on May 23, 1999. James is from Bethlehem, New York and graduated from Bethlehem Central High School in June 2017. He is openly gay. As of 2019, James Charles’s net worth is approximately US$12 million.

James Charles is famous for his YouTube channel where he mainly focuses on making makeup tutorials. He launched his channel on December 1, 2015. Currently, his page has nearly 17.8 million subscribers. His channel also has over 1.8 billion views on YouTube later which has rise to 16.6 million subscribers on May 6, 2019. On May 11, 201 became the first-ever YouTube personality to lose over 1 million subscribers in 24 hours.

The career of James Charles

At the age of 17, Charles became the first male spokesmodel for cosmetics brand CoverGirl working alongside brand ambassador Katy Perry. Charles has won the award for the best channel in the Beauty category at 8th Streamy Awards.

In 2018, he also collaborated with Morphe Cosmetics to release an eyeshadow palette. He was invited to Birmingham, England, to open the company’s second UK store in January 2019, where over 7,000 fans showed up to see him, causing parts of the city center to come to a standstill.

Charles did the makeup for Iggy Azalea’s music video shoot for “Sally Walker” in March 2019. He also made a cameo appearance in the video.

In April 2010, Charles confirmed that his YouTube series Instant Influencer would premiere on April 24, 2020. The series aims to find the next “beauty influencer”, with Charles set to host.

Also read: Everything You Need To Know About British Billionaire’s Daughter Chloe Green

When he was 17, he got criticized after tweeting a joke considered offensive about Africa and Ebola. He later issued an apology saying: “I am extremely sorry for what I said. There are no excuses. No one owes me forgiveness, but I’ve learned a lot from the experience. I hope that the people who might look up to me will be able to learn from my mistakes and not repeat them.”

In April 2019, Charles said that he was not fully gay, and a 5.5 on the Kinsey scale, saying that “there have been girls in the past who I’ve thought were very, very beautiful. There have been Trans guys in the past, too, that I was really, really into for a moment in time.”

These comments have created controversies, and some claimed that they were transphobic. Charles apologized shortly after, releasing a statement saying that his comments were unintentionally transphobic, though that was not his intent, and that he should have chosen different words to convey what he meant.

On January 1, 2020, Charles has posted a video of himself singing “My Type” by American Rapper, Saweetie, which contains the use of the slur nigga. While Charles denies singing the word, claiming to have “[skipped] over it”, it sparked the creation of a trending hashtag on Twitter and Instagram, #JamesCharlesIsOverParty.