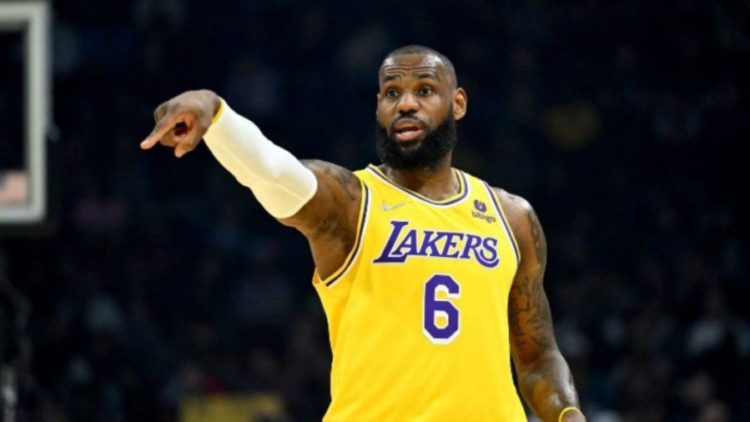 If you are a fan of NBA matches, you must have heard about LeBron James, right? Yes, you guessed it right, he is an American professional basketball player for the Los Angeles Lakers of the National Basketball Association. In fact, he is often called “King James” for his stunning shots.

However, presently he has made the headlines for a different reason altogether. The star basketball player knows nothing about the Lakers’ current coaching search as per the sources. Yes, it is indeed surprising, isn’t it? Let us share some of the significant details regarding this matter.

Since you are reading this article, it is evident that you are curious to know about what has made the famous player LeBron James the talk of the town again. Is it because of his performance or due to some other reason? Well, you are at the right place as we will share with you all the relevant details about the matter.

If you are a fan of the Los Angeles Lakers, you must have indeed come across the news that they are leaving no stone unturned and using all their resources to find their next head coach. However, the fact which is shocking here is that they have not yet consulted one of their star players, LeBron James, regarding the matter.

However, this might be just a report. But, indeed, the Lakers are probably keeping their superstar and one of the world’s best players in the dark when it comes to the search for their new head coach. Needless to say, all of this sounds like the forthcoming wave of disaster.

Why Have The Lakers Not Informed LeBron James Anything About Their Search For A New Coach?

Many of our readers probably wonder whether this news is true or just a rumor, so let us clarify everything here. You must have seen how Frank Vogel became the Lakers’ scapegoat as soon as the season ended. In fact, following a disastrous 2021-22 campaign in which LA missed the NBA Play-In Tournament, the franchise gave the coach who won the team a title in 2020 the boot.

However, now they are looking for his replacement. Apparently, an old friend is helping with the search as per the sources. Phil Jackson is reportedly advising the team while it looks for its new head coach. So the fact that the Lakers did not take LeBron James’ suggestion regarding selecting their head coach is indeed true.

But we can assume that the decision to involve Jackson is probably because he and LeBron James don’t have a great history together. In fact, in 2016, Jackson also referred to James’ friends as his “posse.” This comment was indeed a pretty derogatory one and had racial undertones.

However, we can well guess that the Zen Master’s role in the organization is even more bewildering. This is pretty evident because the Lakers are reportedly keeping away information from LeBron. The entire situation is pretty messy right now and is in a sensitive position.

Who will Be The Head Coach of The Lakers in The Current Season?

Since the matter is currently in a very sensitive position, it is very difficult for us to guess who will be the next coach of the Lakers. Suppose the Lakers want to keep LeBron James happy; they will try hard to get the former Golden State Warriors coach Mark Jackson. He has indeed helped the Golden State improve every season he was there. Here is a post on Twitter regarding the same

LeBron James would be ‘very enthused’ at the possibility of the Lakers hiring Mark Jackson as head coach, per @sam_amick pic.twitter.com/tlhjj5fo5V

However, Jackson isn’t the only one linked to the team. There are others like Utah Jazz coach Quin Snyder, Michigan’s Juwan Howard, and Milwaukee Bucks assistant Darvin Ham. So as of now, nothing is final as to who can be the Lakers’ coach. But based on this decision, a lot of James’ future with the Purple and Gold depends.

So as we conclude, we can say that the relationship between LeBron James and the Lakers is currently in a precarious state. A lot will depend on the decision that the Lakers will take regarding the head coach. So we are yet to see what happens.