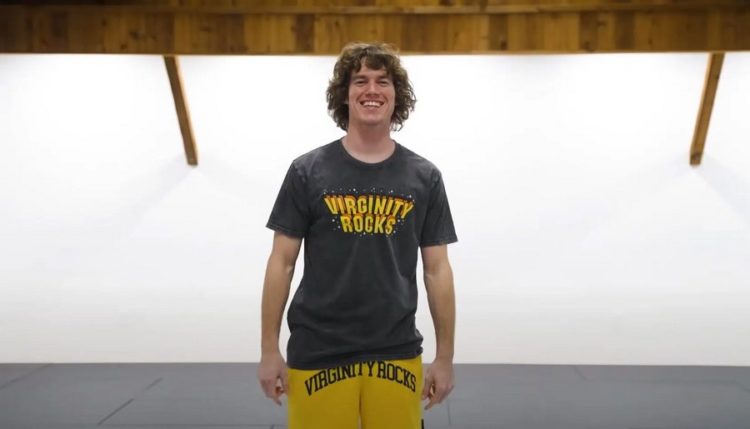 As YouTubers share many details of their life they get stuck in scandals. One such YouTuber who is under the radar right now is Danny Duncan. According to Aaron Hall aka SunHatKid Duncan assaulted him many times. Also, he claimed that Duncan attempted to use a knife at him many times. Many people started to notice Hall aka SunHatKid not appearing in the videos of Duncan. That is why Hall shared about this terrible experience.

He also accused Duncan of looting twenty percent of his earnings. Here you can find all the juicy details of the accusation against YouTuber Danny Duncan and his former employee.

How old is Danny Duncan?

Danny Duncan is a twenty-nine-year-old Youtuber. His birth date is July 27, 1992. He is a well-known American personality, prankster, vlogger, and sketch comedian.

Duncan is from Englewood, Florida. In 2010 he graduated from Lemon Bay High School. His first job was at Walgreens.

Further, he is very good at athletics. In 2014 he took part in triathlon events. Then he worked as a coach for Florida Elite Track Club to benefit local youth. After finishing high school, he started to train as a professional skateboarder. In 2014 he became a popular skateboarder. So, for his career, he moved to Los Angeles.

Danny created his first Youtube channel in 2014. He started to make many Youtube videos with his friends Chris Chann and Andrew Hales. These collaborations helped him to earn a lot of followers on Youtube. So, he became a famous Youtuber. His first video passed 1 million views and the title of the video is “Falling with 30,000 Pennies”. Now it has 38 million views.

What was the accusation against Danny Duncan?

Further SunHatKid revealed that Duncan made him unfollow many content creators. It seems Duncan did not want to collaborate with them. He also made SunHatKid force sign a ten-year agreement about the same. He accused Duncan of taking 20% of his earnings.

The most current event of cancel culture that is taking the social media world by storm, entails the YouTube, content creator, Danny Duncan. The link provided shares an article providing information on the story.https://t.co/bxXfgftyAV

Then he continued to narrate that Duncan physically abused him. He claimed that Duncan repeatedly hit him on the head and made it seem that they were involved in a friendly batter. But the beatings SunHatKid got made him bleed and he ended up with a swollen head. He shared that the physical abuse continued when he did not perform a skateboarding trick properly.

Further according to SunHatKid, Duncan cornered him in a bathroom and placed a knife on his throat. At that moment SunHatKid became scared for his life. He said, “I thought there was a chance he was gonna stab me, and I was scared”.

Many people took to Twitter to show their anger against Duncan. Many people lost their respect for him.

What was Danny Duncan’s reply to the allegations?

Youtuber Danny Duncan replied to the allegations of SunHatKid. He uploaded a video in response to the accusations of physical abuse. His former employee and content creator Aaron “SunhatKid” Hall shared lots of incidents that made Danny Duncan look like a villain. Therefore, Danny Duncan is now getting canceled by the internet.

Duncan is trying to re-establish his character on the internet. He released a video titled Danny Duncan Reacts to “The Truth About Danny Duncan” and it received over 1.6 million views.

Danny Duncan shared that the fights that took place between him and SunHatKid were just for a joke. But he did not think that SunHatKid will use it against him to ruin his character. He also denied the lie that he forced SunHatKid to unfollow several content creators. It seems that nothing close to physical abuse ever happened to SunHatKid.

The accused Youtuber Duncan thinks that SunHatKid spread these lies against him because he wanted to get famous. He said that he planned the allegations for clout. In this way, he exposed the plans of SunHatKid.

But SunHatKid’s only reply to the response was that Duncan is lying. He has not taken back any of the allegations against Duncan. So, this has started a public battle against the two Youtubers. People are divided on which Youtube to believe as there is no good proof for their allegations and reports. But if one of them is found to be spreading false tales then they have to experience the anger of their followers. The whole internet is having its eyes on them.

What is the Net Worth of Danny Duncan?

As of 2021, Danny Duncan’s networth is $7 million. He is one of the charismatic and witty Youtubers. His real name is Garry Winthrope. Also, his channel has 6.11 million subscribers. Many of his videos are about pranks and skateboarding. In 2017 he launched his merchandise called Virginity Rocks. He went on a nationwide tour to make his brand popular. Further, he cofounded the brand clothing brand Ketnipz along with Harry Hambly. He also has signed many partnership deals.

In 2019 he purchased a home in Los Angeles worth 3.5 dollars. He shares many videos of his bi-coastal lifestyle.

Youtuber Danny Duncan is a popular personality. But his internet career is in jeopardy because of his former employee. We have to wait and see what the end of the never-ending accusations is.

You may also read: What Happened to Technoblade: Does Minecraft YouTuber Has Cancer?