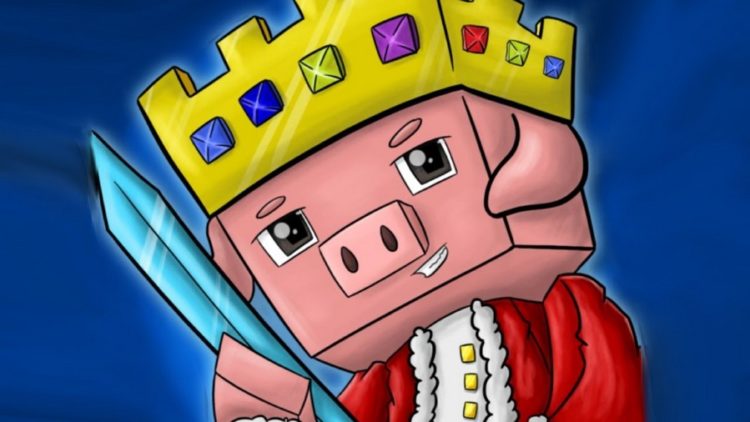 Technoblade is a twenty-two-year-old gamer named Dave. He is an American YouTuber well known for his Minecraft content. He also has done collaborations with other YouTubers and Twitch streamers. He is famously a member of the Minecraft server Dream SMP. Also, he has a friendly rivalry with Dream. But he recently announced the sad news to his fans. He is diagnosed with cancer. Therefore, he is taking a break from his YouTube career.

Many fans have conveyed their wishes for him to recover. Here you can find all the details about Minecraft YouTuber.

Why Technoblade is popular?

Technoblade makes most of his game videos on Minecraft server Hypixel. He posts videos weekly once or a few times a month. Most of the time he streams the Minecraft content live on YouTube. He also plays MC Championship, SMP Earth, Party Games, and more.

The Minecraft streamer is popular in the Minecraft community. He is good at PVP (player-versus-player) combat. In later November 2019, he took part in a server named SMP earth. He has played in many spin-offs of Minecraft too.

Where does Technoblade come from?

The birth date of the Minecraft Youtuber is June 1, 1999. He has his residence in San Francisco, California. He has a brother named Chris and three younger sisters. Also, he has a pet dog named Floof.

While in Middle School he took fencing lessons. Then after that, he focussed on his Youtube career. But at the same time, he attended school and graduated from college. Then he shared in one of the Q and A videos that his parents are divorced. Now he is living with his father in California.

Techno has revealed many times in his YouTube videos that he suffers from ADHD (Attention deficit hyperactivity disorder).

Does Technoblade has Cancer?

On August 2021 Technoblade uploaded a video with the title “where I’ve been”. In this video, he revealed that has got diagnosed with cancer. In the beginning, he felt pain and swelling on the right arm. Then he went to the hospital to check it and the doctors identified that he has cancer. Now he is undergoing chemotherapy treatments. Further, in the same video, he urged all his followers to get vaccinated.

Other content creators on YouTube such as Dream, DanTDM, CaptainSparklez, KreekCraft, HelloItsVG, Ryguyrocky, and more supported Techno during this hard time. They created the #TechnoSupport that quickly trended on all social media channels.

During the Minecraft Championship that happened without Technoblade, Dream decided to match the points his team got. Then he donated the amount in dollars to $21,000 for cancer research. Many content creators like Skeppy, Awesamdude, and Finnster agreed to donate money as well.

What are the tournaments of Technoblade?

In 2019 Technoblade took part in Keemstar’s Minecraft event known as the Minecraft Mondays. This is the tournament where YouTubers and streamers come together to play many varieties of minigames. Then the prize for the winning set will be $10,000 which will be split. Techno has won four times in this tournament. He has made a lot of money through this tournament.

How is Technoblade doing now?

Technoblade is positive even though he has started taking chemotherapy treatments. He is trying to keep his YouTube videos more engaging. He also cracked some jokes that in the future he will play with his foot instead of his hands. Also, he is still recording some more content for his followers.

After he got diagnosed, he made some phone calls. He informed all his distant family members about his condition. Everybody received the news well. But the one person who took it worse was the health insurance provider. It seems they are inconsolable for the week.

Sadly the YouTuber is no more. Technoblade’s Untimely Death Due To Cancer Shocks The Gaming World.

What is the net worth of Technoblade?

Technoblade is a well-known streamer and YouTuber. He is one of the few content creators that streams most of the time on YouTube than other social media platforms. He has only revealed his face once. One time he uploaded a video of his elbow as a joke.

On YouTube, he has over 8.3 million subscribers. His videos earn 6-10 million views. So, his total net worth is around $700k. But he gets lots of earnings from YouTube ad revenues. He also has won money through gaming tournaments.

Technoblade is a great YouTuber. Many people like his attitude and gaming talents. His fans are hoping that he will come back to former health after recovery.

You may also read: E-Sports: 8 Most Popular Gamer Girls of India