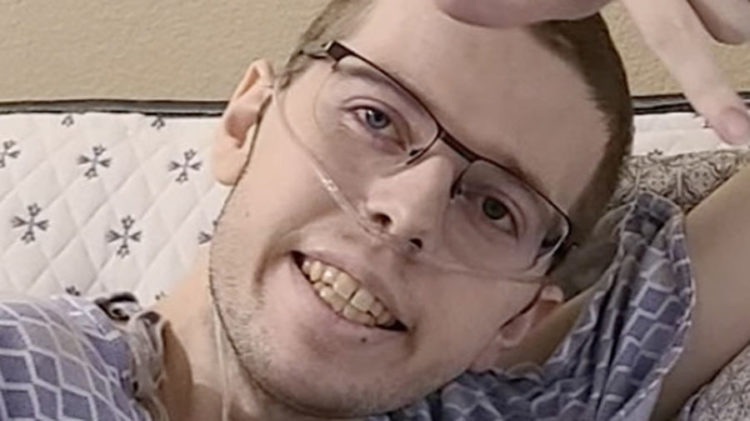 If you are a lover of online games and regularly watch streaming videos on YouTube, you must have heard about the untimely death of famous YouTuber Technoblade. Needless to say, it is a big loss for the online gaming platform. So they are currently mourning his loss. The news comes almost a year after he first announced that he was suffering from cancer. In fact, that came out in the form of a final video that his family members posted on his YouTube channel.

So in that video, Technoblade’s father reads a message that reveals some details about his life that he had previously not shared with his fans. Would you like to know more about the YouTuber’s life? Stay with us until the end, as we will share some interesting aspects of Technoblade’s life here. Let us have a look!

Since you are reading this article, it is evident that you are curious to know more about the life of the YouTuber Technoblade. Well, you are at the right place as we will share some of the significant details of the YouTuber’s life here. As you know, Technoblade was a famous YouTuber from America. His original name was Alexander. He was born on June 1st, 1999, and unfortunately died in the same month this year. Therefore, he was only 23 years old at his death. People used to know him for his Minecraft videos and live streams on his YouTube channel. In fact, Technoblade’s channel has more than 12 million subscribers.

So as per the sources, Technoblade started his YouTube channel on October 28, 2013. Yes, a long time back. His content was mainly related to the video game Minecraft. In fact, he also frequently played on the minigame server Hypixel. So some of the popular games on this server were also the subject of his content.

However, his popularity surged in 2019. This followed his multiple wins in Keemstar’s “Minecraft Monday” tournament. Moreover, he also took part in the Minecraft Championship tournament with other YouTube personalities. He became one of the best Minecraft players in the content creation space.

In addition, Technoblade’s YouTube channel reached 10 million subscribers. This was the fulfillment of his long-aspired goals.  He had a friendly rivalry with YouTuber “Dream.” This is probably because the young YouTuber was also a Dream SMP Minecraft server member. In fact, in response to Technoblade’s cancer diagnosis in late August 2021, Dream donated around $21,409.

Check Out What Happened To Technoblade

If you are a fan of Technoblade’s videos, you must have watched the last video that he titled “So Long, Nerds.” In this video, he left his fans with a touching farewell message. The video began with, “Hello everyone, Technoblade here. If you’re watching this, I am dead.” In fact, the video reveals that his real name is Alexander. Moreover, his father said that the YouTuber wrote this final message around eight hours before his death.

So in this video, he thanked his fans for supporting his content over the years. He also added that if he had another hundred lives, he would still choose to be Technoblade every single time. This is because those were the happiest years of his life.

After this, Technoblade’s father added to the message. He said his son was the most amazing kid any parent could ask for. So all of them miss him a lot. He also thanked all of the young YouTuber fans for all their support. They all made the last few years of his life a lot joyful.

So the young YouTuber had first announced his cancer diagnosis in a video titled “Where I’ve been” in August 2021. The Minecraft e-personality said he was perfectly fine and was just having pain in one of his arms. So when he went to the doctor, they returned with a shocking diagnosis.

The doctors performed a couple of scans and told the young celebrity that his arm hurt because of cancer. At that time, Technoblade was leading a busy life. He was either filling out paperwork, making business moves, working on merchandise, or buying new equipment for his YouTube videos. However, everything came crashing down after this shocking news.

Do You Know Technoblade’s Family is Raising Money for Cancer Research?

Even though Technoblade died of cancer, his father announced that his family would continue to run his merchandise store. It is in this way that they will keep his memory alive. So in honor of his memory, they will donate a small portion of the proceeds from all online orders to curesarcoma.org. This is an organization that works to cure cancer patients.

In fact, this was a great thought by the family. Following the news of Technoblade’s untimely death, many other prominent content creators shared that they would want to honor his legacy. His fans were devastated after his death and wanted to do something for others like him. In addition, many of them shared that they are grateful to Technoblade for making them the person they are today. If not for him, they would never be able to overcome all the challenges.

Needless to say, the death of Technoblade shocked the world of gamers and streamers extensively. So multiple YouTubers, including Dream and other Dream members of the Dream SMP, expressed their condolences and support on the online platform. Elon Musk also paid tribute to Technoblade on Twitter with a quote from Sonic the Hedgehog in Wreck-It Raph.

In fact, the official Minecraft Twitter account and the Sarcoma Foundation of America sent their condolences to the family. In a statement, the foundation’s CEO said that Technoblade had raised over $500,000 to support sarcoma research. According to Polygon, the YouTuber was “one of Minecraft’s most celebrated personalities.”

Moreover, in an interview with The New York Times, Hyypixel’s lead administrator stated that Technoblade’s family would not provide further comments regarding his passing away. In fact, the Hypixel team also established a digital space in its Minecraft server where fans can use the in-game book and quill item to write on-page messages. They will later send it to Technoblade’s family.

At the same time, Mojang added a tribute to Technoblade to the launcher image of Minecraft Java Edition. The modified image adds a crown to the pig. This is a reference to Technoblade’s in-game skin and channel branding.

So as we conclude, we can say that YouTuber Technoblade might have left this world at a very young age; however, his videos will always remain with us. They have already inspired many people and will continue to do so in the future. We hope his family members are able to fulfill his dream of raising money for cancer research through his merchandise.

Also Read: X Foods To Boost Your Immunity and Decrease Chances of Cancer