Linda Evangelista’s Return to Modeling with a New Fendi Campaign 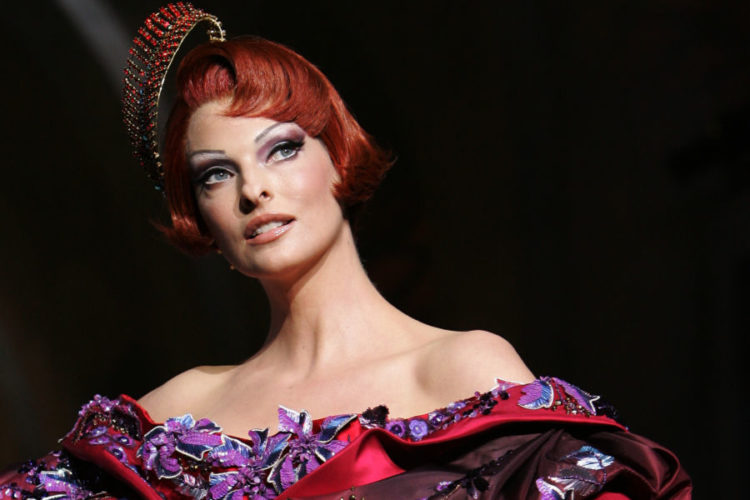 After years of seclusion, Linda Evangelista comes back in front of the camera after her CoolSculpting nightmare. On Saturday, she posted several photos on Instagram, after being away from the public eye for consecutive five months. Moreover, she also disclosed her experience of the surgery in a new cover story for People magazine.

She further claims that she has received seven CoolSculpting treatments from August 2015 to February 2016. Therefore, instead of making the changes, certain parts of her body are not completely deform.

According to reports, the 56-year-old sued Zeltiq Aesthetics Inc., CoolSculpting’s parent company. In addition, she also claimed $50 million in damages due to the botched transformation, claiming that she was unable to find work.

Therefore, let’s find out in detail about the problems she faced after the fat-freezing procedure. And also the actions she undertook for her loss.

Linda Evangelista is one of the most renowned supermodels of the lat1980s’ and the early 1990s. She was featured on the covers of almost 700 magazines. Moreover, she was also known as the muse of fashion industry titans such as Chanel designer Karl Lagerfeld, Italian designer Gianni Versace, and renowned photographer Steven Meisel.

According to People, Vogue editor-in-chief Anna Wintour said: “no model was more magnificent than Linda.”

Evangelista began her career in the fashion industry after joining Elite Model Management in 1984, and she never considered a profession other than modeling. That same year, she received her first huge break when she appeared on the cover of L’Officiel. She has appeared on the covers of numerous worldwide publications, including Vogue, Harper’s Bazaar, Cosmopolitan, Glamour, Elle, W, Marie Claire, Allure, Time, Interview, Mademoiselle, and Rolling Stone.

In 2008, viewers of the television program Fashion File named Linda Evangelista “The Greatest Supermodel of All Time.”

CoolSculpting (also known as fat-freezing) is a non-invasive FDA-approved technique that serves as an alternative to liposuction and aids in the cryolipolysis and fat reduction process.

The technique eliminates fat by freezing it at temperatures ranging from 11 to +5 °C and causing subcutaneous fat tissue death.

Linda Evangelista began a CoolSculpting cosmetic surgery in 2015 to decrease regions around her chin, thighs, and bustline. But three months after her treatment, she observed the same regions enlarging, stiffening, and becoming numb.

As per the reports of People’s magazine, Evangelista started exercising and dieting after her procedure, but the problems continued to occur. As she remarked: “I tried to fix it myself, thinking I was doing something wrong. I got to where I wasn’t eating at all. I thought I was losing my mind.”

So, in June 2016 Linda Evangelista immediately visited a professional dermatologist. In the hospital, she was diagnosed with Paradoxical Adipose Hyperplasia also known as PAH. It is a very unusual form of side-effect among CoolSculpting patients.

According to reports, PAH affects only one percent of CoolSculpting patients and causes thickening of the afflicted fat tissue. Alan Matarasso, a plastic surgeon and professor at the Northwell School of Medicine in New York, described the disease in more detail: “Patients go in to have something reduced, and now it’s enlarged. And the problem with PAH is that, in some instances, it may not go away. In many circumstances, the affected areas are no, longer amenable to liposuction like they would’ve been in the first place.”

She further emphasized that in order to prevent her disease from recurring she not only wore compression garments like girdles and a chin strap for eight weeks. In July 2017, she also underwent liposuction treatment for the second time. Therefore, even after all these precautions, the PAH kept returning.

The Ontario native also noted that her ailment has altered her posture because she can no longer place her arms flatly along her sides: “I don’t think designers are going to want to dress me with that… I don’t look in the mirror. “It doesn’t look like me.”

What is the Linda Evangelista CoolSculpting Case

Linda Evangelista filed a product liability case in New York in September against Zeltiq Aesthetics Inc., an Allergan subsidiary purportedly responsible for her CoolSculpting nightmare. CoolSculpting is an FDA-approved noninvasive process for reducing noticeable bulges beneath the chin and jaw, as well as on the thighs, abdomen, flanks, and back.

Evangelista, on the other hand, claims that her fat-freezing surgery went wrong. As it resulted in the expansion of her fat cells. Rather than shrinking, she “permanently disfigured” to the point of being unrecognizable. However, as Evangelista says: “To my followers who wonder why I do not work while my peers’ careers have been thriving, the reason is that I am brutally disfigure by Zeltiq’s CoolSculpting procedure. It is the opposite of what they promise,” a statement by Evangelista after filing her lawsuit.

However, she further claims that the firm told her the day before her operation that they would only cover her bills if she signed a confidentiality agreement. As a result, Evangelista had to pay for the treatment herself because she declined the offer.

Evangelista told People magazine in February that she has suffered physically, emotionally, and professionally as a result of the treatment. She further says that the treatment has forced her to become a recluse suffering from social anxiety and agoraphobia. As she says: “I liked walking the catwalk. “Now I’m afraid of running into someone I know,” the 57-year-old told People. “I can’t continue to live in shame and secrecy like this.”

The supermodel Linda Evangelista decides to break her silence and publicly express her trauma. In order to aid others who were going through a similar circumstance as hers. This allows her to come in front of the camera and face the world.

Finally, she gets justice. She shared a post on Instagram saying that the case finally got over. She also thanked people sound her for their constant support.