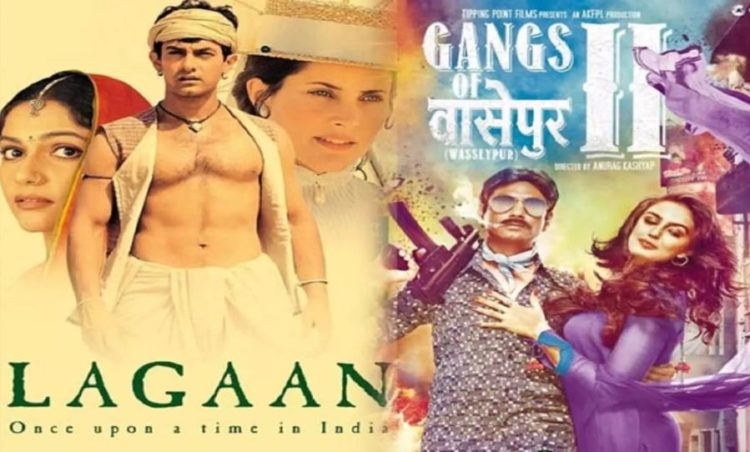 There are several movies that one has watched and ended up losing track of time. The story goes on to catch your attention so much that by the time you look at the clock hours have passed by. In mainstream cinema, the average runtime for a movie is around 2 hours but many often cross that line. Hollywood movies such as Cleopatra, Hamlet, Gone with the Wind, The Ten Commandments and many more have had the longest running time in the west.

The film narrates the tale of Dev (Saran, Shah Rukh Khan), is a former footballer, who is envious of his wife, Riya (Saran, Preity Zinta) career as a fashion editor. Maya (Talwar, Rani Mukherji) a teacher married to her childhood best friend Rishi (Abhishek Bachchan). Rishi is a loving and passionate husband, but Maya, on the other hand, is unable to return his sentiments due to her lack of feelings for him.

Dev and Maya meet through an accidental encounter and later decide to help each other save their marriages. However, unaware of what the powers of love have in store for them. What begins as a pleasant friendship quickly turns into love and an affair, causing the two couples’ relationships to fall apart.

Also read: Did You Know These 7 Celebrities Had Hard Times Before Shooting To Fame

The gangster drama, Gangs of Wasseypur, is one of the longest movies in Bollywood with a runtime of 5 hours and 21 minutes. Due to the runtime of the movie being so long, the movie was released in two parts, Gangs of Wasseypur 1 and 2. It starred Nawazuddin Siddiqui, Manoj Bajpayee, and Tigmanshu Dhulia in lead roles. The Anurag Kashyap directorial also stars Huma Qureshi, Richa Chadha, Piyush Mishra, Jameel Khan, Jaideep Ahlawat, and Zeishan Quadri amongst others in supporting roles.

Apart from being one of the longest Bollywood movies, Nawazuddin Siddiqui gained major recognition because of his role in the film. He was lauded for his acting skills by fans and critics. The movie narrates the story of Shahid Khan and Sultan, two gangsters of Wasseypur. The clash between Shahid Khan and Sultan leads to the expulsion of Khan from Wasseypur which then turns into a deadly feud spanning over three generations.

This period drama, Lagaan: Once Upon a Time in India, has an ensemble cast of Bollywood actors like Aamir Khan, Gracy Singh, Raghuvir Yadav, Kulbhushan Kharbanda, and Rajendra Gupta in lead roles. The Ashutosh Gowariker directorial is 3 hours 44 minutes long. The movie tells the story of a village during the British Raj that plays a game of cricket with the Britishers in order to forgo the taxes they owe.

Mohabbatein stars Amitabh Bachchan, Shah Rukh Khan, and Aishwarya Rai in lead roles. The film also has a list of actors such as Uday Chopra, Shamita Shetty, Jugal Hansraj, Jimmy Shergill, Preeti Jhangiani, and Kim Sharma among others. This is one of the longest movies in Bollywood as it has a total runtime of 3 hours and 36 minutes.

The film directed by Aditya Chopra narrates the story of two headstrong men and their ideologies about life and love. The film marked the Bollywood debut of Preeti Jhangiani, Uday Chopra, Kim Sharma, Jugal Hansraj, and Shamita Shetty. Post this film, the actors went on to star in many other Bollywood movies.