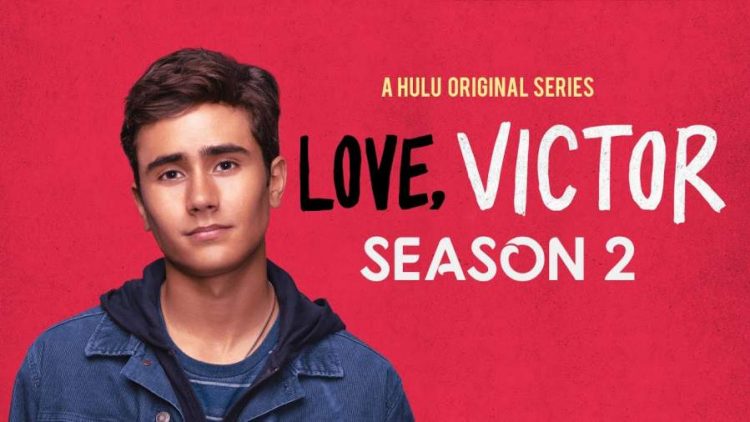 Love, Victor is a popular teen drama made by Isaac Aptaker and Elizabeth Berger based on the 2018 film titled Love, Simon. The series released on June 17, 2020, on the Hulu streaming channel. Nick Robinson from the film narrates the story of the series. Now the series is going to have a second season. It will continue with the story of a teenager named Victor. Do you want to know the release date of the series then find Love, Victor season 2 release date here?

In August 2020 the renewal status of the Love, Victor season 2 got revealed by the creators. As it is a most-watched series on Hulu many people were not surprised when they heard of the upcoming season 2. There is no update regarding the release date however we can expect it to release on 2021 summer. So stay tuned for the incredible drama which will release on Hulu.

The plot of Love, Victor

The series is about a teenager named Victor studying at Creekwood High School. It shows the story of his self-discovery. He experiences many problems in school as well as his family because of his sexual orientation. The boy seeks the help of Simon to face his issues. In the series, his character develops as he comes across all his problems with little will power and courage.

He is a new student at the school who struggles with identity issues. His sexual orientation causes him many challenges in his life however he tries to get through all with the help of Simon.

She is an intelligent friend of Victor who has a great sense of humour.

He is a new neighbour of Victor who attempts to start a friendship with him.

She is a friend of Mia who is always obsessed with her social media.

He is a baseball player of the school.

He is an openly gay and confident boy of the school whom Victor admires.

She is the younger sister of Victor who is anxious about surviving in the new town.

In season 2 Victor will confide about his sexuality to more people like his girlfriend Mia and Felix. But he may not come out of the closet for the whole world to see. It will take some more time. But sharing about his sexuality to Mia is hard because we do not know how she may take it. However, she also has to deal with her attraction to Andrew. Victor may share his sexuality with his family at the end of season 2. So these will be the main plot of the new season. He will at the end come to terms with his sexual orientation and will start to move more freely in his school with the advice from Benji.

Love, Victor season 2 will be interesting because we may see Victor turn more confident and free. He is starting to share true feelings with others which are a good sign. So stay tuned for the new season.