Maitreyi Ramakrishnan: Some Facts About The Budding Actress 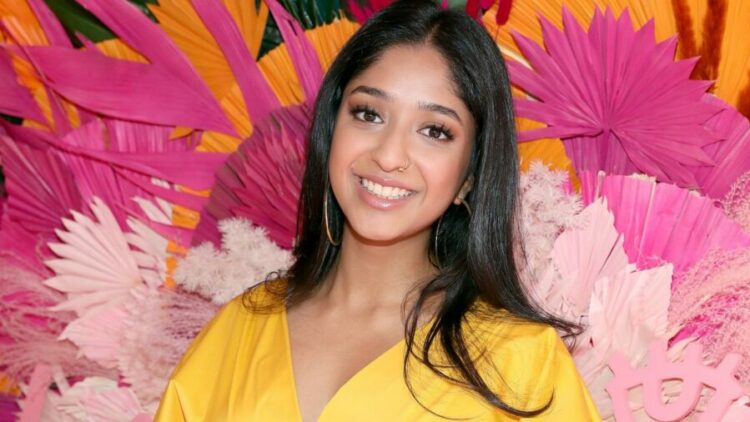 If you have watched  Never Have I Ever on Netflix, then Maitreyi Ramakrishnan is no stranger to you. In that teen comedy series, she played the character of  Devi Vishwakumar. In fact, this series has garnered praise from the audience, as well as the critics. However, for those who do not know, Maitreyi is a popular actress from Canada.

The acting career of Maitreyi began with  Never Have I Ever. In fact, out of 15,000 auditioning candidates, Mindy Kaling selected her for the character of Devi Vishwakumar. Let me tell you that the selection happened during the open casting call of the show. Her performance in the series has earned her much fame and success as an actress. The result can be seen on her Instagram profile, where she has around 4 million followers.

As is common with the fans, they are highly interested to know about Maitreyi. If you wish to know more about the actress, then this article is the perfect stop for you. Keep reading this article to know various facts about Maitreyi Ramakrishnan.

Maitreyi Ramakrishnan was born to her parents on the 28th of December in Mississauga, Ontario. Her parents are Tamil. For her elementary education, she joined the Trewlany Public School. Later she graduated from Meadowvale Secondary School.

While in her last year at Meadowvale Secondary School, Maitreyi made up her mind to select acting as her career option. In fact, this ultimately changes her life. Soon after making up her mind, she got the character of  Devi Vishwakumar. Therefore, her debut came with Never Have I Ever on Netflix. At that time she was only 17 years old. The series arrived on Netflix in 2020 and with this series, her life changed greatly.

Is Maitreyi Ramakrishnan Daring Someone?

We do not know of any boyfriend of Maitreyi Ramakrishnan at this point in time. Therefore, it appears that now she is single. However, if she is dating someone in private, then it is a different thing altogether. In fact, she has not shared much information about her private life with the public.

Her last appearance was in the third season of Never Have I Ever. This third season came on Netflix on the 12th of August 2022.

What The Future Holds For Maitreyi Ramakrishnan

Maitreyi Ramakrishnan has a new project in hand already. If things go right, she will appear in the comedy film The Netherfield Girls. This film will also be available on Netflix. It is a romantic comedy, which is based on Jane Austen’s Pride and Prejudice. In fact, it will be the debut film for her.

Moreover,  in the CGI-animated special My Little Pony: Winter Wishday, we will also get to see her. This will premiere in November 2022. Therefore, Maitreyi has a lot of work at hand. In fact, these few years will be vital for her acting career. If she keeps shining, then we might have just witnessed the birth of a star actress.

Maitreyi Ramakrishnan is relatively new to the entertainment world. Therefore, she has no Wikipedia profile to her name as of yet. However, as she moves forward in her career, we hope that she would get one soon. As of now, nothing much is known about her life and career. Stay tuned for more updates.