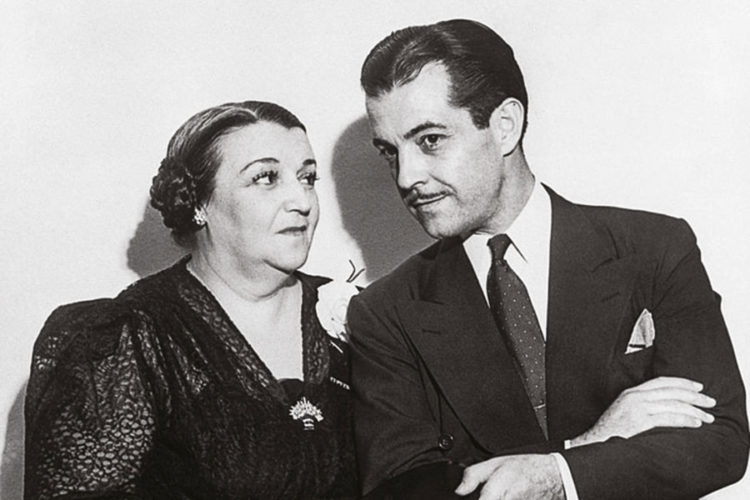 Many women in the twentieth-century music industry are not popularly known as well as men of those times. But today the works of these talented women are getting recognised even so many decades after their death. We are going to find interesting details about one such excellent lady today. María Grever is a well-known composer and singer from Mexico. She got international acclaim for her career. Also one of her songs “What A Difference a Day Makes” is popular among her works. Here you can get all the exciting details of Maria such as her life before fame, about her kids, career and more.

The full name of Maria Grever is María Joaquina de la Portilla Torres born in León, Guanajuato. Her Spanish father’s name is Francisco de la Portilla. Also her mother was Mexican and her name is Julia Torres. For the first six years of her life, Mari Grever lived in Mexico City. But the music she studied in France and some of her teachers were Claude Debussy and Franz Lenhard. Then she came back to her home city Mexico and studied at Solfège School.

Her marriage with an American

Twenty-two-year-old Maria Grever married Leo A. Grever, an American oil company executive. She moved to New York City and settled in the place for the rest of her life. In 1916 she became a US citizen. So America was her second home.

Her Musical career and achievements

Grever became popular in the music industry because of her many songs. In her lifetime she wrote more than 1000 songs and a lot of them were boleros. They are a genre of songs that originate from the region of eastern Cuba. Then this style of music was made famous by Grever. Her songs captured the hearts of people living in Latin America, Europe, and the United States. The audience who listened to Grever’s singing was mesmerised by her perfect pitch. Also, she wrote most of her songs in one single key.

Do you know that her first piece of music was titled a Christmas carol? She composed this when she was just 4. This shows us her musical genius. But she composed a full-fledged song when she was 18. The title of the song was “A Una Ola” meaning “To a Wave. This song sold three million copies.

You may also like: Homer James Jigme Gere biography

– Created music for famous production companies in the US

From the 1920s Maria Grever began to work for famous production companies such as Paramount Pictures and 20th Century Fox studios. Then in 1935, she joined ASCAP. Also, some of her music collaborators were Stanley Adams and Irving Caesar.

Her first international hit was the song “Júrame ” which means Promise, Me. This song was a habanera-bolero performed by the great tenor José Mojica. Some of her other hits were “Volveré” (I Will Return), “Te Quiero dijiste” (I love you, you said), “Cuando vuelva a tu lado” (When I Return to Your Side), and more. Some of the songs Grever wrote for the films such as Esther Williams’s film Bathing Beauty released in 1944.

– Grever’s thoughts about her career and music

When Grever was at the height of her career she shared that she had to leave her country and settle in New York. She said that she liked American music such as Jazz and Modern Rhythms. But she specifically longed to represent Mexican music in the United States. She wanted the American people to know about the cultural richness of Mexican music. It has a mix of Hispanic and indigenous origins.

So it was Grever’s wish to show the music of Mexico from the real perspective as the American’s did not know much about it at that time. But Grever represented Mexican music in a way that appealed to a universal audience. This is the quality that distinguishes her from the other singers.

Maria Grever Children and Her Death

She had two children and their names are Carmen Livingston and Charles Grever. There are not many details of Grever’s children. But they are the living proof of the great legacy she left. After a prolonged eye disease and illness, Maria Grever lost her life in 1951 in New York. She had a wish to transport her remains to Mexico City, her birthplace. So it was done according to her desire. At the time of her death, she was sixty-six years old.

Maria is a female composer who showed the world that women can also break boundaries in the musical industry. That is why many singers today consider her as their inspiration.

You may also like: Salomé Robert-Murphy Bio, Personal Life, and Interesting Facts