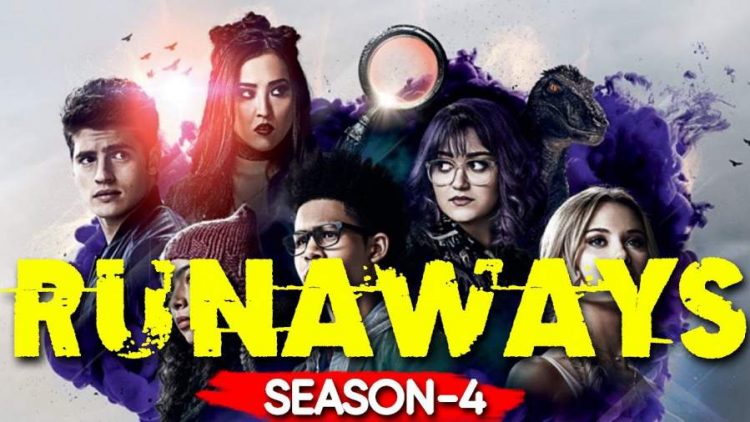 Marvel’s Runaways is a web series created by Josh Schwartz and Stephanie Savage for Hulu. It is a series about the teenage superhero team Runaways in the Marvel comics. The series also shared continuity with other Marvel films and series. The first season of Runaways released in Hulu on November 21, 2017. The third season was the final season of the series. So we do not know if the series will come back for the fourth season. Everything is unclear at the moment.

Know about all the details here.

Will there be season 4?

There is no official information from the creators about Runways season 4. So we cannot expect any release this year. But some sources claim that the fourth season got cancelled because of the bad reviews. Many viewers felt that the season did not capture the interesting aspects of the comic. So we can conclude from this that there will be no fourth season. Season 3 is the last and final season of the Marvel’s Runaways.

The plotline of the Runaways

The story is about six teenagers from different backgrounds who join together to fight the enemies – their parents. The teens find out that their parents are running a criminal organization called Pride and do all they can to stop their atrocities. In the second season of the series, the teens are on a run from their parents who are out to get them. They live on their own and plan to put an end to the criminal gang. In season three of the series Nico Minoru and the members of her team battle with Morgan le Fay a powerful supervillain.

The series had a group of wonderful casts who played the roles of the teenagers and their parents. The main character of the series is Alex Wilder and in the series actor, Rhenzy Feliz played the role. He is a nerd who tries hard to reunite with his friends whom he meets during his childhood. Although he is a nerd he becomes the leader of the team.

Then comes Nico Minoru the character played by actress Lyrica Okano in the series. She is a Goth who becomes one of the members of the Runaways. Virginia Gardner portrayed the character of Karolina Dean in the series. She grew up in a religious household which she thinks is a burden. She joins the Runaways team and can shoot beams of light. Then Ariela Barer played the role of Gertrude Yorkes a riot girl with telepathic powers. The fifth member of the team is Chase Stein and this character played by actor Gregg Sulkin.

He appears dumb however he has a lot of skills in engineering. The last member of the Runways team is Molly Hayes Hernandez played by actress Allegra Acosta. The character is well known for her positive attitude and superhuman strength. The roles of the teenagers’ parents played by actors like Annie Wersching, Kip Pardue, Ever Carradine, James Marsters, Brigid Brannagh, Kevin Weisman, and many more.

We are sorry to hear that the third season was the last. However, anything may happen in the future. Hulu may try to bring back a new season for the viewers with a better story.