Everything You Need to Know About Masako Katsura: ‘The First Lady of Billiards’! 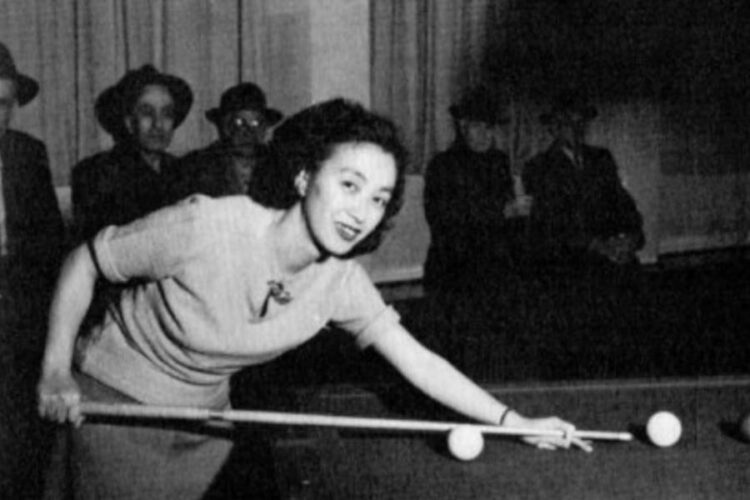 Masako Katsura, a well-known athlete, was born on March 7, 1913, in Tokyo, Japan. People popularly know her as “The First Lady of Billiards”. In 1952, she became the first woman to win the World Three-Cushion Billiards Championship.

A Bit to Know About Masako Katsura

Masako Katsura was a simple, ordinary child like us. She had 4 siblings: 3 sisters and a brother. When she turned 12, her father passed away. However, Katsura’s mother was strong enough to raise her kids alone with dignity. After her father passed away, Katsura moved in with her older sister and brother-in-law, Tomia Kobashi, who owned a billiard parlor.

At the age of 14, Masako Katsura started playing billiards. Born in Tokyo in 1913, Katsura was raised in a traditional household. When her father passed away, her mother always stood by her side like a pillar, so she didn’t feel lonely. Since Masako was a child, she has struggled with her health issues. So, her mother encouraged her to play billiards to boost her stamina, mental peace, and physical strength.

Billiards became popular in Tokyo in the 1920s. Katsura gained expert billiards skills in the pool hall run by her brother-in-law. She used to practice a lot and worked very hard to brush up on her skills. Through intense hard work, Katsura won her first championship when she was 15. Following her father’s passing, Katsura was handed to her older sister.

When Katsura won a championship at such an early age, she came into the limelight and drew the attention of many. The news of her popularity didn’t leave Japan’s champion, Kinrey Matsuyama. He was touched by seeing Masako Katsura’s hard work and achievements at such a young age. From there, he became the new mentor for young Masako Katsura. With the aid of her instructor, Katsura developed new gaming skills and moved one step further to fulfill her dreams.

When Katsura participated in Billiards tournaments in Japan, she didn’t only win the game but also the hearts of people. She then started appearing in numerous interviews, events, and billiards exhibitions as people wanted to see her everywhere.

She gathered a lot of admirers in no time. For the audience, witnessing a young woman’s extraordinary skill and talent was enthralling.

In 1947, Katsura encountered Vernor Greenleaf, who was working as a master sergeant with the American Army during that time. At that time, Greenleaf was sent to Tokyo’s Haneda Air Base, where he met Katsura.

Greenleaf was drawn to Katsura and asked her to teach him basic billiards tricks. Soon, the couple fell in love and decided to tie the knot. They exchanged vows on November 30, 1950.

In 1950, World War II harmed the economy and did great damage to sports. However, after the war ended, Masako began focusing on regaining her reputation and performed in a one-woman show for Japanese soldiers. She entertained the American troops with billiards feats, which eventually helped her gain international recognition. A USA champion called Welker Cochran invited her after hearing about her brilliant skills and grace in the media. Following her marriage, Katsura relocated to California in 1951. She was amazed to learn that billiards in the USA was merely a male sport. Unlike in the USA, where only men could be seen, women used to work and play in billiards halls in Japan.

How Did Masako Katsura Become the First Lady of Billiards?

Together, Welker Cochran and Katsura advocated women’s entry into the US billiard world. Katsura even got the name a real Japanese Cue-tee’. However, some highly experienced billiards players acknowledged Katsura for her skill and admired her game. Additionally, she earned the moniker “the first lady of billiards” in 1952 as she was the first woman to participate in an international billiards competition.

Soon, people began to know her worldwide. She proved that the game of billiards is not only meant for men. Both men and women can play it, irrespective of gender. In the 1950s, Katsura proved herself in almost every international championship. However, when she lost to Harold Worst, she eventually decided to retire.

The Last Breath of Masako Katsura

After winning several Japanese billiards tournaments, Katsura started appearing in television interviews, exhibitions, and public events. She also wrote billiards books: “Improve your Billiards” and “Introduction to Billiards.” When Katsura lost the match against Worst in 1961, she decided to retire and not participate again in billiards tournaments anymore.

Other than this, according to speculations, her husband Greenleaf did not appreciate when others made remarks or comments about his wife. In 1995, Masako Katsura took her last breath in her sister Noriko’s house. On that day, we lost a gem of a person and a great athlete! But her deeds and sportsmanship will always be remembered and will stay in our hearts as an inspiration forever.