Meet The 3 Children of Katherine Heigl 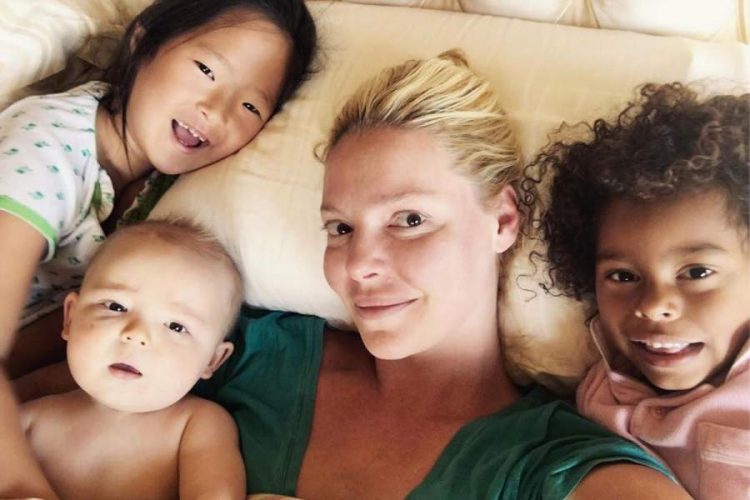 Katherine Heigl is a popular American actress and former fashion model. She began her career as a child actor and debuted in the film titled That Night. Katherine Heigl net worth is $30 million. She got blacklisted from Hollywood because of her frank comments about some of the films and TV series. But currently she is getting a chance to act in a few TV series. She is going to act in an upcoming TV series titled Woodhull. On 2006 she got engaged to singer John Kelly. They decided to live together only after their marriage. Then this traditional couple married at Park City, Utah on December 23, 2007.

Heigl is a successful actress because she has acted in some of the well-known TV series and films. Her films like 27 Dresses, Ugly Truth and Knocked Up are the favourite movies of many people. Moreover, she also played the role of medical intern Dr Isobel “Izzie” Stevens in the popular drama Grey’s Anatomy. Many critics consider her as a good choice for rom-com roles. Then she departed from the film roles and focused more on Television. Heigl also wanted to spend more time with her family at that time. Later her negative comments about the entertainment industry also damaged her career. But she is slowly trying to make a comeback in the industry.

An actor’s popularity in the entertainment industry is not certain. But Katherine Heigl has something more important than her career and that is her family. She loves spending time with them. She posts pictures of her children in social media which are adorable. If there is any special occasion, we can expect Heigl to post a picture of her family in social media. Like all mothers, it was difficult for her to adapt to motherhood but daily she is learning new things about her kids.

Sometimes she says that she has doubts if she is doing everything right or not. After becoming a mom, she became more fearful. As she suffered the loss of her teenager brother because of injuries, she always worries about her kids. So because of the great concern she has for her kids, she is afraid of doing anything wrong.

On September 2009 she and her husband Kelly decided to adopt a kid from South Korea. Then they named the girl Naleigh and she is the apple of their eyes. They welcomed her into the world on November 23, 2008. Heigl described her second child Adelaine as bossy and fierce. But she is a funny girl and has bought a sense of purpose in her life. She shared that her daughters are extraordinary and they are a gift from heaven. About her third child, Heigl shared that he is the one who gave her the chance to experience pregnancy. As he is a toddler he likes to play with toys and spending time with his elder sisters. Katherine Heigl kids are all equally loved by their parents.

The three children of Heigl are the ones that make her life happier and wonderful.