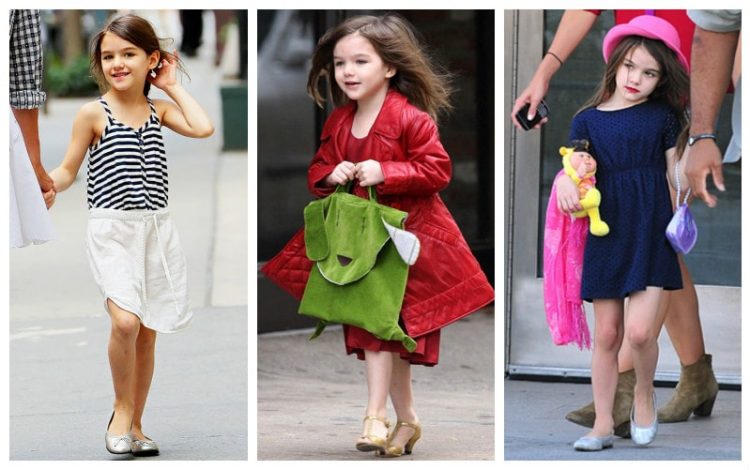 Many people like to know about the facts about celebrity kids. That is why the paparazzi follow the kids and take pictures of them for the public to see. We can find them shopping, eating and playing in some of the hot spots in California and New York. At a very young age, the kids are famous because of their parents. Here we have gathered information about some of the famous celebrity kids. Have a look at it and enjoy it.

Violet Affleck is the daughter of actor Ben Affleck and actress Jennifer Garner. She is fourteen years old now and stands at the same height as her mother. Her parents married in 2004 and they met on the sets of Pearl Harbour. But her parents divorced and Violet spends most of her time with her mother. They have a very close relationship and many fans have spotted them going to saloons together in California.

Violet has one sister and brother named Seraphina Rose Elizabeth and Samuel Garner. The children’s parents are very particular of their kid’s privacy and that is why many photos of them are not available.

From being a child star Jaden Smith has grown up into a handsome young man. He is the son of stars Will Smith and Jada Pinkett Smith. He has two siblings named Willow Smith and Trey Smith. Jaden’s first role was in The Pursuit of Happyness along with his father. The film was a great success and because of that many people came to know about the acting talents of Jaden Smith. Then he acted in films like The Karate Kid and After Earth.

He also is a rapper and singer. He is now twenty-two years old born in Malibu, California. We can expect a lot of amazing things from the young star.

Suri is the fourteen-year-old daughter of actor Tom Cruize and actress Katie Holmes. Her parents are not together anymore because they divorced on June 29, 2012. Her father is one of the most powerful actors in Hollywood and that is the reason why Suri is famous. Many people claim that she resembles her father more. She got named as Suri because the name means Red Rose in Persian. Suri does not have any relationship with her father as her mother has full custody of her. She has a close relationship with her. The names of her half-siblings are Isabella Jane Cruise and Connor Cruise.

Brooklyn Joseph Beckham is an English model and a good photographer. He is the first son of David Beckham a footballer and Victoria Beckham a fashion designer. Brooklyn is twenty-one years old. He is famous because of his good looks as his father. Currently, he got engaged to Nicola Peltz an actress. He is the great dear of his mother and father. As he comes from the Beckham family he always looks effortlessly stylish. He has siblings named Romeo James, Cruz David, and Harper Seven Beckham.

Helene Boshoven Samuel is the daughter of Flavio Briatore and Heidi Klum. Both of her parents are successful people in their profession. Her father is formula one star and her mother is a model and businesswoman. Her birth date is May 4, 2004. Both her parents have got separated but she maintains a close bond with them both. She always looks cute and adorable in the photos. She has step-siblings named Henry Günther Ademola Dashtu, Johan Riley Fyodor Taiwo and Lou Sulola. Helene exercises with her mother often to keep the body fit and healthy.

Apple Martin is the daughter of popular personalities in the industry Gwyneth Paltrow and Chris Martin. Like her parents, Apple is also a good dancer and singer. She is working hard to develop in the talents. Paltrow has always protected the privacy of her daughter from the media. That is why Apple’s social media accounts are private. She is a big fan of her mother’s company called Goop. She has helped her mother to know more about the trendiest products. Apple is one of the most searched celebrity kid on the internet.

Luna Legend is the daughter of famous singer John Legend and model Chrissy Teigen. She came into the world because of in vitro fertilization. Her parents got married in Como, Italy. Luna is a cute girl who wants to be a Disney princess. She is the bright light of her mother’s and father’s life. Luna has a pet hamster called Peanut Butter. She has a baby brother called Miles. The young girl is humorous and likes to have fun in her life. She likes to play with her brother.

Miles Legend is the son of John Legend and model Chrissy Teigen. He is their second kid. The kid is a bundle of joy. Recently the family celebrated the second birthday of Miles. They had a Sesame-Street themed birthday and the pictures were adorable. Miles likes cars, Elmo and Google. He makes the life of his parents happy with his antics. His mother calls him fearless as he is not shy of anything. Many people call him a clone of his dad.

Kaia Jordan Gerber is a popular American model. She is the daughter of the beauty of the nineties age Cindy Crawford and the businessman, Rande Gerber. Kaia Gerber has a brother named Presley Gerber. She started modelling at the age of ten by joining Versace junior. She is now dating actor Jacob Elordi. Moreover, she also has acted in a movie called Sister Cities in 2016. Many people have shared her resemblance to her brother.

Marina is the cute daughter of Friends star Matt Le Blanc. The name of her mother is Melissa Knight. She shares a great bond with her dad. But both of them keep their lives private from the media. Melissa came to the world in 2004 and now she is sixteen years old. Moreover, she does not have a social media account so there is not much information about her. Eventhough her parents are not together she maintains a good bond with her.

These are the interesting information about the cute kids of celebrities. They are kids however they are famous. They have unique talents of their own. Moreover, they are enjoying life.