Millarworld Series and Movies to Look forward in Netflix 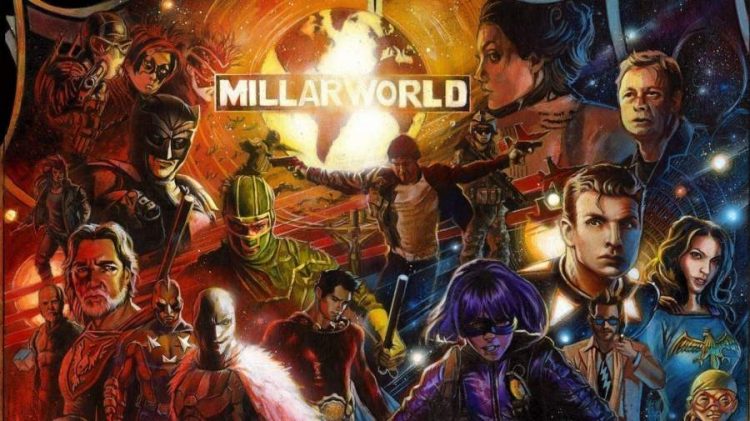 Millarworld is a popular comic book company that started in 2004. Scottish comic book writer Mark Millar began the company. It is well known for publishing books like Wanted, Chosen, The Unfunnies, Kick-Ass and War Heroes. On 7 August 2017 Netflix acquired the company to make series and movies based on its comics. Furthermore, in 2018 the announcement regarding Netflix planning to make films from the comics released. Some of the comics are Empress, Huck and Sharkey the Bounty Hunter. Then the streaming service is going to adapt the comics Jupiter’s Legacy and American Jesus into television series.

Know all the details about the further plans of Netflix here.

What are the films and TV series adaptations?

This comic is the first television series adaptation that is going to get released on Netflix. On 2009 Millar offered the developments regarding the adaptation. The showrunner of the series is Steven S. DeKnight. We can expect the series to release sometime this year. The stars of the series are Josh Duhamel, Ben Daniels, Leslie Bibb, Elena Kampouris, Mike Wade, Matt Lanter and Andrew Horton.

The story of the series is about “the world’s first superheroes”. They receive their powers in the year 1930s. In the modern age, these heroes are the revered elder guard. But their children with superpowers try hard to live up to their parent’s legacy. The Netflix adaptation is going to be very interesting to watch.

The adaptation of this controversial comic is also undertaken by Netflix. This will be a TV series based on the comics of the same name. The story of the series will be about a twelve-year-old boy who finds that he is born into the world as Jesus Christ. He has to save mankind and for that, he has to accept his destiny. The series is under production now.

This Mark Millar comic is about a small-time crook named Johnny Bolt. He recruits a crew to perform one last heist.  This was a hit comic so fans will enjoy seeing it in anime.

The creators of this comic are Lindsey Beer, Olivier Coipel and Mark Millar. The story is about five different families who have magical powers and they try to rid of dangerous threats in the world. Now Netflix is moving forward with the project to create a TV series adaptation.

The Netflix film adaptation of this comic is in development now. Michael Bacall is going to serve as writer and producer of this project. The story of the film will be about Sharkey an intergalactic bounty hunter. He journey’s through the space to capture criminals to get money. He has a ten-year-old partner with him who helps him in his missions.

This comic will also release as a film adaptation in Netflix. The project is in the early development stage. The story is about a resident named Huck who lives in the quiet seaside town. He has an amazing gift that he keeps as a secret. But many people come to know about his secret so he flees from the seaside and his dangerous journey begins.

These are the Millarworld series and movies we can wait for in Netflix. Amazing stories  will be available soon for us. So stay tuned for it.

Also read: Lord of the Rings TV Series would be The Most Expensive Series