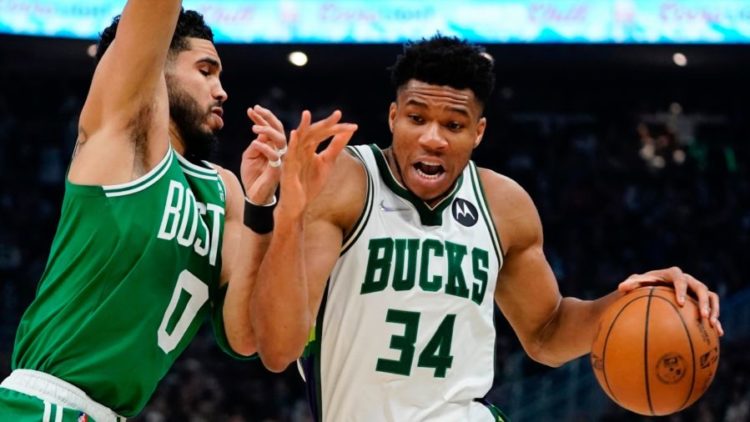 The Milwaukee Bucks felt the heat during the game with Chicago Bulls. But they dropped in the first two games in the first round of the playoff series. Yet the Bucks bounced back well. The star player of the team MVP Giannis Antetokounmpo said that his team is desperate. This plan is going to continue as the team will remain desperate to win against the Boston Celtics. The series begins on Sunday. The Bucks have a history of winning two championships one in 1917 and another in 2021. You can find all the details of the team here.

Khris Middleton will not be playing due to injury

The Milwaukee Bucks are going to face their toughest challenge this season. They will square off against the Celtics in Eastern Conference Semifinals. The series starts on Sunday with Game 1 in Boston. The game is going to get tougher as the Bucks have to play the game without Khris Middleton. He is out of the series because he injured himself as he slipped when driving to the basket. It happened during game 2 of the series against the Bulls.

A report said “The left MCL injury of Bucks All-Star Khris Middleton Grade 2 sprain and he is expected to miss the entire second-round series vs. Celtics”. Further, The Athletic’s Shams Charania posted via Twitter on Thursday. “The recovery of Grade 2 MCL places a potential Conference Finals in jeopardy for him as well”.

The absence of Middleton is a blow for the team. The Celtics entered the postseason as a great team. They are winners of thirty games out of thirty-six. They had a rocky start but managed to become the hottest team of the season. Also, the amazing defense of the team won over Kyrie Irving and Kevin Durant Brooklyn Nets. Nets were the favourite team of the East but the Celtics took their place.

The Bucks need good balance to beat the Celtics

As Middleton is not playing in the game this circumstance can be a huge drawback for the Bucks. The Bucks are not denying that. But they also have a strong stack of supporting players. It is time for them to use them.

The Milwaukee Bucks coach Mike Budenholzer said to ESPN “We miss Khris,” and added, “I don’t think anybody underestimates how important and how effective he is for us. While we don’t have him, we’ve got to be our best all up and down the roster”.

The Celtics must have a plan of action to stop Antetokounmpo. Boston has got two of the game’s great offensive stars. So without Middleton, the Bucks have to prove that they are more than Antetokounmpo. The coach said “We’ve been talking about the depth of the roster, the quality of the roster a lot this season,” and “Other guys have gotten opportunities and played well. Our defense has tightened up. We’ve leaned hard on that these three games’.

The fans have to see who will win at last. Is it going to be the raging Milwaukee Bucks or the red-hot Boston Celtics?

Also read: Chris Paul’s Anger After An Incident Involving His Wife & Mother During The Game 4 Vs. Mavericks: What Happened?