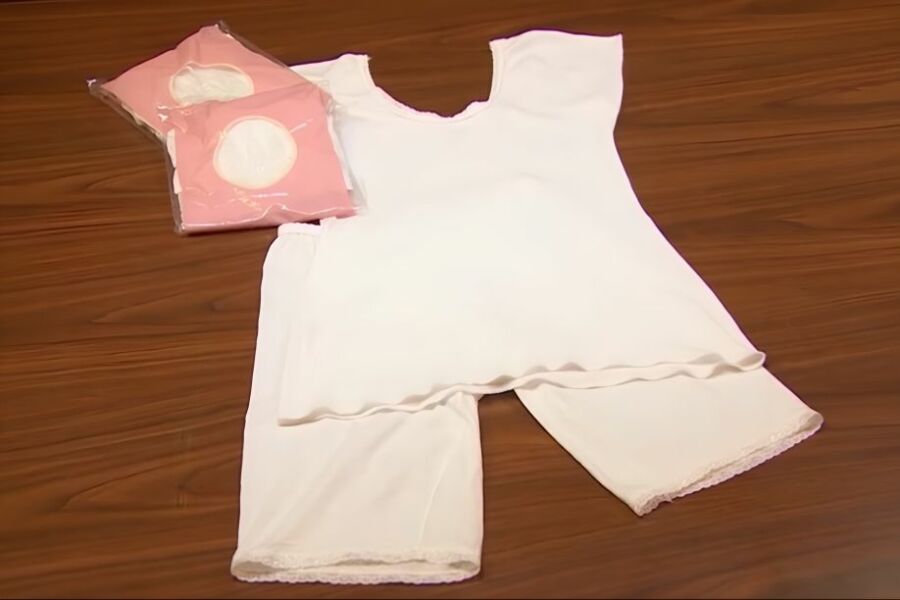 From ancient days religions have various equipments used in their rituals. There are many such artifacts that exist to this day. One such item is the Mormon underwear which is not talked about. These are clothes that are supposed to be hidden. No one can see it or talk about it according to that religion. It is a scared item for the followers who protect it from the public’s eye. For many years the Mormon Underwear is controversial religious item. Like several other religious rituals people are not able to understand the logic behind it.

The curiosity about this underwear rises more from 2012. A Mormon member runs for presidential election. When revealing about his personal life a news channel reveals the person wearing the Mormon Underwear.  There are many people who want to know the mystery behind it. Its significance and why it is a secret item is a talk among many.

The rising curiosity about Mormon underwear

There are many questions that people have about Mormon Underwear. However, people of the religion say that it is not a big deal. They compare this accessory to Jewish Yarmulke. Mormon under wear is a temple garment. Priests of the religion have the habit of wearing it. further, it is an adornment for the elderly members of the church too.

There are many instances in which it is used. During marriage or missionary service Mormons have the ritual of wearing it. It is an accessory for adult members of the religion. Further, in all their ceremonies they expect the adults to wear it. It is a general underwear in white colour. The appearance of its is also similar to a white T-shirt.

The crucial part for Mormons is the symbols in the underwear. The religion as their own symbol that is encrypted in these underwear. Some of the factors this underwear signifies is purity, covenant and a covering for the body.

The hidden secret behind the temple garment

Followers of this religion consider the underwear scared. Due to this revealing it in public is not allowed. The hidden secret is that no one should flaunt it. Plus, even to ach and dry they should not hang it in a place where it is visible to people. Mormons conceal this temple garment. Women and men wearing it also conceal it by covering their legs and knees.

However, how did it become a temple garment is a question that many have. Mormons say that they have the habit of wearing this temple garment form ancient times. They refer to the bible scripture that says how god gave coats of skin and clothing to them. however, wearing temple garment is not a ancient tradition in this religion.

Followers started wearing it only from recent times. Mormonism raises from 1840’s . the founder of the religion also interceded wearing temple garment. Let us see more history about Mormon underwear.

The history of the Mormon underwear

The founder of mormon underwear is John smith. He believed that the need to wear this temple garment is a message from heaven. He introduced it as a holy garment for priesthood. At ancient times priest had a separate temple garment. It is a garment that only showed that they respect god. After the arrival of Christ on earth there was no need to priestly duties.

Jesus was the great high priest from that time. there are no details why Mormons still follow this ancient tradition. After the death founder there are new practices in Mormons. They create a traditional or temple garment. This history of Mormonism makes the follower to wear temple garment till this day. Mormons believe that it is their temple garment that helps them remain faithful.

However, in the moder age this traditional practice is reviving more limelight. Due to lack of proper details about its significance people are curious to know about it.

Temple garment a tradition of Mormons in 21st century

America has a highest Mormon population. At 2012 a Mormon also a politician Romney ran for elections. During his campaign people made his private life public. There is a picture of the presidential candidate wearing the traditional Mormon underwear. After this, the controversy about Mormon underwear spread like a fire. there are many people curious about the garment after this controversy.

It is a topic that receives more scrutiny. There is a rumour about the garment that creates more buzz. People believe it has magical powers. Later, the church confronts that there is nothing magical about the underwear. The cause of this rumour is that Mormons believe several myths about it. Mormons wearing it say how it saves them in dangerous situation.

They believe that it saves them car crash or any other accident. After the church’s answer that the garment is no magical people there is a halt in such rumours. The Mormons also say  that this sensitive topic affects them.

The modernisation of the temple garment

After these issues about Mormon garment there are many followers who speak about it. Women in this religion bl;eiev that there needs to be more details about the temple garment to the public. They think that telling more about its significance can reduce curiosity about it. apart from the rumours there are other issues regarding the temple garment.

Some Mormons have a tough time wearing these garments. There are church members who have wrote letter to the president of the religion. A woman talks about how they should modernize this undergarment. She suggest that the fabric of it should be more breathable. Another member also suggest to have buttery soft waistband as it will not cut into their spleen.

Another woman follower is vocal about the underwear to New York times. The woman says that there is a need to modernize this traditional underwear. Several woman of this religion proceed with this petition through their social pages too.

Mormon underwear is a part of Mormon religion. There are no details about how accurate their basis is for wearing the underwear. However, the fact is that they are wearing this garment as a tradition. Recently, there are several controversies about modernising these traditional underwear.

Also read: 6 Most Common Underwear Mistakes Made by Women Which Need To Be Avoided Right Away