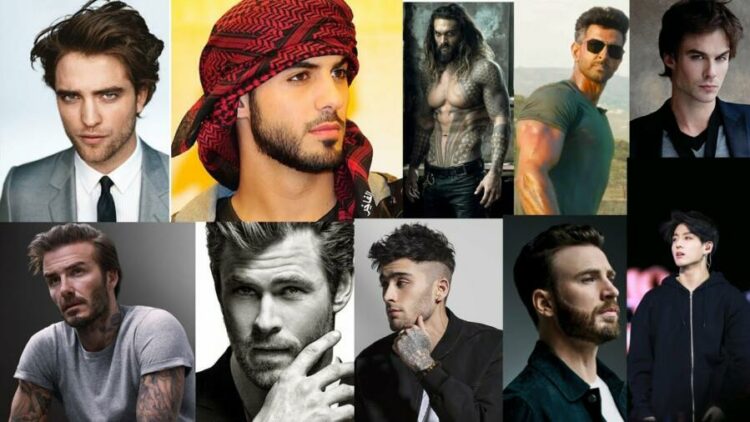 For a long time, people have been curious to know about the most attractive men in the world. In fact, this trend has been there among people for a really long time. There are so many fields of activity and in each field, there are good-looking men. In fact, there are some men who would definitely blow your mind with their looks and personality. If you go through the pages of any history book on ancient times, there too you will find that there are stone statues of muscular and attractive men. Therefore, the obsession of people with attractive men is a really old one and in modern times, this obsession has increased a lot.

The reason behind the increased obsession with the most attractive men in the world is the growing influence of social media and the internet. In different fields of activity like acting, sports, music, business and many others, there are many men who will blow your mind. Moreover, nowadays, the social media platforms like Instagram and Facebook, have become virtual modelling platforms. In fact, there are many handsome men on these platforms, who have millions of followers. Therefore, in such a scenario, this discussion becomes even more significant. If you wish to know more about the most attractive men in the world, then this article is the perfect stop for you. Keep reading this article to know about those men who are too hot to handle!

It is really a difficult task, to select a handful of men in the list of the most attractive men in recent times. This is due to the fact that there are so many fields of activity and in them, there are many men worthy of a mention in this list. However, here goes a list of ten men who will blow your mind, not only with their looks but also with their personalities:

Talking about the most attractive men you cannot miss out on the Hollywood superstar Paul Stephen Rudd. In fact, in 2021 People magazine vested the title of “sexiest man alive” in Paul. This comedian, actor, producer and screenwriter is already famous for his acting skills. In fact, his career never experienced a downward trend, much unlike many of his peers. Though he is 52 years old, it is really difficult to guess his age from his ever-green looks.

This famous actor from India is already famous for his acting and dancing skills. In fact, born on January 10, 1974, he appeared in a number of movies as a child actor. But now, he is one of the stars who can take the box office by storm. Debuting with ‘Kaho Naa Pyar Hai’, he went on to star in a number of hit films like ‘Koi Mil Gaya’, ‘Krrish’, ‘War’, ‘Super 30’ and many others.

With a muscular body and beautiful hazel-green coloured eyes, he is popularly called the Greek God. Various globally famous magazines like Vogue, Glamour UK, and Eastern Eyes, have adjudged him the world’s hottest man.

David Beckham is a name which any football fan would recognise instantly. In fact, he is one of the greatest footballers in the world. He also made headlines after his marriage to Victoria Beckham in 1999. At present, he is the co-owner and president of Inter Miami CF. At the same time, he also co-owns Salford City.

Some of the famous clubs for which he played, include Manchester United, Real Madrid, Paris Saint-Germain, AC Milan, and some others. Together with this, he also played for a long time for the England National Team.

Apart from that, People’s magazine adjudged him as one of the sexiest men to walk on this earth.

This famous South-Korean singer, songwriter, and actor are also known popularly by his stage name ‘V’. He is a vocalist of BTS, a popular musical band. In fact, two publications voted him as the Most Handsome Man in the World in 2021. One publication is the  Asian News International and the other one is the British publication Nubia Magazine. Therefore, he is a strong contender for a place on the list of the most attractive men in the world. In fact, he is considered to be the most handsome man in Korea.

This Hollywood star is among the highest-paid actors in the world. In fact, Robert Douglas Thomas Pattinson came under the spotlight for his performance in the Twilight Saga. In fact,  the Golden Ratio of Beauty Phi stated that his face is 92.15 accurate. In 2008 and 2009, People’s magazine adjudged him as one of the sexiest men in the world. Thus, he is definitely a strong contender on the list of the most attractive men in the world.

Idris Elba is an English writer, producer and actor. Along with that, he is also a talented rapper, singer, DJ and songwriter. People’s magazine adjudged him as the Sexiest Man Alive in 2018. His masculine body, magnetic personality and appealing face have earned him a place on the list of the most attractive men in the world.

Also read: Season 4 of You Gets a New Release Date, Arriving Early on Netflix