5 Most Sacred Days You Need to be Aware of 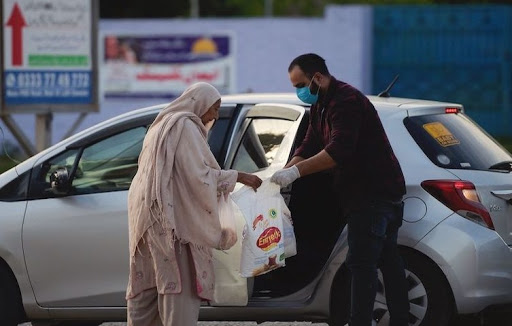 Of the nearly eight billion people in the world, 84% have a religious affiliation. The biggest religion worldwide is Christianity, followed by Islam, Hinduism and Buddhism. Judaism and Sikhism make up the next biggest group. Despite the majority of the world having an affiliate religion, behind Christians, those who do not affiliate with a religion form the second largest group of people overall.

It is predicted that as the world population continues to grow, so too will the number of religious people, so although growing numbers of people identify as having no religion, the world is getting more religious which means everyone needs to be more aware of other people’s beliefs.

The vast majority of religions will have specific days and dates that hold the most significance for them, and regardless of which religion (if any) you follow, it pays no harm to learn a little bit more about what these key days mean to the people around you.

For Jewish people around the world, the holiest day of the calendar is called Yom Kippur. It is known as the Day of Atonement and is marked by a 25 hour fast. It marks the last of the 10 Days of Awe which – according to belief – is the period in which God decides every person’s fate and whether they shall live or die for the next year.

On the day of Yom Kippur, Jewish people repent for their sins and ask for forgiveness in the hope that God may show them mercy for the next year. If you have Jewish friends, family or colleagues, you can expect them to withdraw from work/socialising and commitments on this, their most sacred day.

Christians hold Good Friday and Easter Sunday as their most sacred days. Most of the world is Christian and Christian countries hold a majority which means many communities observe a bank holiday on these days. For orthodox Christians, much time is spent meditating and praying whilst remembering the sacrifice Jesus made when he was crucified on the cross to repent of the sins of mankind.

Muslims hold Laylat al-Qadr as the most sacred time for it is on this day that they believe the Angel Jibril came down and descended upon Prophet Muhammad. It was during this night of power that the first words of the Qur’an – the Islamic holy book – were first revealed and the words of Allah were recited to mankind.

Laylat al-Qadr falls during the month of Ramadan which is a sacred time for Muslims everywhere, so it won’t be uncommon for your Muslim friends and colleagues to observe additional prayers during this time.

Unlike other major world religions, there is no specific day that holds more importance than others for Hindus. Hinduism is considered the world’s oldest religion and the biggest concentration of Hindus live in India. There are a number of notable dates, including Diwali which is the festival of light.

It signifies the successful victory of light over darkness. This is said to symbolise good winning over evil and knowledge winning instead of ignorance. Another notable date is Navaratri which is the nine night period of Ashvin which also celebrates good over evil.

For Buddhists, it is Vesak which is their holiest day. It is believed that on this day – the first full moon of Vesakha – the Buddha was born. Vesak is observed as a celebration of the Buddha’s birthday, but some also use it as a mark of his enlightenment.

It is celebrated in many ways, including going to the temple to pray, chanting, reflecting on the Buddha’s teachings, sharing food with people and releasing lanterns.

These are just five of the holy days for various religions you need to be aware of so that you can respectfully and appropriately support those around you.

Also read: 20 Weird and Scary Facts About Death That will Surprise You